Plants and soil organisms are tightly linked. In fact, plant species leave distinct local legacies in the soil and its microbiome. It was unknown how long these legacies persist, and what happens to it when new plants colonize soil with a legacy. In our new study, we tried to answer these questions.

In 2015, a new project was funded by a Dutch Research Council NWO VICI grant, awarded to Martijn Bezemer at the Netherlands Institute of Ecology. The project aimed to unravel living microbial legacies that plants create in the soil. The team investigated how soil legacies would influence plant communities, and relationships between plants and other organisms. I was fortunate enough to be the first researcher joining the team, working to obtain my PhD degree. I was a freshly graduated entomologist, with little awareness of the belowground world. (I like to think that this has changed a bit since.)

Over the course of my four-year PhD trajectory, the team was expanded with another PhD candidate, several postdoctoral fellows, as well as several technical assistants. Each member had a unique skill set that covered a different aspect of the plant-soil puzzle. Community ecologists, chemical ecologists, microbiologists, plant ecologists and entomologists worked hand in hand. It felt normal at the time - we had a great synergy - but looking back now, I know it was a special place that I think back of with great gratitude.

In regular project meetings, we discussed current experiments, future ideas, potential collaborations, and team practicalities. I had, by the time the team was complete, finished several successful greenhouse experiments. It is important to note that to test for soil legacy effects experimentally, you first need a soil with a legacy. Usually, this is done by growing plants for a period - usually roughly three months - in a field-collected living soil. A common theme in our meetings was this so-called conditioning phase. It was a long, but very important process. As scientists rarely have the luxury of unlimited time, we brainstormed possible ways to always have soils with a specific legacy available. One option would be obtaining soils from one of several running plant community experiments at our field site. However, field communities can be difficult to fully standardize, a prerequisite for understanding the role of soil legacy effects in ecology. We came up with the idea to maintain replicated monocultures of six different plant species in field soil, each in individual 200L containers. It took some effort to fill the containers, and plant them with pre-germinated seedlings, but within a couple of weeks, we had our monocultures set up in the institute's backyard.

A critical reader may think, "but what about these monoculture legacies? Are they dynamic, or do they reach a 'steady-state'?" - a good question, that also bothered us, and that we could not answer at the time. And so our container project, which was born out of practical needs for soils with a legacy, quickly turned into one of our common project experiments. Over the course of one year, we regularly collected soil samples in each container, and characterized bacterial and fungal communities. We found that the plants indeed all quickly created unique legacies in the soil microbiome, but we also observed that microbiomes differed strongly with every sampling point. In other words, there was no sign of a steady-state in soil legacies (Hannula et al. 2019).

In a later project meeting, we discussed these findings, and what they would mean in terms of practical and ecological implications. It appeared that the legacy that plants leave in a soil, are strongly confounded by the duration of conditioning, and potentially seasonality. If plants do not steer their soil microbiomes into a specific steady-state, but their soil microbiomes keep changing, what would this mean for soil microbiomes over longer time, when the initial conditioning plants disappear and new plants colonize and condition the soil? These were questions that kept us puzzled and led us to the idea for our latest work. What would happen with the microbial legacies in the soil of the six plant species, if we would expose them to another round of conditioning, by each of the six plant species? Would conditioning of different legacy soils by the same plant species create a similar pattern in the soil, regardless of what grew in it before? Or would we find that the 'current plant' legacy would still have remnants of legacies from before? We were not aware of any study that had explicitly answered these questions. And so our container soils - again - were repurposed.

Our experiment was straightforward, and based on our established containers with conditioned soils. Each monoculture container was cleared of aboveground biomass, split up into six intact soil monoliths that were placed in separate containers. Each container was then conditioned by one of the six plant species that were used in the first year. This was somewhat challenging team work, because 200L containers filled with soil are heavier than the average plant container. For the following six months, we  characterized the microbial communities and at the final harvest, we sampled microbiomes inside the plant roots.

Our results, which are now published in Nature Communications (Hannula et al. 2021), suggest that the microbial legacies that plants leave in the soil are species-specific, yet dynamic, but also remain present and potentially influential for several months after removal of the first conditioning plants, after new plants have taken over and created soil legacies of their own. What this means is that even after a conditioning phase of five months, soils still harbor microbial legacies from plants that grew in the soil before. Any soil will likely harvest a unique cumulative legacy, created by the species that grew in that soil. A particularly interesting aspect, is that a microbial legacy of the 'previous' plant also persists inside the endophytic compartment of the 'current' plant's root system, five months after planting. This suggests that an early uptake of microbes into the roots takes place, where the communities remain conserved to some extent. Although based on our study, we can only speculate to the effects of the uptake of such a legacy microbiome, it is plausible that through this, microbial soil legacies may affect plant growth at much later plant ontological stages.

Our study reveals that every soil has a legacy, and that legacies live on as new plants colonize and create legacies of their own. As so often in ecology, processes prove to be more complex than they initially seem. The soil legacy puzzle is still far from complete, but our findings may pose an explanation as to why soil legacies and plant-soil feedbacks are so hard to predict, as accumulated legacies from the past may cloud our understanding.

Our project has now ended, and I think it is safe to say we all gained great insights, academically and beyond. All team members have gone their separate ways, and since a couple of weeks all team members have left the institute. I do believe that the team's legacy lives on, in the friendships, in our written collaborations, in our memories, and quite possibly in some patches of soil in the Netherlands. 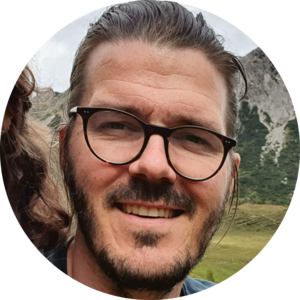 I'm an ecologist that focuses on the interface between above- and belowground organisms. Most of my work involves plants, and the organisms they interact with, ranging from bacteria, to fungi, to insect herbivores. I started my academic journey mostly based in entomology, but have since developed an interest in plant and soil ecology.

During my PhD research at the Netherlands Institute of Ecology (NIOO-KNAW), I have spent a lot of time studying soil legacy effects, what they are, how they work, and what effects they may have on plants and insects.

Currently, I'm a postdoctoral researcher at the Technical University of Munich, where I work on various projects involving plant microbiomes, beneficial microbes, effects of climate change on plant-mediated interactions, intraspecific phytochemical diversity and insect communities, and the ecological effects of light pollution.