Predicting species responses to changing environmental conditions might be complicated by species interactions. We explored how predation might affect herbivore's adaptive capacity to deal with high temperatures in South-Africa.

One of the fun parts of field work are the nightly gatherings where scientist and park staff come together for some social activities. Working in tropical savannas this comes with additional excitement as you drive back home seeing all kinds animals that you don’t or rarely see during daytime. It’s a different world out there. An observation that stuck with me since my PhD field work is that the rate at which you bump into the largest animals, e.g. elephants, rhino’s, buffalo, is way higher at night than during daytime.

Around the same time a fellow PhD student and her supervisor Joris Cromsigt, also working in Hluhluwe-iMfolozi Park (South-Africa), observed that dense vegetation plots were more frequently used by white rhino’s than open plots. The hypothesis that these megaherbivores prefer shady habitats and nocturnal activity for thermoregulatory reasons seemed plausible. It didn’t take long to expand these observations to a more general concept of a tradeoff between predation risk and thermoregulation mediated by body size, where small herbivores were expected to be active during the day and large herbivores active during the night.

Zebra's walking in the heat at noon in Lake Manyara National Park, Tanzania.

Joris and I went off to test this hypothesis using the camera trap surveys done in the park by Panthera over the years. It didn’t take long before we had a story ready describing this tradeoff beautifully with real data, including some iconic species (e.g. bushpig) as the exceptions proving the rule. Most small species were diurnal, most large species nocturnal and intermediate-size species showed crepuscular activity patterns. This made perfect sense as we generally scheduled our own fieldwork between dawn and mid-day to avoid being scared to death on the one hand and a heatstroke on the other. Nevertheless, our data was correlational, so not necessarily evidence of a tradeoff. Were predation and thermoregulation indeed the driving processes of herbivore activity patterns?

Male lion resting in the shade during daytime in Serengeti National Park, Tanzania.

We needed to show that these intermediate-sized herbivores would become nocturnal in the absence of predation and/or that megaherbivores would be more active during the day when in cooler areas. The latter one is tricky because these cameras are triggered by temperature differences, but the former was possible if we could compare protected areas with and without large carnivores.

So we contacted Guy Balme, our collaborator from Panthera, and asked whether they maybe had done surveys in other areas without lions which we could use as a comparison. Turned out that they had done surveys in 32 different protected areas across South-Africa of which about half had lions. Lions have been extirpated across almost all of South-Africa mid-way the past century but have been reintroduced in many areas. Panthera’s camera traps surveys, initiated to study big cats, thus allowed us to “experimentally” investigated the trade-off between predation risk and thermoregulation. True experiments with large carnivores are extremely rare or non-existent and this design is probably the closest we will get to replicated manipulations of carnivore effects.

The reversed timescapes of risk and heat have important consequences for the adaptive capacity of large herbivore to global warming. Maybe more important is that not all species respond in the same way. Their responses are most likely related to thermoregulatory traits and anti-predator strategies. Would it be possible that the predation-thermoregulation trade-off serves as an additional dimension of niche partitioning?

Our study demonstrates that species interactions change the set of possible responses to deal with a changing climate. We have focused on predation, but other interactions like parasitism, competition or positive interactions might all change the predicted responses of species to a changing environment. We are just beginning to unravel these complex interactions leading to context-dependent adaptation. I strongly believe we can learn a lot from these large-scale monitoring efforts, like the camera trap survey by Panthera, especially when undertaken across environmental gradients and/or combined with real-worlds experimental manipulations. 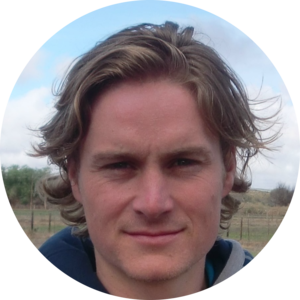