Here, we find a synonymous substitution in black mussel (Mytilisepta virgata) that is closely associated with the upper thermal limit and own divergent gene expression profiles among mussels inhabiting shaded and sun-exposed microhabitats.
Chao-yi Ma and Yun-Wei Dong
2 contributors
Like Liked by Evelina Satkevic and 3 others
0

Synonymous mutations are shown to affect the gene expression profile and interact with microhabitat heterogeneity to influence thermal resistance in black mussels.

Understanding how natural populations adapt to changing thermal environments is of key interest in global change studies. For species with limited dispersal abilities, the changes in thermal adaptation resulting from genetic variations can play important roles as an initial buffer to counter stress. Synonymous substitutions often described as silent substitutions can have the power of affecting multiple aspects of gene expressions as well as other related biological processes, including transcription, splicing and transport of mRNA, and protein translation, and consequently alter phenotype, making the synonymous mutations non-silent. So far, some promising studies have provided direct evidence that synonymous mutations in certain genetic regions can have fitness effects and contribute to changes in adaptive traits. The question remaining is whether or not these mutations have ecological importance related to adaptation in natural populations facing different thermal environments, especially in the microhabitat scale.

Meanwhile, it is often found that the adaptive effects of genetic variations have interactions with environmental heterogeneity and generate joint influence on adaptive evolution. In certain natural habitats like intertidal zones, the environmental variations at the microhabitat scale are dramatic and can even exceed the differences found over much of the latitudinal geographical scale. The black mussel Mytilisepta virgata is a widely distributed intertidal bivalve native to the Indo-west-Pacific. During the summer season, the black mussels living on different microhabitats present widely different levels of heat stress in their natural habitats. While the mussels can be safe in shaded microhabitats with benign temperatures, individuals inhabiting sun-exposed microhabitats have to endure long-term sublethal heat stress in summer and face occasional extremely high temperatures reaching or exceeding their lethal limits. Thus, the effects of adaptive synonymous mutations on thermal resistance and the possible interactions of the adaptive mutations to small-scale heterogeneity of the thermal environment have been taken into consideration in this study.

It is interesting to mention that this study began with the brave attempt of a young man, one of the co-authors Chao-Yi Ma. In the summer of 2021, he just passed his sophomore year; and during his study of bioinformatic course, he found his massive interest in bioinformatic analyses. Following the instructions from his supervisor Yun-Wei Dong, the corresponding author of the article, Chao-Yi put his focuses on re-analyzing the double digest restriction site-associated DNA sequencing (ddRAD) data constructed by his senior Guo-Dong Han, using the genome of the mussel that was sequenced and annotated by Yue Tan. This sequencing dataset contained the genotyping information from 64 black mussels collected in different seasons, of which 21 were collected on April, 23 in August, and 20 in December. Guo-Dong also got the thermal-resistant traits of these 64 mussels by measuring the heart rates with temperature ramping from room temperature to lethal temperature. Guo-Dong found some loci are associated with the thermal limits of the mussels, as indicated by the cardiac performance, with seasonal changes in genotypic frequency; Due to the lacking of genomic information, however, the molecular mechanism underlying these loci remains unknown. Yue Tan, another co-author of the paper, built a high-resolution complete genome of M. virgata. Consequently, Chao-Yi aligned the sequencing data to this genome and identified the loci following the genome-guided method. After conducting a phenotype-genotype association analysis, he found one locus (1881663_28) was the most significantly associated with the upper thermal limit of the mussels and further validated it as a synonymous mutation at the seventh exon of the Ubiquitin-specific Peptidase 15 gene (USP15).

Following this trail, Chao-Yi and Yue conducted experiments and analyses on how this substitution influences the USP15 expression profiles. Interestingly, facing sublethal temperatures, the wild-type mussels namely those carrying no mutation exhibited higher inter-individual variations in USP15 expression than the mutant mussels carrying the synonymous mutation. More interestingly, the variations in USP15 expression were also related to microhabitat heterogeneity, only those wild-type mussels from sun-exposed habitats showed excessive up-regulated expression. because the USP15 was the powerful inhibitor of mitophagy, one protective mechanism when organisms face high temperatures, the excessive upregulation could potentially lead to lethal effects.

Overall, this study shows the adaptive synonymous substitution in USP15 can arm the mussels with advantageous traits against thermal stress, and to the best of our knowledge, this is the first study to show a synonymous mutation have the power of facilitating the thermal resistance of natural populations and contributing to the microhabitat-specific adaptation. More future studies in climate change biology are still in need of investigating the underappreciated effects of adaptive synonymous mutations. 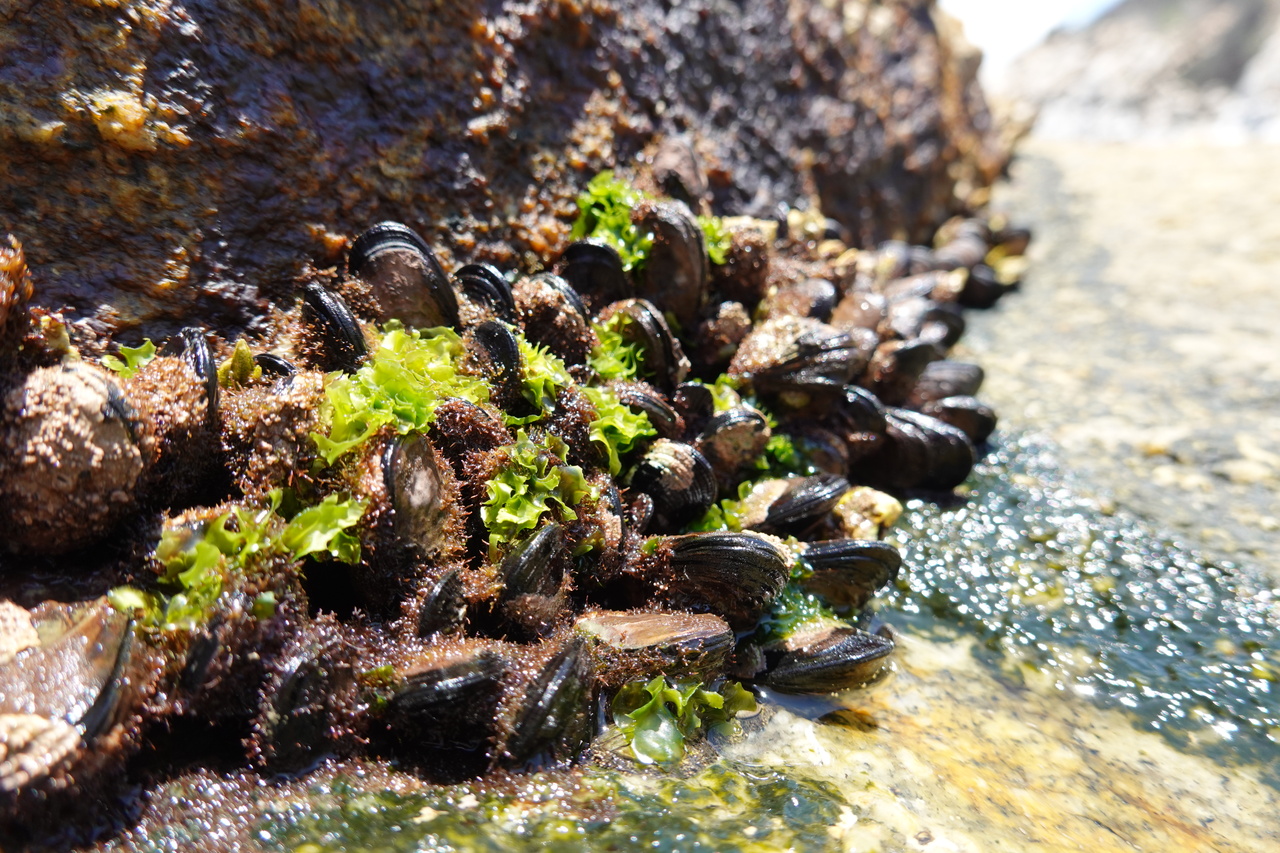 Here, we find a synonymous substitution in black mussel (Mytilisepta virgata) that is closely associated with the upper thermal limit and own divergent gene expression profiles among mussels inhabiting shaded and sun-exposed microhabitats.