Looking for dinosaurs in the Andes of Argentina

Hechenleitner et al. describe two new titanosaurians and the finding of numerous accumulations of titanosaurian eggs in La Rioja, Argentina. This study suggests nesting site philopatry among Titanosauria and that this clade was spread throughout southern South America at the end of the Late Cretaceo…

Today, Quebrada de Santo Domingo is entirely different from the times when the gigantic titanosaurian dinosaurs roamed what is now Northwest Argentina. This small Andean valley is the gateway to the Laguna Brava Provincial Park, a reserve for flamingos and other high altitude birds. Massive red-colored sandstones dating back from the Mesozoic Era and a reared, thin air atmosphere, which the locals call puna, dominate this breathtaking landscape. More than 3,000 m high, the vegetation is surprisingly sparse and the weather is hostile—no shelter from the sun during the day, freezing temperatures at night. Excavating dinosaur fossils here is a tremendous logistical challenge.

The first discoveries in this enigmatic locality occurred in the 90s when Tim Coughlin and Rod Holcombe found a pair of heavily eroded dinosaur vertebrae during a geological field trip. Still, the lack of exact coordinates frustrated several efforts to find more fossils in subsequent decades, including our first ten-day prospecting attempt, in March 2015. Despite the failure, we decided to return after the winter snowfalls. After another ten days of walking at a slow pace, the first fossils appeared and —what a surprise!— they were not bones but eggshells! Some of them were embedded in the sandstone, forming slightly flattened lentil-shaped circles. Unmistakable silhouettes of eggs cut by the erosion! After a few days, we were able to extract a partial cluster of semi-spherical eggs, about 14 cm in diameter. The bones waited another year to be discovered. In the following expeditions we unearthed partial skeletons of two new titanosaurian species. The smallest, no longer than 7 m, is called Bravasaurus arrierosorum. The other one is much larger (~20 m long), and we named it Punatitan coughlini. Information obtained from the specimens suggests that both species are closely related to titanosaurians that not only inhabited the Bauru region in Brazil but also the Argentinean Patagonia. Therefore, the new fossils help us to better understand the distribution of this group of dinosaurs across South America.

Around seventy million years ago, in times of Bravasaurus and Punatitan, the Andes were an incipient mountain range. The geological record tells us about meandering rivers and episodic floods. These events buried some dinosaur skeletons and preserved an overwhelming amount of eggs laid in several nesting seasons. Current evidence indicates that their producers were titanosaurians, but which ones? Why did they choose this site as a breeding ground over and over again? Perhaps other animals, such as theropods and crocodilians, thrived there as well! COVID-19 may have thwarted our plans to return to the field in 2020, but the enthusiasm for answering these questions remains intact. 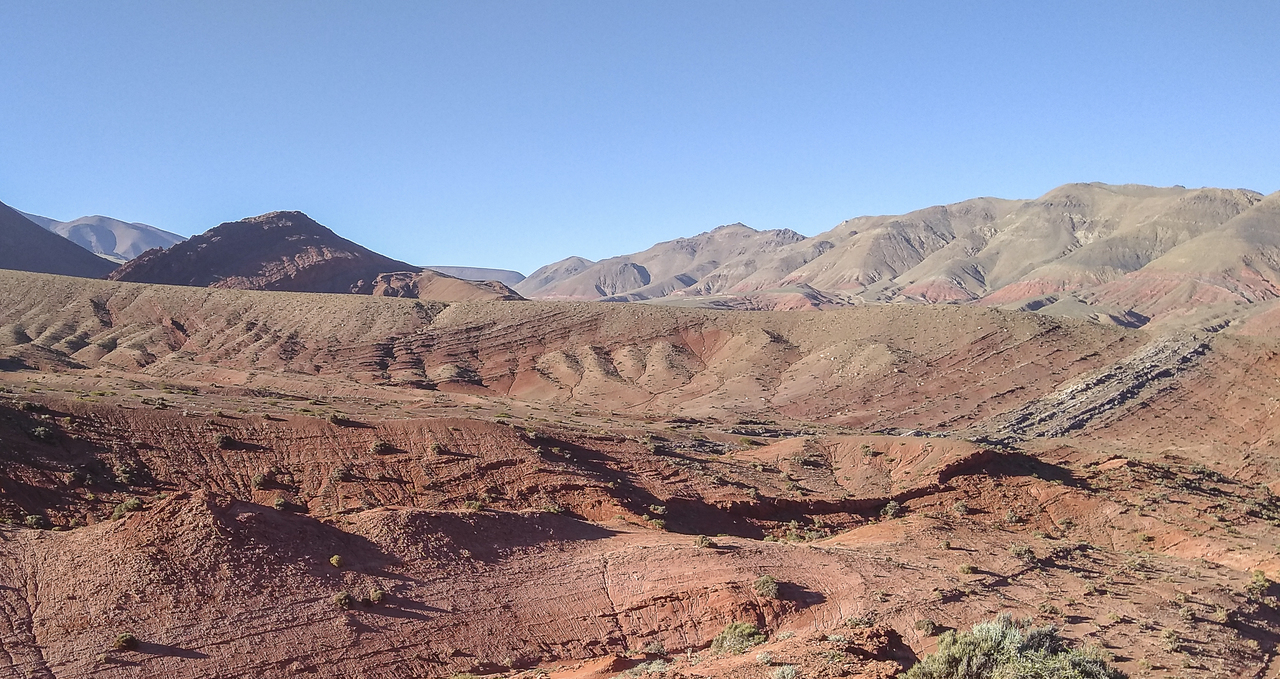 Looking for dinosaurs in the Andes of Argentina

In a remote site of La Rioja, Late Cretaceous rocks preserve many fossil bones and eggs that belonged to plant-eating dinosaurs called titanosaurians. New species and the remains of extensive nesting ground reveal clues about their diversity and reproductive behavior.