Exceptional multituberculate fossils reveal that mammals were burrowing and nesting together 75.5 million years ago in Montana, USA

My side of this story begins in the summer of 2015 around a campfire in the Hell Creek region of northeastern Montana where my soon-to-be Ph.D. advisor, Dr. Gregory Wilson Mantilla, said to me, “So, you’re interested in multituberculates? We’ve got some material back at the lab you should take a look at, those specimens might be something you could cut your teeth on.” Little did I know that this brief statement would lead me on a path to studying some of the most spectacular mammal fossils ever discovered from the Mesozoic, the ‘Age of Dinosaurs.’

Greg was referring to a partial skull and skeleton of a multituberculate mammal from Egg Mountain, a fossil locality from northwestern Montana made famous by Jack Horner when he described the first North American dinosaur nests from the site in the late 1970s. In 2010, Dr. David Varricchio (Montana State University) re-opened the Egg Mountain quarry in search of more dinosaur nests to better understand reproductive behaviors in dinosaurs. In 2013, as he and his teams began uncovering beautiful specimens of mammals and lizards, he teamed up with Greg in an effort to better understand life on land ca. 75.5 million years ago. When I started at the University of Washington, Dave’s field crews had already collected hundreds of specimens that were awaiting preparation and study; including those multituberculate mammal fossils.

Multituberculates, named for their bizarre multi-cusped teeth, were mostly small (< 1 kg) omnivorous to herbivorous mammals. During the Mesozoic, they were arguably the most successful group of mammals—they were extremely abundant, evolutionarily and ecologically diverse, and are one of the longest-lived mammalian lineages (ca. 130 million years). Most of what we know about this important group, however, comes from their tiny teeth and jaws; so, the fact that Dave and his field team were finding partial multituberculate skeletons was a big deal! But that was just the tip of the iceberg…

From 2016 to 2017, masterful fossil preparation work by Bob Masek began to reveal even more complete multituberculate material, including near-complete skulls and skeletons. But what was even more exciting was that these exceptional specimens were never found in isolation; instead, multiple individuals were found closely packed together! This is when we knew we had something truly special. So, as Bob continued to free more and more multituberculates from the concrete-hard Egg Mountain rocks, Greg, Dave, Dr. Eric Sargis (Yale University), Dr. Meng Chen (formerly at Nanjing University), Willie Freimuth (formerly at Montana State, currently at North Carolina State), and I got to work studying the material.

Over the next three years, we discovered that all of the Egg Mountain multituberculates belonged to a single species (Filikomys primaevus), they consisted of both adult and subadult individuals, and their skeletons closely resembled those of modern burrowing mammals (like chipmunks). These facts, coupled with the way the specimens were preserved and the geology at Egg Mountain, indicated that these animals were likely nesting together in burrows when they died. Taken together, these specimens represent the most complete Mesozoic mammal material from North America, the first occurrence of adults and subadults preserved in close association, the oldest-known case of burrowing capabilities in a multituberculate, and the earliest evidence of social behavior in mammals.

This paper really highlights how important careful field work, fossil preparation, geologic and taphonomic context, and detailed specimen-based studies are in paleobiological research. These mute and fragmentary remains of animals long-dead have enormous potential to advance our understanding of mammalian life during the Age of Dinosaurs, and the stories to be told from Egg Mountain have only just begun. As I reflect back on how this whole project came together, tracing back to a hot summer evening in Montana over five years ago, I am filled with appreciation and gratitude for the opportunity to make one small contribution to our understanding of early mammal evolution.

Understanding the origin of the eukaryotic cell: gene duplications to the rescue 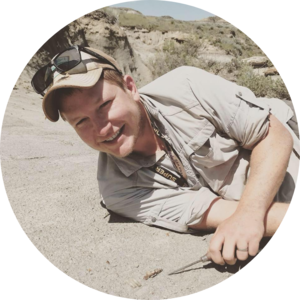