Menu
A community from Nature Ecology and Evolution
Contributor

Many ways to get a Grip in Human Evolution

An investigation into how a 2 million year-old fossil human, or hominin, used her hand leads to some big changes in how we might think about human evolution and how to learn from other disciplines.

At the end of 2015, I was faced with a deceptively simple question: What did Australopithecus sediba actually do with their hands? This enigmatic South African fossil hominin includes an almost complete hand skeleton of an adult female (MH2). The shape of these small hand bones, often not recovered from the fossil record, allowed researchers to infer how the hand could have been used, but not how it was actually used in MH2’s life.

Our hands can be used climb trees, but this behaviour is rare in most adults. Similarly, the long arms and curved fingers, common to Australopithecus species, could have been used to habitually climb trees, but there is considerable debate concerning whether they actually were. To address this debate, we analysed internal bone structure, just beneath the joint surfaces, called trabeculae. Trabeculae change orientation and density to better deal with loads experienced by a bone during life. Therefore, the trabeculae within the metacarpals of the palm and thumb, should reflect habitual hand postures of our fossil ancestors.

We used microCT scanning to non-destructively analyse trabeculae in the metacarpals of humans and other living great apes, as their hand use, during locomotion and manipulation of food or tools, can be observed. Searching for complete sets of metacarpals from wild apes gave me a sense of why these bones are so rare in the fossil record. After negotiations with institutions, and several trips to underground labyrinths housing large CT-scanners, analysis began. Methods existed for analysing this digitised structure within each bone, allowing me to create 3D volumetric maps of trabecular density.  However, statistical comparisons were limited to average values from throughout the bone, or particular sections of it,  which could potentially mask biological differences between species. This was a problem I wanted to solve.

One of my co-authors pointed out that modern shape analysis, geometric morphometrics, does not use pre-defined sections. Around 50,000 landmarks later, this combination of methodologies allowed me to statistically compare trabecular structure across species. Still, to analyse this ‘big data’ in a meaningful way, we needed a technique from even further afield. Luckily, I have many departmental colleagues also interested in mapping density, albeit in their case endangered animals in a rainforest, and they directed me to the Vegan package in R, developed for community ecologists.

The results of this analysis revealed distinct patterns of trabecular structure that fit clearly with how wild apes have been observed using their hands. This was the comparative context I needed to interpret what Australopithecus sediba might have actually done with her hands. MH2 had a trabecular structure in its palm consistent with grasping branches, similar to orangutans, but the structure of its thumb suggested human-like manipulation. Surprisingly, this pattern was different to older Australopithecus species studied, suggesting they may all climb trees in different ways or frequencies, or both. Perhaps then, our ancestors’ transition to bipedalism, and a primarily manipulative hand, may have been one of many evolutionary experiments, prompting new and exciting research questions. 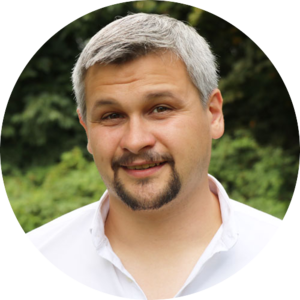