The Congo Basin is home to the second largest stretch of continuous tropical forest, but the magnitude of greenhouse fluxes are poorly understood. Here the authors analyze gas samples and find the region is not actually a hotspot of N2O emissions.

Our pirogue cuts through dark brown river water which perfectly mirrors the blue sky and lush forest around us. From the riverbanks we hear children shouting and the air is heavy from charcoal production. Nothing moves in the humid tropical heat - only a kingfisher cuts the water surface ahead of us. We are on our way to sample a swamp forest headwater stream somewhere east of Mbandaka – a small town in the middle of the Cuvette Centrale which is a large depression of the Congo Basin dominated by swamps and wetlands. As we continue upstream through smaller and smaller tributaries, we soon find ourselves in the midst of an inundated forest where we cannot tell any longer the boundaries of what is still river and what is already forest. We left Mbandaka early in the morning to find the same sampling spot we selected during the dry season six months ago. However, the deeper we push into the inundated forest the harder it becomes to navigate the long pirogue which is carved from one massive single tree. Eventually we stop the engine. We are too deep into the forest where everything just looks the same and it is no longer possible to orient oneself - we are lost. Luckily, local villagers on their way back to their homes after a morning of fishing pass by who guide us back to the “main” stream channel. Still, as we continue upstream the vegetation grows so thick that we have to leave the pirogue behind and wade waist deep to continue deeper into the swamp. Ultimately, we agree that we must turn around and decide to sample further downstream from our dry season site. At the new sampling spot, we teach the local Congolese team of researchers our method of sampling. They now will come back to the same spot every other week, sampling for dissolved greenhouse gases from this headwater stream. Our expedition to the swamp forest of the Cuvette Centrale had been our final step in investigating soil as well as stream nitrous oxide (N2O) and methane (CH4) fluxes from different forest types of the Congo Basin, a study which is now published in Nature Communications (link).

When we first searched the literature for this project in 2015, we realized that the first and only measurements of greenhouse gas emissions (in this case CO2) from forest soils of the Democratic Republic of Congo were made almost 60 years ago which is shortly after the country gained independence from Belgium (Madalgue and Hilger, 1963). Since then, local science has not received much support which has constrained research to a minimum. However, given the scientific importance of the Congo Basin, which is home to the second largest continuous stretch of tropical forest after the Amazon, we decided to fill this important knowledge gap together with local scientists. As a start, we conducted some first short sampling expeditions to obtain a general idea of the magnitude and variability of N2O and CH4 fluxes, which took our team to Djolu (Tshuapa province), Yoko Forest Reserve, Yangambi Biosphere Reserve (both Tshopo province) and Kahuzi-Biéga National Park (South Kivu province). These sites covered a variety of montane and lowland forest ecosystems. Our scientific method was simple yet effective – we used the static chamber technique to determine soil N2O and CH4 fluxes from these forests. This method does not rely on electricity nor sophisticated field instrumentation and was thus perfectly suitable for the local conditions where electricity is only available - with regular power outages - in larger towns. All it requires is a syringe, evacuated sample vials and a plastic enclosure (i.e. chamber) to trap soil air. Similarly, we used the headspace equilibration technique to sample riverine dissolved N2O and CH4 which, in the same way, only requires vials and syringes. In total we evacuated, shipped, sampled, and analyzed more than 6500 gas samples over the course of 5 years. Amazingly, none of these samples had to be discarded from further analysis – a small miracle when we consider the rough and long routes they sometimes took to get back to the lab in Zurich.

Our study is now a first step in closing an important knowledge gap. We could show, for the first time, that the tropical forests of the Congo Basin are not the N2O hotspots they were previously assumed to be through modeling studies. Much of the produced N2O is probably directly further converted to N2 and thus reducing its net emissions. Methane fluxes, on the other hand, were more complex – while lowland forest and montane forests were found to be a steady net sink for atmospheric methane, flooded forests of the Cuvette Centrale showed extremely high emissions and thus have the potential to fully offset the net uptake from the areally more dominant lowland and montane forests. It is important to note that this study is just a first step in quantifying the greenhouse gas balance of the Congo Basin and more spatially and temporally resolved greenhouse gas analyses are needed; not only of the pristine forest, but also to determine the effect of deforestation for agricultural expansion, which is becoming more and more prevalent.

Further information on our research in the Congo Basin can be found here: link 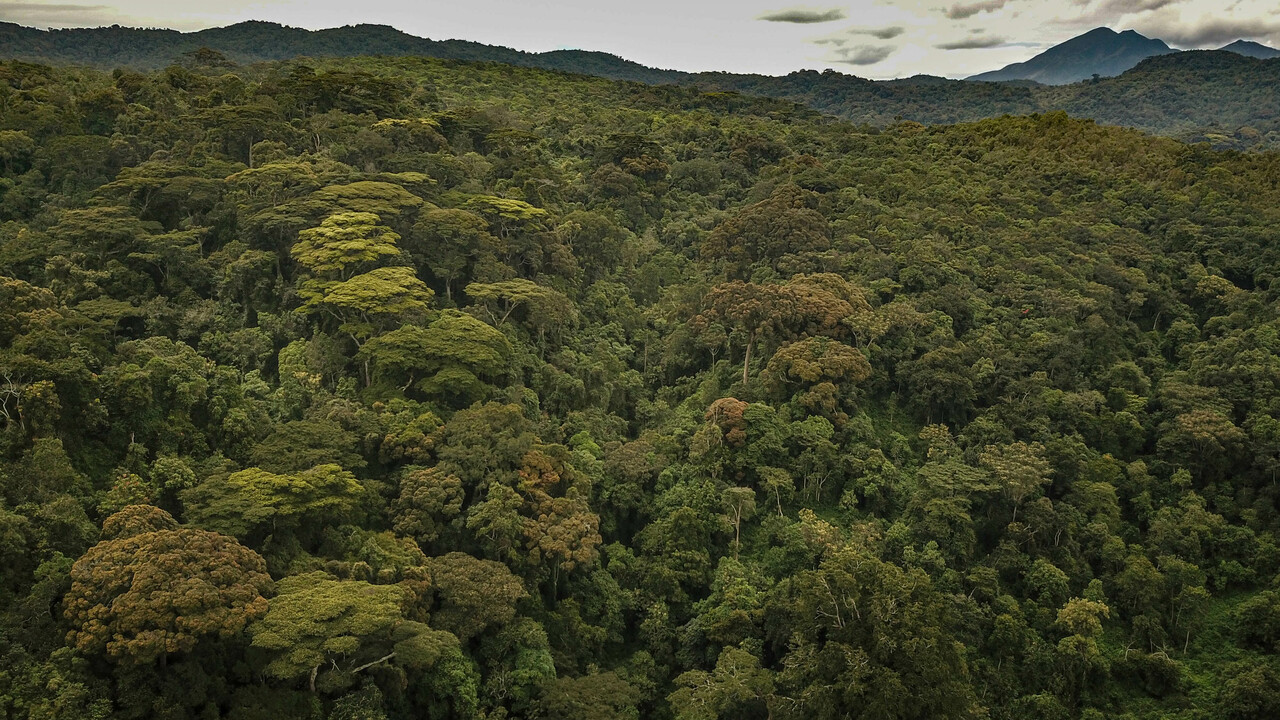