It was early fall 2019 when another set of vials filled with clanking, stone-like coral samples arrived from Hawaii. “It smells like the ocean”, I told my lab manager with over-the-top enthusiasm. I’m not sure anyone thought it was as cool as I did.
Robert Quinn
Assistant Professor, robequinn
Follow

Coral bleaching could leave a lasting impact on the physiological functioning of corals. The authors show divergent metabolomic profiles in coral hosts and algal symbionts associated with bleaching history.

It was early fall 2019 when another set of vials filled with clanking, stone-like coral samples arrived from Hawaii. “It smells like the ocean”, I told my lab manager with over-the-top enthusiasm. I’m not sure anyone thought it was as cool as I did. There was an innocence back then, completely oblivious to what was coming and the challenges that would exist running a nascent lab as a new PI under a global pandemic.

These coral samples came from Kaneohe Bay, a gem on the east coast of Oahu. It is surrounded by residential neighborhoods, not unlike many other neighborhoods across the US, but this one just happens to be cradling one of the most beautiful and accessible tropical reefs in the world. K-bay, as some call it, has some of the most closely studied square footage of coral reefs on earth. We know a lot about these symbiotic cnidarians, but there is still so much to learn. Dr. Ty Roach and Dr. Ford Drury, postdoc and lab PI for the Gates coral lab, were pushing forward the research on these reefs despite the tragic loss of their PI Dr. Ruth Gates in 2018. Though the world mourns one of its most influential marine scientists, research at the Hawaii Institute of Marine Biology continues.

The collaboration that I had developed with my good friend Ty and his PI Ford was fun, but also a vital scientific engine for my new lab, which I did not anticipate at the time. During the COVID-19 pandemic, which rages to this day, Hawaii has been relatively spared, and research in K-bay was able to continue for most of 2020. This was especially advantageous to me as I sat in my house through spring, summer, fall, now winter, Slack-chatting and Zoom-meeting my lab into some semblance of organized chaos. All the while, Ford and Ty were able to continue to collect samples from Montipora capitata, Porites compressa and other reef building coral species in K-bay. It was a great collaboration because once restrictions had been lifted at Michigan State University to enable lab work, my new Thermo® QExactive mass spectrometer was eagerly waiting to generate metabolomics data. With appropriate cautions in place, myself and my postdoc Dr. Christian Martin, were able to run hundreds to thousands of samples. Thankfully, the data is relatively easy to analyze while working from home, thanks to the magic of the Global Natural Products Social Molecular Networking Database (GNPS), a mouthful I acknowledge, but one of the most useful tools to modern biochemistry since the development of GenBank and BLAST. Mass spectrometers are incredible machines, able to accurately profile and quantify thousands of chemicals from a biological sample; we as scientists just kind of suck at analyzing the data and don’t know what many of the compounds that we can so accurately measure even are. GNPS and dozens of other new mass spec bioinformatic platforms are aiding our ability to mine this complex data for novel biochemistry and biology.

The story behind this paper starts from a complicated experiment leading to a relatively simple finding that made the initial experiment almost moot. Ford and Ty had performed a diligently controlled heat stress experiment looking at how different forms of heat stress altered the biology of K-bay corals. Samples of coral nubbins were extracted in methanol and shipped to my lab at Michigan State, about as far from a coral as you can get in the mainland US, and I ran an untargeted LC-MS/MS protocol for metabolomics. Right away after processing the data – sometimes more art than science with metabolomics – we noticed that some samples were very different than others. Using principal coordinate analysis, a statistical method to enable one to look at similarities in the global profile of omics data such as metabolomics, we found that the difference in metabolomes were based on whether or not the corals had previously bleached. Two corals of the same species, physically adjacent, and visually indistinguishable at the time of sampling, have completely different biochemical profiles based on what happened in 2015.

Back in 2015, sea surface temperatures in the Pacific Ocean were at record levels. Back then Ty and I were friends from my time postdocing and his grad-studenting in Forest Rohwer’s lab at San Diego State University. Our shared love of surfing gave both of us a unique experience with that year’s El Nino: Tuna Crabs. At the same time that K-bay’s corals were being stressed beyond the ability to manage the symbiosis between the Cnidarian animal and its algal symbiont, millions (billions?) of tuna crabs were washing up on San Diego’s shores. While surfing amongst the tuna crabs, one would unavoidably bat hundreds of them with every paddle, taking the term ‘shredding the gnar’ to new levels. Flash forward to the fall of 2019, it became quickly apparent to Ford, Ty and I, that these elevated sea surface temperatures in 2015 had a deep imprint on the metabolome of K-bay corals.

It has been well-established that coral thermal resistance is linked to the genetic lineage of its intracellular algal symbiont. D and C clades, as they are called, have disparate thermal stabilities, the former tougher than the latter when the heat is on. Surely, our metabolomic data reflected the different algal genera within the coral cells, but we also found signatures of other metabolites associated with the coral that reflected the disparate historical bleaching phenotype. The most significant molecules driving the thermal stability of corals in K-bay were a unique form of algal lipids called betaine lipids. We actually know quite a lot about the lipids of algae, primarily due to the hundreds of labs trying to get rich and save the planet by raising algae as biofuels. This helped us identify the compounds that were driving the bleaching history even though GNPS did not have these molecules in its searchable libraries. Ultimately, this study taught us that corals and their symbionts are highly adaptive on the K-bay reefs. Perhaps the biggest question now is why would one coral choose D and the other C?

Reflecting on this project and the last year sitting at home staring at the bleak whiteness of a Michigan winter, it’s a lesson in opportunity. Finding great collaborators with innovative ideas is paramount to an early career scientist, especially one lucky enough to have a startup package allowing them to purchase an instrument such as a mass spectrometer. Ty and Ford are continuing to study these corals and help restore the K-bay reefs for future generations, I just hope they’ll let me continue to tag along. 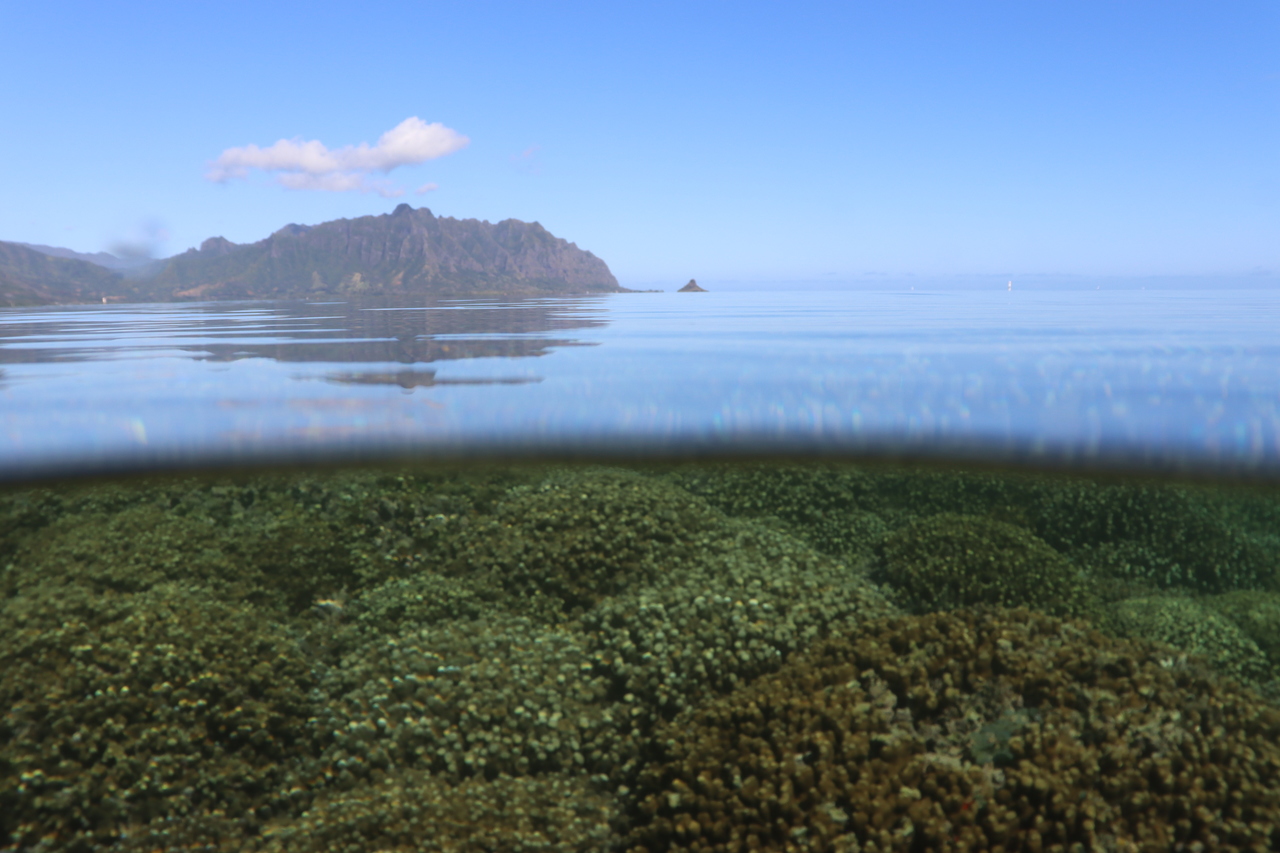 It was early fall 2019 when another set of vials filled with clanking, stone-like coral samples arrived from Hawaii. “It smells like the ocean”, I told my lab manager with over-the-top enthusiasm. I’m not sure anyone thought it was as cool as I did.