How and why has metamorphosis evolved, why it is so common, and how does it impact the evolution and diversity of life? In our recent Nature Ecology and Evolution study, we show that metamorphosis has been a key driver of diversity of salamander skull evolution over the past 180 million years.
Anne-Claire Fabre
Dr, The Natural History Museum
Follow
Like Liked by Gao Jianguo
0

An analysis of geometric morphometric data from 148 species of salamanders shows how life cycle influences cranial shape diversity and rate of evolution.

This project started with my interest to understand the origin and evolution of the incredible diversity of form and function of species and when reading papers about metamorphosis, I was immediately inspired to start this project. Indeed, metamorphosis offers an excellent conceptual framework to study morphological diversity as an animal needs to change morphology and ecology during its lifetime, transforming it from a larva into an adult with the same genetic material.

Metamorphosis is extremely widespread in animals, from insects to sea urchins, oysters, fishes, and frogs. In fact, most animals go through metamorphosis, including approximately 80% of insect species (see recent studies Truman, 2019 and Rolff et al. 2019) and at least half of all vertebrates (Laudet 2011). It is also thought that metamorphosis evolved very early-on in the evolution of animals.  However, how and why metamorphosis evolved, why it is so common, and how it impacts the evolution and diversity of life remains poorly understood.

Some of the best examples of metamorphosis are found among amphibians, including frogs, salamanders and ceacilians. In the context of this study, salamanders are especially interesting because, while many species are metamorphic, some species, like the famous axolotl, the olm, and the giant salamander are paedomorphic, meaning they stay in larval form for their whole lives, never transforming into terrestial adults (it sounds easy like that, but I can tell you that several scientists have tried to figure out what is happening with these guys! See this review: Bonett 2018). In fact, over roughly 180 million years of evolution, salamanders have evolved different life-cycles multiple times (see all the incredible and really inspiring studies of Bonett and collaborators: Bonett et al. 2013; Bonett and Blair 2017, and many more!).

Some species such as most of the lungless salamanders exhibit direct development and hatch directly as miniature adults. Other species have evolved viviparity and, like mammals, don’t lay eggs but are born in essentially their adult form such as in some populations of fire salamanders. Some have even lost and then re-evolved biphasic development, hatching as an aquatic animal and then transforming into an adult that lives on land, similar to the life-cycle of most frogs. And I am not even talking about the facultative biphasic species where some populations can either be metamorphic or paedomorphic, and this is often a associated with phenotypic lability in variable habitats (such as ephemerality of the larval habitat).

In this new paper published in the journal Nature Ecology & Evolution, we conducted the first study exploring how metamorphosis and the evolution of these different life-cycles has influenced the diversity of skull morphology in salamanders. This study required the collaboration of several scientists including from the Natural History Museum, University College London, Université Claude Bernard Lyon 1, and the Florida Museum of Natural History.  We decided to focus on the skull as it is responsible for feeding in addition to housing the sensory and processing centres, like the brain, and so is critical for survival at all stages of life.  We used micro-CT scanning to build a HUGE dataset of 148 species of salamanders and used cutting-edge methods to describe the shape of the skull with nearly 1000 reference points, known as landmarks.  Most studies of this kind are limited to just a few dozen landmarks, so not only is this the first large-scale study of this incredibly diverse and weird group, but our novel approach allowed us to capture the shape of the skull in great detail, even for bones that are lost in some of the species. This last part was really tricky as several bones can be absent in the salamander head, but we had to take decisions on the way to quantify the overall morphology of the cranium.

We also released all of the 3D scans used in this study online, on the NHM’s Phenome10K.org, the Morphosource and the Digimorph databases, making it possible for anyone to download the scans for research, education, or just for fun.

Our results show that the ancestor of salamanders was biphasic but that different life cycles have evolved several times across salamanders.  Even more interesting, when different life cycles evolve, salamanders show a burst of rapid evolution, showing that shifts in life cycle promote the evolution of new forms and increased their diversity.  We also showed that the different parts of the skull don’t always evolve in the same way, and in species that undergo metamorphosis, the different parts of the skull evolve more independently than in species that don’t go through this big transformation during their lives.  When different parts of the skull can evolve independently, this usually results in more diversity, because some parts of the skull might do the same job in all species, like protecting the brain, but other parts, like the jaws, might need to specialize for different feeding behaviours.  This could be especially useful for animals that are changing their diets and ecologies through life, as in biphasic species. Metamorphosis has thus profoundly influenced salamander evolution, allowing for more independent evolution of the parts of the skull related to feeding and greater diversity of skull shapes.  Metamorphosis thus has been a key driver of diversity of salamander skull evolution over the past 180 million years.  More generally, this greater independence of parts might be part of the reason why metamorphic species show lots of diversity in many other groups and may be a big part of the puzzle for why this extremely complex life cycle is so common across animals.

This study is part of a larger project on skull evolution across all vertebrates (fish, amphibians, reptiles, birds, and mammals) led by my collaborator Prof. Anjali Goswami. (NHM Research Leader). In the past few years, she has published with her team several studies using this innovative approach in birds, snakes, lizards, and caecilian amphibians, with studies of frogs, dinosaurs, crocodiles, mammals, and fishes in the works. Their ambitious plan is to try to capture the shape of life on the planet and to understand how factors like life cycles, ecology, habitat, and extinction drive the diversity of species in the past, present, and future.

This new study shows that metamorphosis is one of these really important elements and knowing that, it can help us to predict how species with different life cycles might respond to changes in climate and the environment in the future. At the time of the sixth mass extinction, where amphibians are among the hardest hit, it is really important to understand whether development can be a driver of diversity, and whether it may be advantageous for populations to be able to adapt rapidly to changing environments. This is the goal of my future research.

You can read the paper here.

Anne-Claire Fabre
Dr, The Natural History Museum
Follow
I'm a researcher interested in the origin and evolution of morphological and functional diversity of living vertebrates. 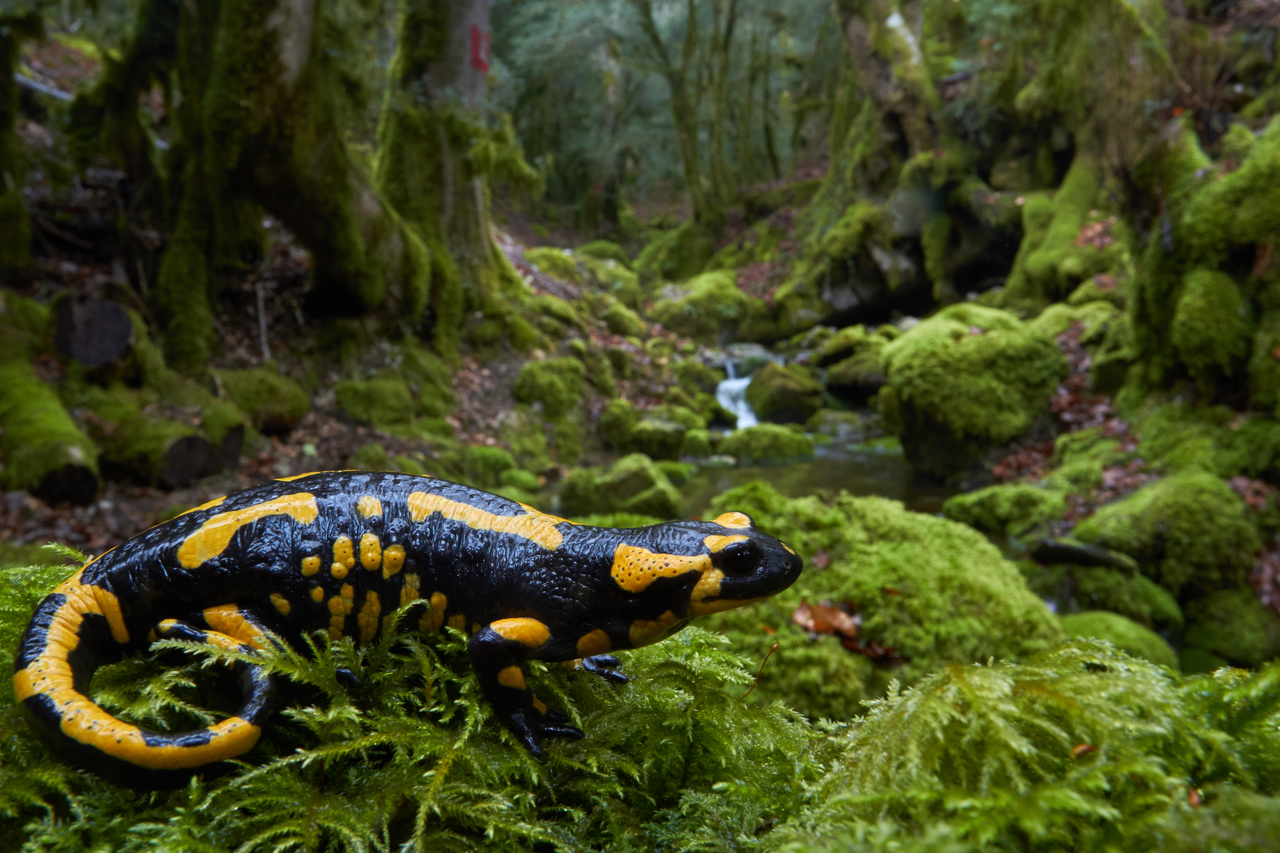 How and why has metamorphosis evolved, why it is so common, and how does it impact the evolution and diversity of life? In our recent Nature Ecology and Evolution study, we show that metamorphosis has been a key driver of diversity of salamander skull evolution over the past 180 million years.