Milking livestock at the Place of the Tobacco Plants

Our paper published last Monday (Fewlass et al. 2020) discusses the results of analysing fat residues trapped in the fabric of fragments of pottery from three archaeological sites in the mountains of Lesotho, southern Africa. One of those sites is Likoaeng, the name we gave it after the local stream when we first excavated there in 1995. In the local Sesotho language the name means ‘Place of the Tobacco Plants’ because when the first Basotho farmers settled the area in the late 1870s they came across a patch of tobacco that they assumed must have been grown by the Bushman (San) hunter-gatherers whom they displaced and assimilated. Tobacco is, of course, an American plant and so if Bushmen were growing it here then they must have acquired it via trade, ultimately from Bantu-speaking farmers like the Basotho, who in turn would have obtained it from European settlers in southern Africa. Without realising it, the name we chose for the site therefore speaks to exactly the kind of inter-cultural connections and acquisition of domestic species that we discuss in our paper.

View from within the bed of the Senqu River into the Likoaeng stream. The archaeological site lies to the left behind the bushes.

Likoaeng was discovered purely by chance in 1992 at the end of a 20-km hike to look for sites with excavation potential back when I was digging at Sehonghong Shelter, from which we have also analysed pottery. Close examination of multiple horizontal dark bands of sediment along the banks of the Senqu River showed them to be packed full of stone tools, bone, and charcoal. Even more surprisingly, several of these bands were superimposed on top of each other, separated by other sediments totally lacking in archaeological finds.

A very much younger version of myself pointing to the thickest of the dark, artefact- and bone-rich bands in a river-cut section through the Likoaeng site as it was when discovered in 1992.

Previous fieldwork in Lesotho, as in much of South Africa, had focused entirely on rock-shelter sites. Likoaeng, in contrast, offered an unusual opportunity to see what people had done and how they had organised themselves spatially out in the open, free of the constraints set by the walls and roof of a cave. All told, my colleagues and I ended up working there for about four and a half months in 1995 and again in 1998, followed by a further visit in 2006 to record paintings on the sandstone walls of the Likoaeng stream.

Analysis of the finds from our excavations suggests that people first occupied Likoaeng about 3500 years ago, at which point they likely still had access to a small rock-shelter later completely covered up by the build-up of their rubbish and of sediments deposited when the Senqu River was in flood.

The north wall of the excavation trench at Likoaeng clearly shows how lower layers are more rock-rich and fall away down slope toward the river compared to the horizontal bedding of those above. The concealed entrance to a small rock-shelter lies immediately beyond the left frame of the photograph.

People returned to the site recurrently until about the third century AD, chiefly attracted by the opportunity to catch fish as they migrated up the Senqu to spawn in spring and summer. Patterning of finds and fireplaces in the site's uppermost layers and the excellent preservation of the large quantities of bone found shows that these layers must have been covered up very fast and probably represent quite short-lived visits of no more than a few months at most.

Reconstruction of the likely setting of four small shelters set behind individual hearths and backing up against the sandstone exposure at the rear of the Likoaeng site. The shelters lie parallel to and face toward the Senqu River. This reconstruction reflects the organisation of the site in Layer III, around the second/third centuries AD, but can also be detected in the immediately preceding occupations as well.

Neat circular perforations in some of the fish bones from Likoaeng are consistent with catching fish by spearing them using bone points, examples of which were found in the excavation. Basket traps and other techniques were probably also used (Photograph courtesy of Dr Ina Plug).

When people next came back to Likoaeng, however, they were doing something quite different. Fragments of bone identified by archaeozoologist Ina Plug as cow and sheep show that they had access to domestic livestock, while a couple of pieces of iron and a decorated potsherd characteristic of Bantu-speaking farmers on the far side of the Maloti Mountains in KwaZulu-Natal imply connections with South Africa’s earliest farmers. The associated stone tools and the rest of the pottery, on the other hand, signal that those using Likoaeng at this time were still part of the broader hunter-gatherer population of the region. What our paper is now able to do is to show that both they—and some of those living in Sehonghong Shelter just a short walk away later in the first millennium AD—were using some of those pots to store and/or process milk. While still probably hunting, gathering, and fishing for the majority of their diet, they had clearly added the keeping of domestic sheep and cattle and the consumption of dairy products to their way of life.

View of Sehonghong Shelter (at centre behind the projecting sandstone spur) from above. Excavations here show it to have been used intermittently by hunter-gatherers over the past 60,000 years, most recently in the late nineteenth century. Paintings, now poorly preserved, cover its rear wall.

Several lines of research open up from this discovery. Other sites of this kind, whether open-air or rock-shelters, must surely exist, as yet undiscovered, elsewhere in the Lesotho highlands. What were the circumstances under which people there obtained livestock and opted to keep them, and why did they apparently cease to do so? Are we right to think that the livestock came originally from a Bantu-speaker source or might we need to envisage animals coming from a different direction than the iron and decorated pottery at Likoaeng? Could that source be linked in any way to the expansion of stone-using Khoe-speaking herders across the north and west of southern Africa in the last centuries BC/early centuries AD? One thing, though, is clear: the Bushmen of Lesotho’s Maloti Mountains had a much more dynamic and complex history than we have previously thought. That history needs to be kept in mind when archaeologists draw upon comments made by Bushmen in the nineteenth century about the meaning of rock paintings at Sehonghong and other sites, comments that form some of the foundation stones for our understanding of hunter-gatherer rock art in southern Africa.

Tracing by the late Patricia Vinnicombe of an iconic painting at Sehonghong. The scene was interpreted in 1873 by Qing, a Bushman conversant with the cosmology and myths of the last Maloti hunter-gatherers. Most likely recording a shamanic vision rather than a 'real' event, it shows the capture and control of two rain-animals that are being led across the landscape to a place at which they will be killed so that their blood can fall and turn into rain (Courtesy Rock Art Research Institute, University of the Witwatersrand, South Africa). 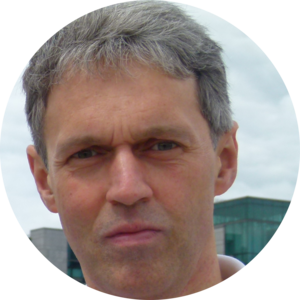 Peter Mitchell
over 1 year ago

Thank you for a clear introduction to the complexity of Lesotho's prehistory.