More fish on the plate?

If sustainably managed, wild fisheries and mariculture could help meet the rising demand for food in the long term

Can the ocean be relied on to feed a growing population in the future? This fundamental question was posed by 14 world leaders of the High Level Panel for Sustainable Ocean Economy who tasked a group of 22 lead marine scientists to provide the answer, which we published this August in the journal Nature: https://www.nature.com/articles/s41586-020-2616-y. As two of those scientists, we wanted to provide a glimpse into what is at the core of that paper, from our perspective.

First, we fully recognize that the importance of the oceans to the environment and society is not new. But when it comes to the future of global sustainable food production at large, it does tend to get overlooked. In part, this may be due to the relative scale of seafood production compared to agriculture (17% of edible animal production comes from the sea) and perhaps the perception that the oceans have nothing left to give due to impacts of overfishing and pollution, to name a few. Yet, recent science has emerged that shows food from well managed wild capture fisheries and marine aquaculture can have some of the lowest environmental impacts of any food-production system, and in some cases also provide co-benefits (e.g., improving water quality). This motivated us to take a closer look at seafood’s role in our future food system.

Modeling economic and ecological limitations of wild and farmed species, our team found wild fisheries reforms could provide a 16% bump in catch, but the majority of increases in seafood will come from marine aquaculture. Specifically, farming a small portion of the sea could feasibly produce a 2 to 4-fold increase in finfish, like salmon and sable fish, and bivalves, including mussels and scallops. But the path to such sustainable seafood growth is not a given and requires strong governing commitments and science-based management practices.

Our team found that this brighter future, where seafood plays an increasing role in feeding future populations, will require: (1) continued improvement of wild fisheries management, (2) implementing development policy and reforms of marine aquaculture, (3) advancing feed technologies for fed fish, and (4) shifting demand towards more seafood, not less. The last one seems counterintuitive, but when seafood is considered alongside all foods and good governance, these conclusions emerge. Importantly, documented improvements across both sectors over the last 30 years demonstrates the potential. Plus, we didn’t even include seaweeds, another relatively overlooked dimension of marine aquaculture that is worth its own deep dive.

In a sea of pessimism, this study adds to the growing body of slightly more optimistic seafood literature and offers a science-based glimpse into what a world with sustainable fisheries and marine aquaculture could look like. While not a certainty, proactive, science-based planning for expansion of food from the sea will help move us toward a future that the next generation hopefully won’t have to fix. 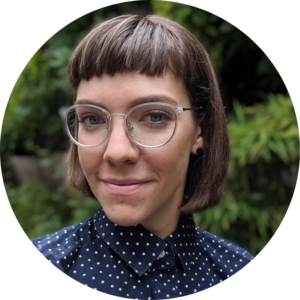