Fernando Alvira-Iraizoz and Benjamin T. Gillard et al. comprehensively catalogue the kidney transcriptome and proteome of dromedary camels in response to chronic dehydration stress and subsequent acute rehydration. Their results suggest that the suppression of the cholesterol biosynthesis may facili…

Dehydration occurs when the body loses more water than it takes in. At first, dehydration stimulates the thirst centre of the brain to promote drinking. However, if water intake remains lower that water loss, dehydration becomes more severe, potentially causing hypotension, cell shrinkage and malfunctioning, shock and severe damage to internal organs such as the brain and the kidneys. Dehydration is particularly common amongst older people because their thirst centre may not function as well as in younger people and it is, as well, associated with certain disorders that can increase the excretion of urine and thereby lead to dehydration.

The Murphy Lab has a long standing expertise in the fields of central nervous system regulation of body homeostasis and dehydration physiology (visit vasopressin.org/ for more information). Mostly using molecular techniques and advance bioinformatics, different members of the group have, for instance, identified novel genes involved in the biosynthesis of vasopressin, characterised the response of vasopressin neurons to dehydration and unravelled the behavioural control of water and salt intake in the rat models.

In 2015, an interesting collaboration developed with Professor Abdu Adem, United Arab Emirates University. Out two laboratories decided to work together to study the brain and kidney transcriptomes of the one-humped Arabian camel during chronic dehydration and acute rehydration. Camels are a fascinating species capable of surviving several weeks without drinking. Thus, using camels in our experiments allowed us to push the osmoregulatory systems to the very limit without compromising the wellbeing of the animals. Thus, we hoped to identify novel genes involved in the regulation of body fluid homeostasis. Further, the Arabian camel is the most important livestock in arid and semi-arid regions of North and East Africa, the Arabian Peninsula and Iran, and they continue today to provide milk, food and entertainment to millions of people. Therefore, studying the underlying mechanisms that allow camels to survive without drinking is paramount to appropriately assess how animals can cope with desertification and climate change.

I joined the lab in September 2018. As a biologist, my background is in animal physiology and my MSc project focused on the study of drinking behaviour of Hooded seals, which have virtually no access to fresh water throughout their lives. So I have always been very interested in the study of physiological adaptations that allow different animals to survive in extreme conditions, whether these are extremes of temperatures and/or water availability. However, starting work in the Murphy lab was challenging in the way that I had very little experience in molecular biology, and it is all about genes, transcripts and proteins around these parts. Luckily, I work with many amazing colleagues who are always keen to help.

I took over this project after my colleague Ben Gillard, having carried out a brilliant job processing the camel RNAseq and proteomic data, moved on to a new PhD project. We identified hundreds of genes and proteins that are significantly changed in both kidney cortex and medulla in dehydrated and rehydrated animals compared to controls (Figure 1). Further, we found that the majority of the genes and proteins involved in the cholesterol synthesis pathway were downregulated in the kidney of the camels during chronic dehydration. Based on these initial analyses, we hypothesised for a role of cholesterol in water conservation during dehydration. While several ion and water transporters are well known to be directly or indirectly affected by the levels of cholesterol in the cell, there were, to the best of our knowledge, no links between cholesterol and water conservation in the kidney previously described in the literature.

Together with all the co-authors involved in the project, we validated all genes supporting our hypothesis, which is not an easy task when working with non-model species, and measured cholesterol levels in serum, kidney tissue and kidney plasma membranes in order to test our hypothesis. Plasma membrane cholesterol was reduced in the kidney of dehydrated camels compared to controls. Taking all data into account, we argue that ion/water transport in the kidney of dehydrated camels may be indirectly enhanced by the suppression of the cholesterol biosynthetic process, and the subsequent reduction in membrane cholesterol. Cholesterol depletion would increase the activity/abundance of important ion and water transporters throughout the kidney nephron, which facilitates water reabsorption (Figure 2).

Last but not least, stay tuned because the Camel Team is growing! Together with the results of this study that you can read here (https://rdcu.be/cm3nM), we provide a freely available, comprehensive catalogue of the transcriptomes and proteomes in the kidney of the one-humped Arabian camel that may be the basis of future research. We are further mining these datasets and obtaining very interesting results. We are also working on the transcriptomic analysis of the brain. And we recently adopted new species such as the jerboa and the olive mouse to further investigate the response of desert adapted animals to severe dehydration at the gene expression level.

Multiomic studies provide massive amounts of information and should become the key tool to study the underlying mechanisms that allow animals to thrive in their respective habitats. This will provide very valuable information in the context of desertification and climate change and could be used to evaluate how different species will adapt to their already changing environments. 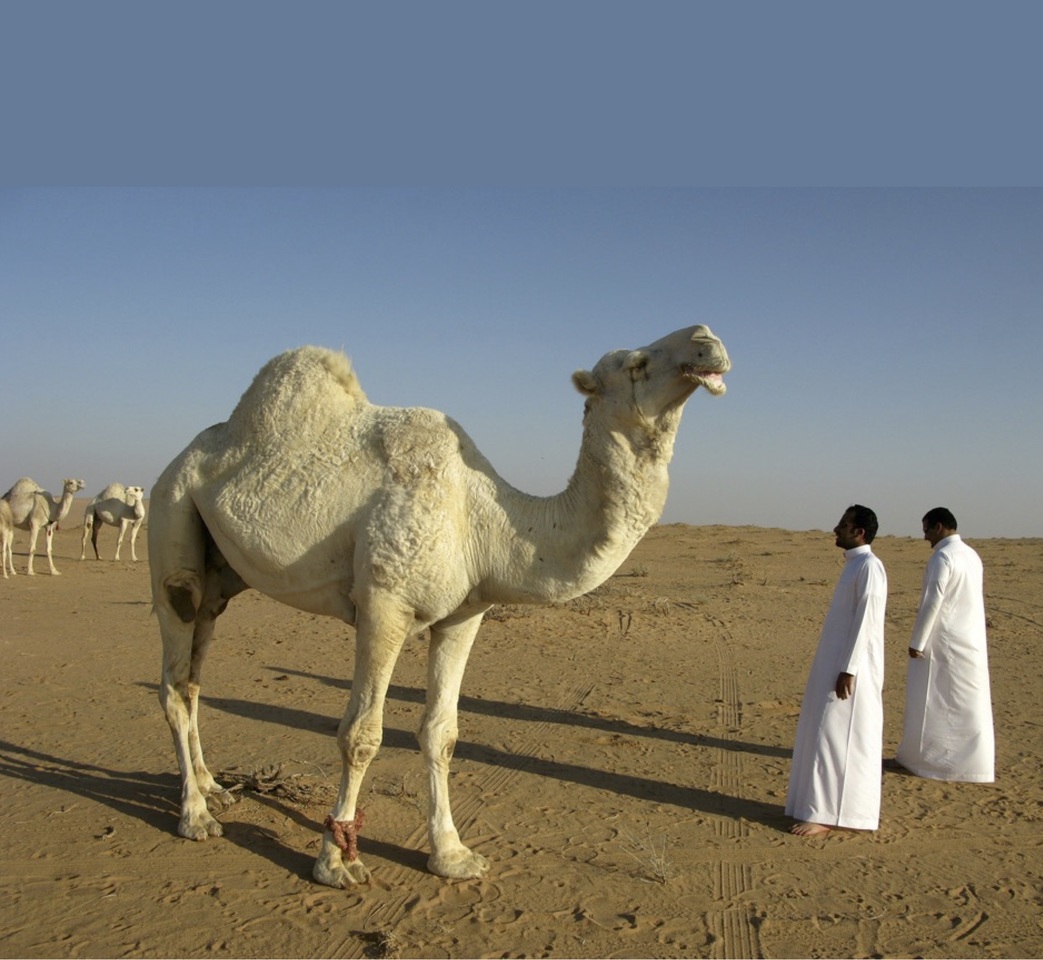