A community from Nature Ecology and Evolution
Contributor
After the Paper

When I first discovered mycorrhizal fungi, about seven years ago, I never imagined I’d be leading a project this large so soon. One class assignment introduced me to what I hope to study for a long time to come. As part of an ecology course, I had to lead a class discussion and write a paper on a topic; I chose symbiosis. I thought it was fascinating that organisms in completely different groups, even kingdoms, could form partnerships, or associations, with one another. This is how I stumbled upon mycorrhizal fungi, these fungi that live in plant roots forming a mostly beneficial symbiosis. Since plants can’t (really) move, they are stuck with the resources available beneath them. When they partner with mycorrhizal fungi, the fungus goes out “shopping” for resources, primarily nutrients, that its’ host plant can’t access on its own. In return, the plant supplies carbon to the fungus that can’t make carbon on its own. Shortly after leading this class discussion, I bought the book “Mycorrhizal Symbiosis” and started reading. I then decided I wanted to study these weird associations that are actually the norm in plants. It amazed me that invisible fungi we never even see as mushrooms (arbuscular mycorrhizal fungi-AMF; the dominant type of mycorrhizal fungi) are basically powering what we see aboveground. I did my Master’s thesis looking at nutrient enrichment effects on AMF in Ecuador, and then came to the Bever-Schultz lab at the University of Kansas for my PhD.

At the start of my PhD, about four years ago, I began this project that ultimately was published as “Mycorrhizal fungi influence global plant biogeography” in Nature Ecology and Evolution. The project began as a small effort to collect data on some mainland and island sites, and quickly spiraled into a project at the global level, through a combination of chance and timing. It began as a side project, and has now turned into two manuscripts and half of my dissertation. We were interested in understanding if islands differed in the composition of their mycorrhizal flora compared to heavily studied mainlands. We also had the opportunity to ask how humans were altering these patterns. Long story short, we found that islands have a lower proportion of mycorrhizal plant species than mainlands, and this pattern is consistent across the world’s islands. We call this the mycorrhizal filter, or filtering out of mycorrhizal plants on islands. Further, humans are erasing these initial biogeographical patterns through plant (and possibly symbiont co-) introduction to islands. Broadly, mycorrhizal fungi influence what plants can colonize islands. The conclusions and conservation approaches derived from mainland studies are not necessarily transferable to islands; we might need to do more island work to understand the native floral mycorrhizal associations to protect these amazing systems.

This paper was part persistence and part the right people and information coming together at the right time. It took a long time to complete due to intense editing and repeated analyses, but that only improved the work. This paper is also the result of an amazing team; it would not have been possible without a great PhD advisor and collaborators. Finally, this paper also happened to be published at the start of a wave of interest in how mycorrhizal fungi shape plant biogeography, which is super exciting: we were really at the new frontier. Now, I’m in the last year of my PhD, applying to post-doctoral positions in hopes of continuing similar work. I hope to keep asking questions about mycorrhizal, and more generally, microbial, biogeographical patterns and how this may influence forest diversity. I hope to be able to contribute to our understanding of these patterns in native floras as well as how anthropogenic forces alter them. Mycorrhizal fungi shape plant biogeography, and this paper and associated work was essential in shaping my early career trajectory.

Figure 1. The first pages of the paper I wrote for my Environmental Science class on plant-microbe symbiosis, back in 2013. 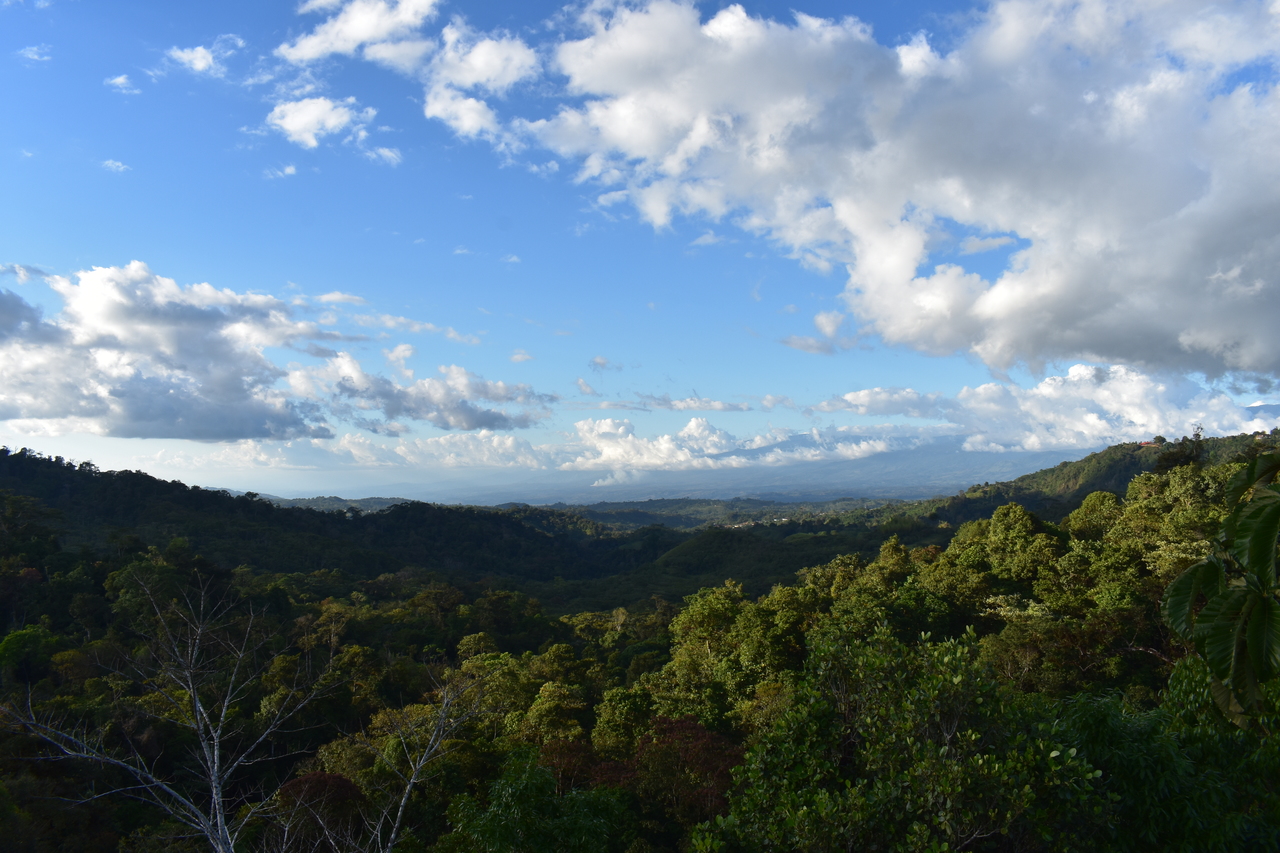