Amphibians are an awesome group strongly affected by environmental conditions. This and the low dispersion of these vertebrates are promoting niche differentiation. Usually these processes are studied at interspecific levels. But what happens between intraspecific populations?

The story of this work starts with a short documentary about amphibians in the mountains of Seville, produced by a local TV. In this program several young biologist and senior experts were cited and interviewed doing amphibians surveys. In this moment I knew my PhD advisor, who proposed to me to start analysing a wide database of betic midwife toad (Alytes dickhilleni) from years. Exploring these data, we realized of the niche differences among lineages, and we started analysing more species (and their intraspecific lineages) of the genus.

This genus is now composed by six recognized species. Alytes obstetricans is the one with the widest distribution across occidental Europe. One lineage of these species has been recently proposed as separate species by Dufresnes & Martínez-Solano (2019), receiving the name of Alytes almogavarii in the Catalonia region. Alytes maurus is the species present in North Africa, and Alytes dickhilleni is an endemism of the the Betic region in South-East Spain. Alytes muletensis is a very restricted endemism with only some populations in the mountains of Mallorca Island. Finally, Alytes cisternasii, the most phylogenetically separate species, is distributed around the Mediterranean area of South-West Iberian Peninsula.

The initial idea was presented as a poster communication in the XV Spanish/Portuguese Congress of Herpetology (Salamanca-Spain), increasing here the collaborators. The work has included field surveys to inspire the detection in situ of differences, but it has consisted mostly in an intense analysis work. Our main findings were that the same environmental factors that are acting in niche differentiation at interspecific level have a similar role at intraspecific levels, generating a niche specialization among different lineages of the species and thus, reflecting an ongoing niche evolution in this genus.

All this information has allowed us to understand a little more the evolution of this interesting and mainly Mediterranean genus. You can find more information in the original article.

We continue working on amphibian’s ecology, and now we are interesting on starting an integrative taxonomy line, including information from molecular data, ecological niche modelling and morphology. We also want to invite any researcher who wants to collaborate to contact with us. 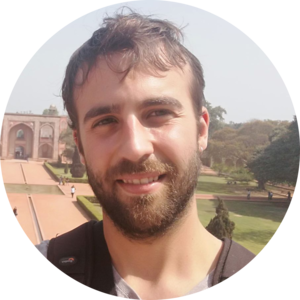