How marine ecosystems will be affected by ocean acidification is still largely unknown. Large-scale field experiments revealed the complex and variable responses of plankton communities to increasing CO2, and how this could alter biogeochemical cycling and the oceanic carbon sink in the future. 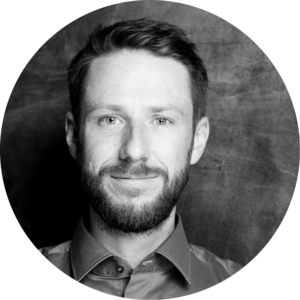 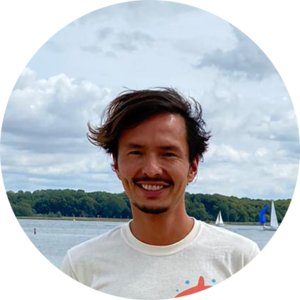 In 2010, when we first set out for a field study to examine how ocean acidification would affect marine plankton and their role in the cycling of carbon and nitrogen in the ocean, we did not have any clue about the long road ahead of us. For our research over the coming years, we collected data in marine ecosystems ranging from the high Artic over remote Scandinavian fjords, to the vast subtropical gyres.
These different environments did not just mean a change in marine ecosystems, but also affected our working conditions in many ways.

The analysis of organic material sinking out of the ocean’s surface layer is at the core of our research. This downward flux of biogenic particles, commonly referred to as the "biological pump", plays a key role in driving marine carbon and nutrient cycles, e.g. by transferring 5-12 Gt of carbon to the deep ocean, and thereby controlling the long-term storage of atmospheric CO2. Sinking particles are mainly comprised of "left-overs" of the marine food web, e.g. phytoplankton aggregates ("marine snow") or fecal pellets released by zooplankton grazers. To assess how this carbon flux to the deep ocean could be altered in the future, we conducted a series of field experiments with pelagic "mesocosms". These are basically giant test tubes floating in the ocean, in which we can examine marine plankton communities and biogeochemistry under close-to-natural conditions. At the same time they allow us to manipulate CO2 concentrations as expected for the coming decades.

The particle flux was collected by sediment traps connected to the bottom of our mesocosms at 15-25 m water depth. Emptying these traps was always the very first shift in the early morning. While this early hour could mean a boat ride through the dark in Scandinavian winter, the midnight sun was always shining bright in summer over the Kongsfjord in Svalbard at 79°N. On many days, our zodiac was just slicing through calm and perfectly glassy water to the experiment site. However, on other days, heading straight over (and against) 6 to 8 foot waves for an hour, made the trip not only an adrenaline rush, but actually quite exhausting.

Speaking of physical effort, air and water temperatures were the most challenging environmental factors for us. Using bare hands to knead a silicon sampling tube filled with half-frozen seawater slushy at -12°C air temperature was probably the toughest test for the sampling crews. The purpose of this procedure was to collect the dead, and sometimes even smelly organic material from the sediment traps.

In total, we collected about 1500 sediment trap samples for the dataset presented in the paper. Each of these samples was processed following a meticulous protocol specifically conceived for our mesocosm experiments. Coming up with such a new methodology demanded unconventional solutions. For instance, for freeze-drying organic material at such large scales, we collaborated with a company usually freeze-drying strawberries for a famous Italian chocolate bar – just because this was the only facility with a sufficiently large freeze drier.

Now, 10 years after starting this project, we can say with confidence that it was worth all the effort. We have collected a unique dataset that revealed how ocean acidification could affect carbon and nitrogen cycling in marine ecosystems across the globe. One of our major insights is that the response of marine life to a changing ocean is very complex and highly variable between ecological communities. Notably, we found heterotrophic organisms (e.g. zooplankton and bacteria) to play a key role in driving biogeochemical responses to increasing CO2, thus challenging the widespread view that primary producers determine the fate of the biological pump in a changing ocean. Considering that the complex interplay between planktonic food webs and biogeochemical cycling is not well represented in earth system models, these findings also raise the question if we are currently able to predict the large-scale consequences of ocean acidification with any certainty.

Thus, we hope that our research will not only raise awareness for potential impacts of ocean acidification on marine ecosystems and the oceanic carbon sink, but will also act as a warning signal to the scientific community, demonstrating that we still lack a sufficient understanding of the complex ecological responses to ocean change. Clearly, we are still only beginning to understand how the interactions between the seemingly smallest organisms can affect the fluxes of matter and energy through the entire marine food web – thereby ultimately controlling the carbon cycle on a global scale.

By Tim Boxhammer and Jan Taucher