Complex teeth with multiple cusps are a hallmark of mammals. They were also critical in the evolution of many lizard groups—with a twist!
Fabien Lafuma
Doctoral student, University of Helsinki
Follow
Like Liked by Paolo and 2 others
0

Tooth morphology has provided many insights into the tempo and mode of dietary evolution in mammals. A study of fossil and extant squamates shows that this group also repeatedly evolved increasingly complex teeth with more flexibility than mammals, and that higher tooth complexity and herbivory like…

"Show me your teeth, and I will tell you who you are." Palaeontology enthusiasts may be familiar with this—perhaps apocryphal—statement of French naturalist Georges Cuvier. As a French palaeontologist studying teeth, I find myself quite partial to it. First, a tooth can reveal many details about an individual's physiology, environment and diet recorded in its mineral structure. On top of that, teeth are forever. Because enamel is the hardest mineral tissue produced by vertebrates, teeth are more likely to fossilise and will often be the only remnant of an extinct animal.

As a founder of comparative anatomy, Cuvier referred to the relation between tooth shape and function, boasting he could infer an extinct animal's diet and appearance from a single tooth. Indeed, tooth shape is intimately connected with feeding. Researchers have produced rich evidence for this link in the group we happen to belong to: mammals. Studies show carnivores typically bear pointed or bladed teeth suited for piercing and tearing flesh; a more complex tooth surface allows herbivores to reduce tough plant fibres. Mammalian history is one of evolving ever-increasingly complex teeth, thanks to the addition of new tips called "cusps." So much so that the incredible diversity of mammals we know today might essentially be the product of their teeth's evolutionary success. Yet, laboratory experiments in mice show changes to tooth-building genes most often result in less complex shapes—or no tooth at all. Then how do complex teeth evolve?

To solve this paradox, we chose to look "outside the box." What about other toothed animals? Squamates—the group of reptiles including lizards and snakes—offered a promising point of comparison. Squamates inhabit all sorts of land and sea environments globally and span many past and present ecologies. With more than 11,500 species (and counting!), they even twice outnumber mammals, making Squamata the largest group of limbed vertebrates. Yet, their teeth had received limited attention so far.

The first step of the work was thus to establish a large-scale database of tooth complexity across fossil and living squamates—something easier said than done! And so did I spend a large part of my early PhD years combing the literature, the booming online CT scan databases, and the collections of our local natural history museum in Helsinki in search of scaly smiles. Here, I cannot stress enough the critical importance of collecting, describing, publishing, and maintaining specimen collections. This foundational work seldom gets curators, taxonomists, and field researchers the recognition they deserve from the academic system, despite being the base for many more studies. By studying in a major European university, I also had access to most of the publications needed for my work, a privilege many academics and students worldwide still lack.

Ultimately, I could assemble a dataset for more than 500 species representing all main clades for the entire recorded history of squamates. A first surprise was that complex teeth are more common than we anticipated. They exist in more than half of living lizard families, though they are absent in snakes. Indeed, we found a clear link between more numerous cusps and more plant consumption.

Based on recent advances on the origin of squamates, I could place this data on our new super-tree for phylogenetic comparative analyses. Although mixing extant and fossil data presents its challenges, it also offers unique insights compared to living-only or extinct-only datasets. Here, we could infer that the last common ancestor to all squamates was an insectivore bearing simple, peg-like teeth with a single cusp. Later, more complex teeth with multiple cusps—similar to those of early mammals—evolved repeatedly in more than 20 independent lizard lineages. Multiple lines of evidence confirm that this convergent evolution happened in correlation with the evolution of plant consumption, as more cusps led to more plant-rich diets and, sometimes, even more cusps. Moreover, two types of diversification models support a significant role for complex teeth and plant-based diets as factors increasing speciation.

So far, this all sounds very much like a copycat of mammal evolution. But here's the twist: many lizard lineages also lost tooth complexity. How does a lineage lose such a critical adaptation? There are few examples of such a transition in mammals, usually in specific ecological contexts (think cetaceans and ant/termite consumers, for example). During their history, squamates have witnessed dramatic ecological changes, including the diversification of angiosperms during the Cretaceous or the rise of new cool and dry environments during the Cenozoic. It is possible that environmental conditions favouring plant consumption come and go, leading to the selective pressure for complex teeth fading away.

On the other hand, mammals and squamates may not rely on the same tools to build their teeth. While most tooth-related genes are common to all vertebrates, the highly flexible evolution of lizard teeth could stem from slight differences in tooth development. Variations leading to less developmental stability than in mammal teeth could have made changes in tooth complexity much easier during squamate evolution.

All in all, you could say Cuvier's aphorism still stands true. Our results bring more evidence that all vertebrates on land experience the same selective pressures for more cusps to consume more plants. Yet, there are also fundamental distinctions between animal groups. While evidence from mammal history suggested dental evolution is mostly rigid and unidirectional, squamate evolution shows much more flexibility is also possible. Tooth development surely holds some keys to these differences.

Our journey outside the box brought nuance to our understanding of how the same key adaptation evolved in different lineages. To me, it demonstrates the potential of investigating a wider diversity of organisms, combining fossil and extant data, and using multidisciplinary approaches. What else awaits off the beaten path?

I am a PhD candidate at the University of Helsinki (Finland). I study the evolution of teeth in squamates and mammals through the lens of phylogenetics and developmental biology. I am particularly interested in combining extant and fossil data to reveal macroevolutionary patterns of phenotypic evolution. 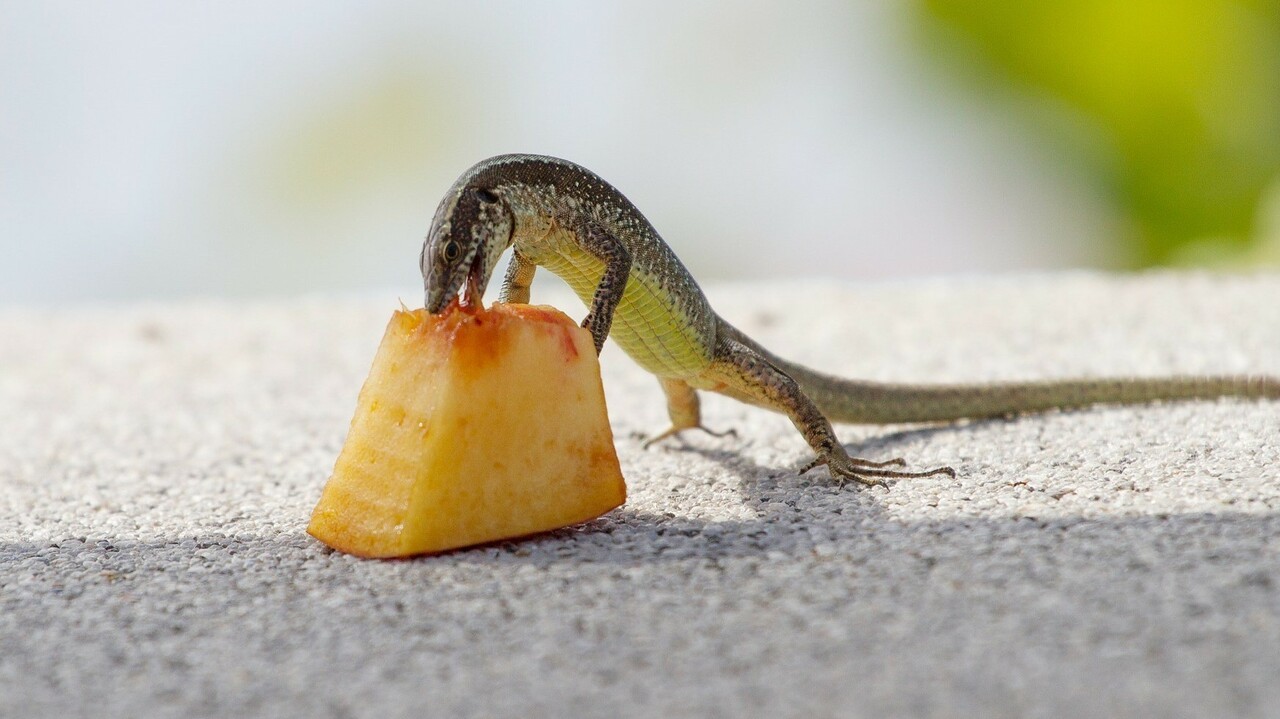 Complex teeth with multiple cusps are a hallmark of mammals. They were also critical in the evolution of many lizard groups—with a twist!