Body and caudal fin undulations are a widespread locomotion strategy in fish, and their swimming kinematics is usually described by a characteristic frequency and amplitude. In some cases, fish use intermittent gaits, where a single frequency is not enough to fully describe their kinematics.
Ramiro Godoy-Diana, Gen Li, Thiria Benjamin, intesaaf ashraf, Kolomenskiy & Frederic Lechenault
6 contributors
Like Liked by intesaaf ashraf and 3 others

Energy efficiency arguments have been invoked in the literature to explain this so-called burst-and-coast regime but well controlled experimental data are scarce. The starting point of the present work (see Li et al. Burst-and-coast swimmers optimize gait by adapting unique intrinsic cycle. Commun Biol 4, 40, 2021) was our observation following previous experiments with the tetra fish Hemigrammus bleheri [1,2] that an intermittency was always present in the tail-beat kinematics for a wide range of imposed steady-swimming speeds in a control channel. Statistical linear mixed-effects modelling has helped to distinguish between the low and the medium-high speed ranges, the transition occurring as the swimming speed went above ~1 body-lengths per second (BL/s).

The latter has been rationalised as a strategy to minimise the energy cost of swimming, which becomes important as the speed increases. Thus, to keep their station steady in an incoming flow with increasing velocity, the strategy adopted by the tetra fish was to modulate the duty-cycle of the burst-and-coast kinematics. And they do that while keeping the bout time, which is the duration of one burst and its consecutive coast, relatively constant.

Since intermittent swimming is governed by a parameter space much more complex than that of steady swimming, and the cost of transport can hardly be sensed directly by the fish during swimming, we considered the question of whether fish could optimize the cost of transport in burst-and-coast. We turned to numerics to elucidate whether an explanation of the observed behavior in terms of energetics was plausible. We constructed a numerical model of the burst-and-coast cycle (see schematic diagram above) based on computational fluid dynamics (see also [3]) to estimate the energy expenditure needed to sustain a given cruising speed using different burst-and-coast gaits.  By sweeping a parameter space constituted of the bout time, the duty cycle and the frequency and amplitude of the tail beating within the bursting phase, the numerical model shows that the observed burst-and-coast regime can be understood as obeying a minimization of cost of transport. 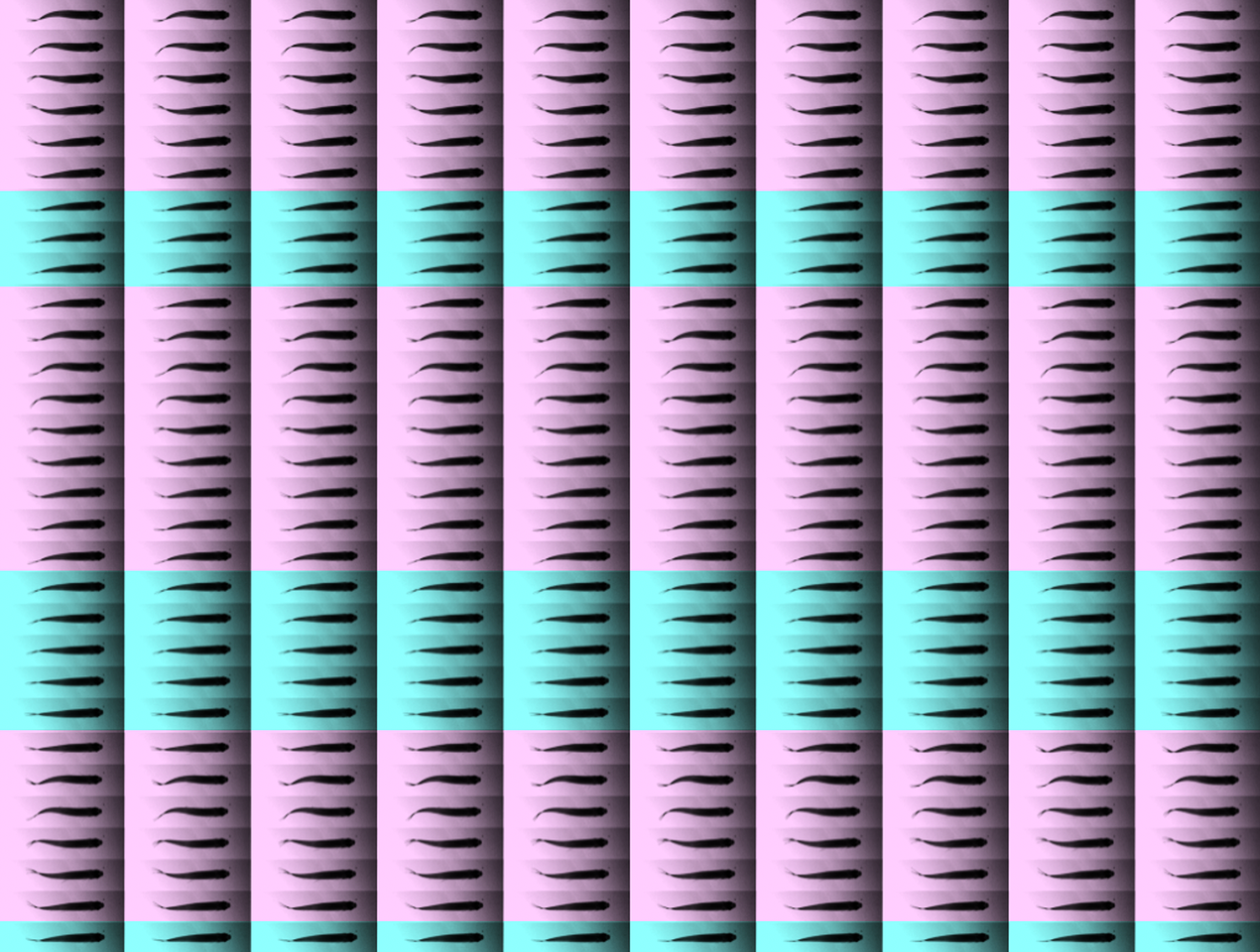 Body and caudal fin undulations are a widespread locomotion strategy in fish, and their swimming kinematics is usually described by a characteristic frequency and amplitude. In some cases, fish use intermittent gaits, where a single frequency is not enough to fully describe their kinematics.