Now that the protocol is established, a comprehensive comparative analysis is more comfortable to perform. We will continue to explore the possibilities of fibroin in a broader range of subjects.
Nobuaki Kono
Project Assistant Professor, Keio University
Follow
Like

Nobuaki Kono et al. report the genome sequence of the bagworm, an insect that produces silk throughout all life stages. The authors find that bagworms have a novel fibroin gene sequence that contributes to the high tensile strength of bagworm silk.

In 2019, we published a paper examining a bagworm (Eumeta variegata: Psychidae) genome and elucidating the silk genes' overview. So far, we have been interested in the potential of natural protein-based materials and have been studying them for future artificial applications. We have been particularly interested in spider silk. There are many attractive features of spider silk. One of the reasons it attracts our researchers' attention is the diversity of its mechanical properties. There are seven known types of spider silks, all of which are made of different proteins and have other mechanical properties. This means that understanding the relationship between molecular design and physical property enables us to use them artificially. In the meantime, I heard a rumor that there is an insect with more muscular tensile strength than spiders. It is the bagworm (E. variegata).

The bagworm is a Lepidopteran insect such as silkworm, but it has a slightly different use of the silk threads than other Lepidopteran insects. The silkworm larva uses only silk fiber to produce cocoons, spend a few weeks in the cocoon, and emerge as a moth. On the other hand, bagworm larva make bags using tree branches and other materials with the silk fibers as an adhesive. Furthermore, bagworm hangs itself from the trunk or branch with the silk fiber. For example, spiders also use dragline silk to hang themselves. This silk has the strongest tensile strength among the seven types of spider silks.

Nevertheless, he received invitations to speak at the "annual meeting of the Japanese Society of Sericultural Science" and contribute an article to some scientific magazines. These scientific communities were interested in the differences in the motif structure of the bagworm and silkworm fibroin sequence rather than their mechanical properties. Two special motifs have been found in the bagworm fibroin. These motifs are observed individually in silkworm and saturniid, but known examples of the two coexist. In other words, bagworm has an ancestral trait with both motifs that are branded in Lepidoptera. Furthermore, although the details are different, this hybrid motif was actually known in some spider fibroins as well. We do not have a clear evolutionary background between them. It has given us a great deal of inspiration for the artificial design of the silks. Now we are also trying to produce recombinant bagworm silk. Suppose we can reproduce the exact mechanical property differences depend on fibroin motifs. In that case, we will be one step closer to a design rule of the silk protein.

Initially, this bagworm research started simply to compare with spider silk. Still, now various related collaborations and research projects are in motion. In particular, this paper proved the versatility of the technologies we developed, including field sampling protocol for arthropods and strategies for determining involved fibroin genes harboring repetitive regions. These elemental technologies were basically prepared and designed to target spiders, but it turns out that they can be applied to other arthropods as well. Our technologies made it easier to unveil the natural structural proteins, as long as we had the cooperation of specimens. We are currently exploring new targets with our students and verifying whether the bagworm fibroin genes we discovered are unique to the genus Eumeta. Many different species in bagworms (family Psychidae) and their ecology are still poorly understood. We are planning to first thoroughly investigate other bagworms of the subfamily Oiketicinae to which E. variegata belongs, and then expand the target to other subfamilies (Psychinae and Naryciinae) or family (Tortricidae).

Now that the protocol is established, a comprehensive comparative analysis is more comfortable to perform as long as you have the specimens. We will continue to explore the possibilities of fibroin in a broader range of subjects. 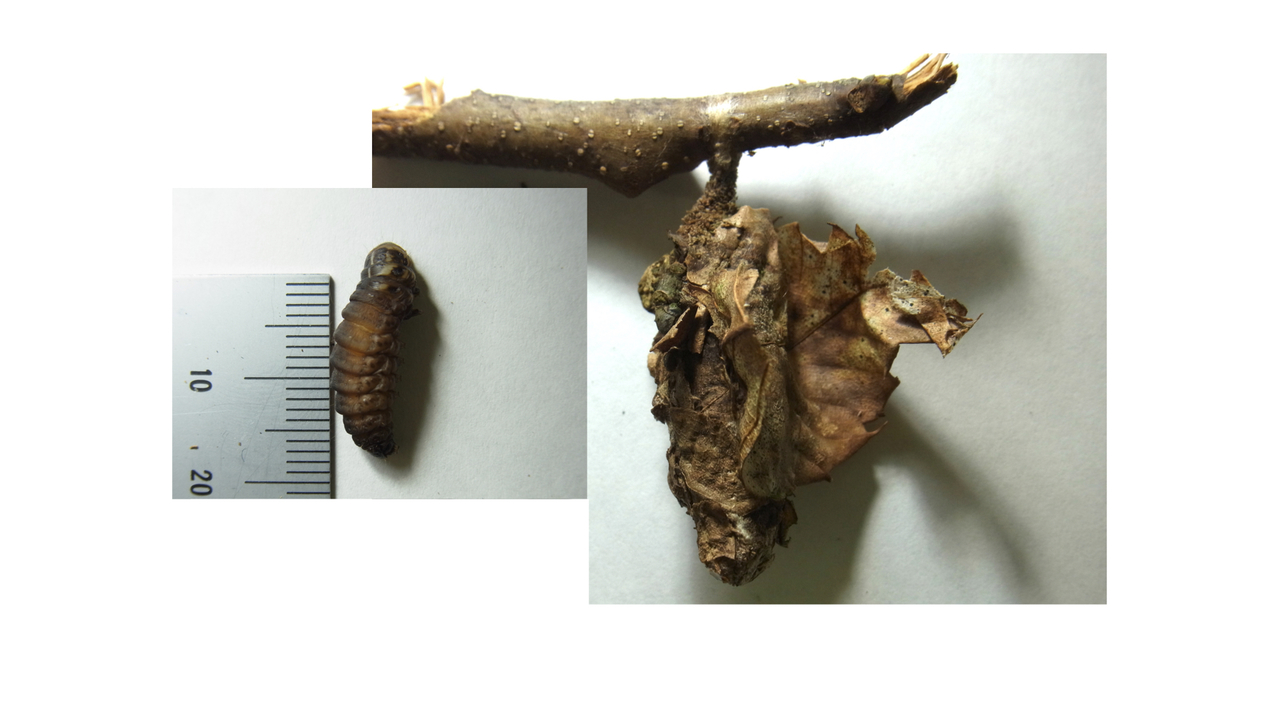 Now that the protocol is established, a comprehensive comparative analysis is more comfortable to perform. We will continue to explore the possibilities of fibroin in a broader range of subjects.