When we first started to investigate the ranging behaviour of badgers, we expected to see movement patterns within territorial boundaries. We soon discovered that nothing is that simple.

Territorial animals face a curious trade-off. Maintaining territories is a reliable way of defending food and spatial resources, as well as breeding opportunities. However, maintaining a perfect territory prevents breeding with animals outside the home territory. That leads to inbreeding, which has serious fitness costs to the territorial population. So, even when animals are maintaining territories, it is important to seek outbreeding opportunities. It is also important to remember that habitats change over time, being subject to natural disasters, like fires and floods, as well as less dramatic inter-annual variations in weather. Changes to food and spatial resources within a territory may change the quality of that territory, such that a neighbouring territory may become desirable. Put another way, territorial animals need to monitor information about breeding opportunities and resources within both their, and neighbouring, territories, while maintaining their territorial borders. That sounds like quite a tall order.

Our study looked at the ranging behaviour of European Badgers (Meles meles). In Britain and Ireland these animals live in social groups that are known to maintain territorial boundaries, using border latrines and scenting posts. These smelly signals act as olfactory signposts which warn potential trespassers. Despite such obvious indications of territorial lines, badgers regularly breed with animals outside their social group. This outbreeding is known to benefit the fitness of social groups. Because female badgers can delay the implantation of fertilised eggs, they, as well as male badgers, are motivated to seek outbreeding opportunities. Looking at data collected from a population of collared badgers in County Wicklow, Ireland, we found that male and female badgers were making a great many journeys into neighbouring territories (known as Extra-territorial Excursions, or ETEs) during seasonal breeding peaks (when sex hormones are at high concentrations).

However, the need for out-breeding did not tell the full story. The age and sex of the badgers mattered too. Breeding males made longer and more frequent ETEs than breeding females, and immature badgers made fewer and shorter ETEs than badgers of breeding age. Badgers made ETEs both during, and outside, the breeding season. Indeed, badgers were recorded visiting their neighbours in every month of the year. The ETEs made outside the breeding seasons were less frequent, and appeared to be for monitoring purposes. Badgers are able to assess a great deal from olfactory signals; not just the identity of an animal, but how recently it left the signal and even its breeding status. It might, therefore, be better to consider border latrines as noticeboards, rather than warning signals.

Badgers are known to be maintenance hosts of M. bovis, the bacterial agent responsible for bovine TB. Since badgers are making ETEs throughout the year, they are mixing more readily than current models identify. This may have implications for bovine TB management. However, if vaccination strategies target cubs (the age cohort making shortest and fewest ETEs) they can minimise any disease spread caused by those animals in later life. In addition, if the vaccination programme is completed before September (a month when all adult badgers made at least one ETE), it should prevent a potential peak in TB transmission between neighbouring adults and resident cubs.

By looking at the movement of badgers across territorial boundaries, we have discovered that they are information-gathering throughout the year, as well as seeking outbreeding opportunities at certain times of the year. While this additional mixing between social groups may provide cause for concern among those monitoring bovine TB, a targeted vaccination policy should minimise any detrimental effects of ETEs with respect to that disease. 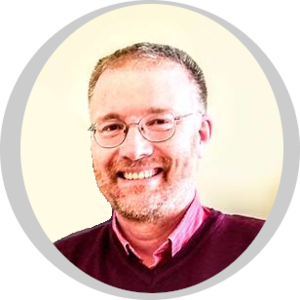