Theory predicts that organisms in varied environments should evolve to be more phenotypically flexible. Evidence combining genetic and physiological variation with thermal acclimation experiments shows that the thermogenic flexibility of wild juncos is greatest in populations where temperatures are…

How much intra-specific trait variation exists across a population’s range? This has been a classic question in ecology and evolution, driving efforts to quantify differences in traits such as bird song, plant coloration, and mammalian diets across species’ ranges. Physiological traits are notoriously difficult to measure and, as a result, relatively few studies have endeavored to sample them across large spatial scales. What is more, most physiological traits are phenotypically flexible, meaning that their trait values can be repeatedly changed throughout an individual’s life. Not surprisingly, as a result, even fewer studies have endeavored to quantify range-wide variation in the flexibility of a physiological (or any other) trait.

Despite this paucity of data, a substantial body of theory has grown up around the ecological and evolutionary factors influencing differences among populations in phenotypic flexibility, as well as the importance of flexibility to species’ responses to rapid environmental change. These efforts suggest that the underlying degree of environmental heterogeneity is the likely driver of intra-specific variation in flexibility and so may signal which populations may be most responsive to anthropogenic-related environmental changes.

During my graduate work, I wanted to test this theory using Junco, a genus of small songbirds distributed across nearly all of North and Central America that have long been models for studying the flexibility of physiological traits. I started this endeavor in 2013, at the end of my first year as a master’s student, meaning that this project, in its original form, was intended to take about a year. Eight years and hundreds of juncos later, it’s finally seeing the light of day!

Second, we wanted to quantify whether or not genetic variation across junco populations was correlated with differences in their abiotic environments. Relying on genetic samples that we collected during our field sampling efforts, as well as many more from museum collections, we were able to incorporate samples from every Junco taxon from nearly every corner of their distribution. Then, using a set of more than 20,000 single nucleotide polymorphisms, we found that genetic variation among juncos correlated with the amount of temperature variability they likely experience annually.

Finally, we wanted to recapitulate our field efforts in the lab using acclimation experiments where we could control for the temperature range individuals were experiencing, what they ate, how much daylight they received, and their levels of genetic relatedness. For this lab study, we used five different populations of juncos that each remain resident in a relatively small geographic area year-round so that we could characterize their native thermal environments. That meant driving from the University of Montana to southern and central Arizona, southern California, the central Oregon coast, and the Black Hills of South Dakota; at each destination, filling our car with juncos; and driving through the night to bring them back to our laboratory and its temperature-controlled acclimation chambers. On one occasion, we had 48 juncos and three humans in one vehicle for a 23-hour drive! By some miracle, we never had car trouble nor were pulled over and forced to explain our cargo. After putting in those thousands of miles, we found that populations that experience the largest temperature ranges also exhibit the most flexibility in their thermogenic capacity. For instance, juncos that live in mild, thermally constant San Diego were largely unable to change their thermogenic capacity in response to our experimental treatments, while those from the Black Hills where they experience both extreme heat and cold, varied their thermogenic capacity dramatically.

Needless to say, this work would not have been possible without the help of many, many people and institutions: from my collaborators that took the 2am driving shift or shared their own junco data; to the natural history collections that provide the critical service of preserving specimens for future generations; to the folks that guided me to good junco spots and helped navigate the arduous process of obtaining permits in ten different states; to the lab mates, undergrads, mentors, friends -- and even my father-in-law! -- that were willing to spend a couple days catching juncos all over the country with me.

Our results support nearly all of the predictions set forth by past theory. This is not only an interesting finding, but vitally important as we strive to make predictions about which populations will be able to withstand future environmental changes. Currently, most forecasting efforts assume that a species does not vary in the amount of flexibility it can exhibit across its range. However, if the measures of flexibility for a species come from a portion of their range with little historical environmental heterogeneity, these measures might be biased low and lead to an overly poor outlook. And, of course, the opposite would be true if the measures came from an especially heterogenous part of a species’ range. Future forecasting efforts should therefore take into account the possibility that flexibility may vary intra-specifically in order to develop accurate models of species’ vulnerabilities to environmental change.

I try to integrate physiological and ecological approaches with recent genomic techniques to explore the mechanisms driving seasonal phenotypic flexibility and environmental adaptation. 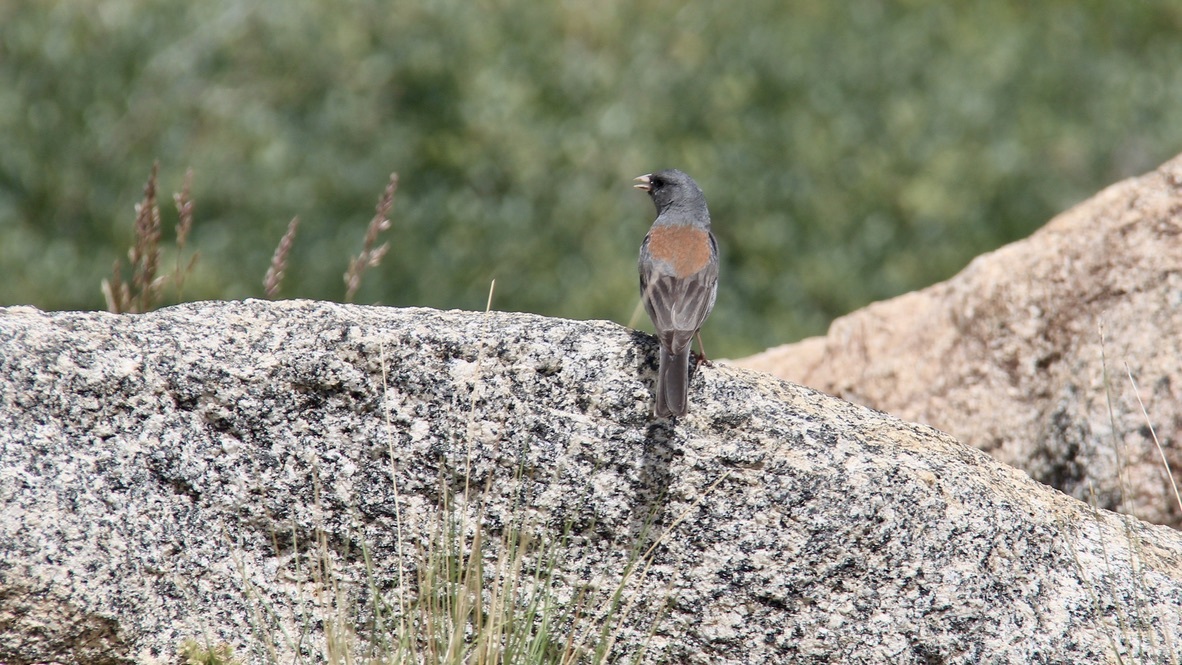