Animal venoms typically evolve by recruitment and subsequent diversification of endogenous proteins and peptides. However, centipedes have also on multiple occasions incorporated the weapons of bacteria and fungi into their venoms .

+1
Eivind Andreas Baste Undheim and 1 other View all
Associate Professor , University of Oslo/Norwegian University of Science and Technology
Follow 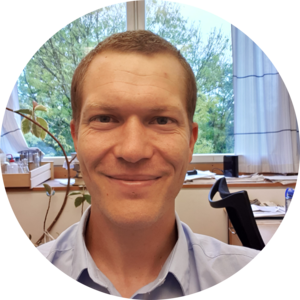 It was the summer of 2018 when my friend and colleague Ronald Jenner came to visit me for a few days’ writing retreat in Åsgårdstrand, a small seaside town near Oslo, Norway. It’s a quiet town, although with quite a few visitors during summer. It consists of old white wooden houses and is mostly famous for being where Edward Munch (who painted “Scream”) had his summer place and did a lot of his painting. In other words, a perfect place to work, think, and discuss science while going for walks or just enjoying the long warm days of summer.

We were supposed to work on a large comparative study on the evolution of centipede venoms 1 when we realised that several of the centipede venom proteins returned only prokaryote sequences when BLAST searched against UniProtKB. Although we had suspected that one of the protein families identified earlier was of bacterial origin 2, the number of putative toxin families of potential horizontal gene transfer (HGT) origin came as a big, and very exciting, surprise. We knew of only a few well-supported but isolated cases of HGT contributing to the evolution of venoms—venom toxins are usually repurposed endogenous proteins—so we quickly realized the importance of our discovery. Although we tried to focus on the task at hand and finish our comparative study of centipede venoms, the excitement over the new discoveries kept distracting us. By the time Ronald headed back to London, we were not much closer to having finished our planned manuscript. Instead, we had prepared long to-do lists of building and testing evidence that supported possible HGT origins of numerous centipede toxin families.

Despite these to-do lists, the HGT project had to take a back seat once our work days returned to normality, overtaken by other more urgent tasks. However, we still managed to keep up progress at a slow but steady pace, looking for holes in our arguments and new ways to test our hypotheses on the role of HGT. During the following couple of years, we had many digital and in-person meetings, examining metres-long (!) print-outs of our sequence alignments and phylogenetic trees as well as long discussions at the pub during my visits to the UK. Our trees suggested not only that centipedes had acquired multiple venom protein families via HGT from bacteria and fungi, but also that some of these families had been transferred several times independently.

Two and a half years after our first discovery during that warm summer day in Åsgårdstrand it is great to see the fruits of our labour published in Nature Communications. The implications of our work are significant: almost 10% of toxin families found in centipede venoms originated from HGT events. Several HGT events involved the recruitment of proteins with pre-existing roles as bacterial toxins, suggesting that centipedes can utilize molecular weapons evolved in different lineages. Although the number of HGTs into centipede venoms eclipses the number of such evolutionary shortcuts that have been detected in other venomous animal lineages, most animal venoms contain many venom proteins and peptides that lack any identifiable homologues. These are prime suspects for being of HGT origin. Our results thus suggest that HGT may play a much greater role in the evolution of venoms than hitherto suspected.

I am interested in the molecular processes that drive the evolution of traits, how these processes affect each other across levels of biological complexity, and how this knowledge can be applied to guide the discovery and development of novel analytical and molecular tools, therapeutics, and agrochemicals. I am especially interested in the biology and evolution of animal venoms, which are fascinating and key adaptive traits for a wide range of animals that provide opportunities for studying evolutionary innovation and novelty at levels that range from morphology to molecules.
Follow