Predicting the biodiversity of rivers

By coupling environmental DNA data collected in rivers with a hydrology-based model, it is possible to reconstruct spatial patterns of freshwater biodiversity at high spatial resolution
Luca Carraro
Postdoc, Eawag, Swiss Federal Institute of Aquatic Science and Technology
Follow
Like Be the first to like this
0

Biomonitoring via environmental DNA (eDNA) is an important conservation tool for freshwater ecosystems, but this is complicated by eDNA movement downstream. Here, Carraro et al. develop and test an approach to reconstruct high-resolution spatial biodiversity patterns from freshwater eDNA.

As dramatically pointed out by the recent report of the Intergovernmental Science-Policy Platform on Biodiversity and Ecosystem Services (IPBES), global biodiversity is declining at large, unprecedented rates with potentially devastating effects on ecosystems’ state and function and, as a consequence, deleterious consequences for us humans. The recent decline in freshwater biodiversity represents an epitome of this phenomenon. Indeed, while constituting only 0.01% of the Earth’s water resources, freshwater retains a key role in sustaining global biodiversity, hosting almost 6% of all described species.

Efficient tools to accurately monitor freshwater biodiversity are therefore urgently needed. In this regard, the use of environmental DNA (eDNA, i.e. detection of organisms’ DNA in the environment) holds great promise as a fast and non-invasive way to measure biodiversity: instead of detecting and identifying organisms in their natural habitat, biodiversity assessment boils down to collecting water samples in a river, bringing them to a lab, and extracting and sequencing the DNA contained therein. However, since eDNA is transported downstream by streamflow and it is degraded during such transport, an eDNA sample collected at a river site is not representative of the local biodiversity but rather of the upstream biodiversity. How can we interpret these eDNA data to reconstruct spatial patterns of biodiversity in rivers?

In a recent paper published in Nature Communications, we propose the use of eDITH (eDNA Integrating Transport and Hydrology), a model based on hydrological and geomorphological first principles that allows disentangling the eDNA signal collected at some river sites into plausible biodiversity maps at high resolution. We applied eDITH to eDNA data for 50 genera belonging to may-, stone- and caddisflies collected at the river Thur, in Northeastern Switzerland. Together with eDNA, we also collected individual organisms via kicknet samples. We were therefore able to evaluate the accuracy of the predictions made by eDITH with respect to the kicknet data, which resulted to be very high, ranging from 57–100% according to the genus. Our method can be used for large-scale and high-resolution assessments of state and change of biodiversity even with minimal prior knowledge of the riverine ecosystem. In particular, eDITH enables identifying biodiversity hotspots that could be otherwise overlooked, and where targeted conservation strategies could be implemented.

I first developed the concept behind this work during my PhD years, where I was trying to model the spatial distribution of a parasite responsible for massive kills of salmonid fish. But it was during my postdoc at the University of Zurich and Eawag in the group of Florian Altermatt that we were able to enhance this approach and move from single-species analysis to full biodiversity assessments. This work would not have been possible without the complementary skillsets of all people involved: Elvira Mächler’s expertise in molecular techniques, Remo Wüthrich’s profound knowledge of taxonomy, my competence in hydrological modelling, and the knowledge on aquatic ecology and guidance by Florian Altermatt. The project also profited from a unique and large collaborative dataset acquired in Florian’s group, showing both the value of large datasets and joint interdisciplinary approaches. Our joint effort gave me once more the awareness that interdisciplinary research is the way to go to solve the current scientific challenges! 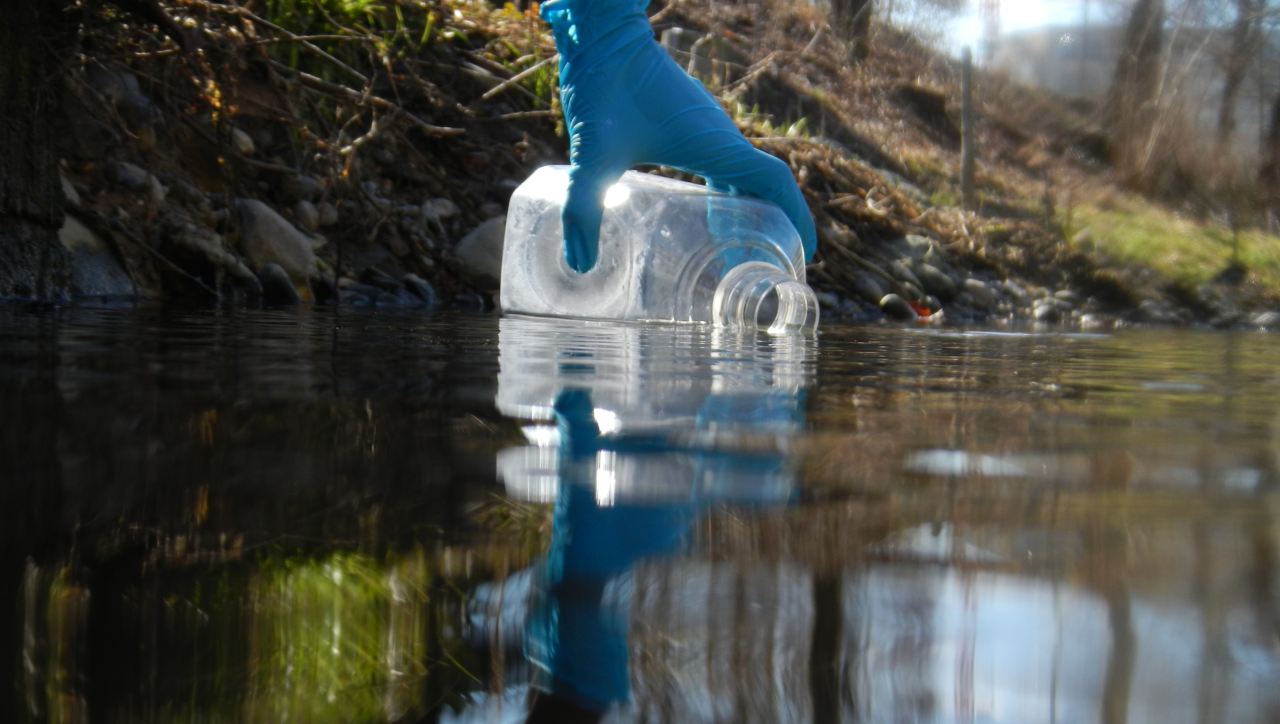 Predicting the biodiversity of rivers

By coupling environmental DNA data collected in rivers with a hydrology-based model, it is possible to reconstruct spatial patterns of freshwater biodiversity at high spatial resolution