An exceptional bonebed from the Pampean Region of Argentina provides novel paleobiological and paleoecological information on the Quaternary ground sloths.

Pampean Region of Argentina has a particular attraction from paleontological viewpoint, since it is possible to find fossil remains of continental vertebrates corresponding to the last 10 million years. This characteristic aroused both in me and other researchers, the restless (and the need) to learn more about the life history of fauna that lived in this area during the late Cenozoic. In this frame, the fossil record of megamammals is abundant and diverse, among which the large terrestrial sloths (Xenarthra, Folivora) stand out… “megabeasts” that have attracted the attention of renowned researchers since the end of the XVIIIth Century.

Lestodon armatus is a giant ground sloth, belonging to the Mylodontidae family, with an estimated body mass of 3,400–4,100 kg for adult individuals. This species inhabited southern South America during the Pleistocene and became extinct along with the rest of the megafauna near the Pleistocene-Holocene limit. They have no analogues living today, as extant sloths are only represented by arboreal species, which are restricted to the Neotropical rain forest. Previous researches often highlight the remarkable abundance of fossil remains belonging to Lestodon armatus in a late Pleistocene level that crops out in Playa del Barco site (Pampean Region, southwest Buenos Aires Province). This motivated me, along with colleagues from Argentina, Spain, and Brazil, to study the collections of the Museo Municipal de Ciencias Naturales "Carlos Darwin" (Punta Alta, Argentina) and Museo Argentino de Ciencias Naturales "Bernardino Rivadavia" (Buenos Aires, Argentina), where the materials from this fossiliferous locality are hosted, in order to understand the processes and agents that favored the preservation of the great number of remains of Lestodon armatus and learn more about their biological and ecological characteristics (Tomassini et al. 2020). Based on these premises, we decided to propose a multidisciplinary study (taphonomic, paleopathological, paleohistological and isotopic analyzes), on almost 300 fossil remains of this species. A radiocarbon dating allows us to estimate an approximate antiquity of 19,850 years for the fossil assemblage.

We identified, at least, 13 individuals of different ontogenetic stages (juvenile, adult, and senile) and possibly different sex. Thus, following different lines of research, we inquired on different life history traits of this species. Bone microstructure provided information on the growth pattern of the different ontogenetic stages. Paleopathologies observed in senile individuals with huge body mass reflected different lesions that affected the spine and extremities. Stable isotope data showed a mixed C3-C4 diet or an intermediate diet between open C3 vegetation and mixed C3-C4 vegetation, which reflects some extent of dietary flexibility. Preservational features suggest that some skeletal elements were quickly buried close to the place of death, while others were lost due different destructive post-mortem processes.

Available evidence obtained from this multy-proxy approach allows us to interpret that the assemblage of Lestodon armatus from Playa del Barco was originated by a local single event of catastrophic mortality. Although we could not determine the cause of death, some possible options include drought, flash flood, diseases. Thus, based on the identification of several individuals belonging to the same species, with different ontogenetic stages and possibly different sex, which died together due to a catastrophic event, could propose that the recovered assemblage represented part of a social group and that, therefore, at least sometimes, Lestodon armatus had gregarious habits and formed herds.

To the long-term field experiments 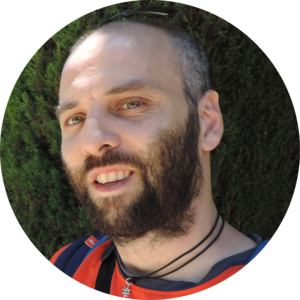