Different genomes in a new allopolyploid often lead to “genome shock”, a term coined by Barbara McClintock 1, which may result in different consequences 2. In some allopolyploids such as oilseed rape (or canola, Brassica napus) and Tragopogon miscellus, they show rapid genomic reshuffling, producing aneuploids and exchanges between homoeologous chromosomes. However, in other allopolyploids such as Arabidopsis suecica, Upland cotton (Gossypium hirsutum) or Pima cotton (G. barbadense) 3, the genomes coexist relatively stable, although changes can occur at levels of gene expression and epigenetic modifications. The basis for paradoxical consequences between rapid genome reshuffling in some polyploids and genome stability in other polyploids remains unknown.

In this study, Jiang et al. 2 used Arabidopsis suecica (AATT, 2n = 4x = 26) as a model system because it has natural allotetraploid derived from A. thaliana (TT) and A. arenosa(AAAA), and it can be created in the laboratory by pollinating tetraploid A. thaliana Ler4 ecotype (TTTT, 2n = 4x = 20) with A. arenosa (AAAA, 2n = 4x = 32) pollen. These neo-allotetraploids (Allo733 and Allo738) are genetically stable and comparable with natural A. suecica. Moreover, A. arenosa is obligate outcrossing and highly heterozygous, which makes it difficult to accurately assemble its genome. Using integrated (PacBio long read and Hi-C) sequencing approaches, the team completed reference-grade sequences of A. arenosa(extracted from neo-allotetraploids) and A. suecica. The newly assembled T subgenome of neo-allotetraploids is almost identical to the published A. thaliana Ler sequence, and A subgenome is closely related to the A. arenosa sequence. Except for some translocations, rearrangements, and more gene family loss in T subgenome and more gene family gain in A subgenome, A. suecica subgenomes are conserved in gene synteny and content, as also reported in another study using natural A. suecica 4. The amount of homoeologous exchanges between two subgenomes in Allo738 is relatively small, only ~21.5 kb of the A. thaliana origin in the A subgenome and ~1.4 Mb of the A. arenosa origin in the T subgenome. Among transposable elements, LTR retrotransposons tend to be more active (younger insertion events) in the T subgenome of A. suecica than in A. thaliana species. The conserved genomic synteny between allotetraploids and related species may suggest a role for epigenetic modifications in nonadditive gene expression as observed in resynthesized and natural allopolyploids.

For those allopolyploids that underwent rapid genomic reshuffling, it is possible that the species or strains used to form natural B. napus or wheat 8,000-10,000 years ago may become extinct. In some polyploids such as Tragopogon, parental species may be closely related to experience genomic exchanges, whereas in tetraploid and hexaploid wheat, homoeologous exchanges are inhibited by pairing homoeologous (Ph) locus 5. In Arabidopsis and cotton allotetraploids, the latter of which were formed ~1.5 million years ago, a combination of balanced genomic diversity and pervasive epigenomic modifications may stabilize subgenomes. This role of epigenomic modifications in genomic stability and gene expression may help identify epigenomic targets for gene-editing tools to modify and improve agronomic traits of polyploid crops. 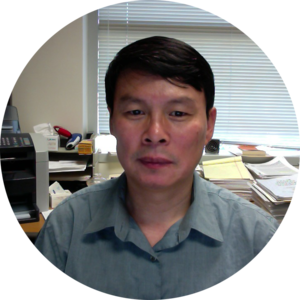