Rapid changes in climate and landscape erosion in cold regions

Anthropogenic warming is causing cryosphere degradation, which is increasing erosion and sediment transport. This Review describes changes in sediment fluxes and explains how peak sediment will be reached as a result of deglaciation and permafrost thaw.

The world’s cold regions, ranging from high mountains to polar regions, harbor the most distinct hydrological and geomorphic environments and breed a variety of unique ecosystems. These cold regions support the livelihoods of a quarter of the global population. The unprecedented atmospheric warming since the mid-20th century has driven rapid cryosphere degradation and dramatically altered terrestrial/coastal landscapes. The associated increases in erosion and sediment delivery are posing threats to riverine and near-shore marine environments and triggering cascading impacts on water-food-energy security. The pressing need to evaluate the geomorphic responses to climate change in the world’s cold regions leads to our recent review paper ‘Warming-driven erosion and sediment transport in cold regions’ just published in Nature Reviews Earth & Environment.

Global-scale understanding of glacier mass loss and permafrost degradation has improved significantly over the past decade, whereas the global picture of geomorphic responses in these cold regions has hitherto been missing. While the public and academic communities talk about the multifaced social-ecological consequences (including impacts on water quality, energy, and fishery) of cryosphere degradation, the erosion and sediment issues behind them have been largely overlooked. This is, in part, from the imperfect understanding of how climate, cryosphere, and hydrogeomorphic processes are interrelated. To bridge such knowledge gap, in this review, we systematically elaborate the mechanisms of erosion and sediment transport related to both deglaciation and permafrost thaw; synthesize the global pattern of changes in erosion and sediment yield; explain how and when peak sediment yield will be reached as continuous deglaciation; discuss the challenges and uncertainties in sediment projections.

Sediment mobilization in mountain headwaters and cascade from mountain sources to delta sinks can be extremely complicated, involving many climatic and environmental factors interplayed and complicated by human activities. Over the past years, we went to the fields in High Mountain Asia many times to investigate the sediment sources and delivery processes in permafrost environments (e.g., central Tibetan Plateau, headwater of the Yangtze) and proglacial regions (e.g., Parlung Tsangpu River, one headwater of the Brahmaputra). Our co-authors also have long research experiences on glacier/permafrost erosion and coastal dynamics across worldwide cold regions, including the high Arctic, Antarctic and European mountains. Based on our knowledge and hundreds of publications on this topic, we systematically generalize and illustrate the erosion in cold regions and source to sink sediment transport processes in this review. We hope these illustrations could pave the shortcuts for researchers who are new to this topic.

To depict a global picture of changes in erosion and sediment transport, we went through more than 200 publications and tried to capture geomorphic signal of climate change. Most of them focused on seasonal sediment dynamics or short-term sediment changes based on a few years of observation (e.g., less than ten years), which are difficult to evaluate the geomorphic footprints of climate change. Luckily, we identify a 2-8 fold increase in sediment fluxes and more than doubled coastal erosion rates in many cold regions between the 1950s and the 2010s from more than 80 publications with long-term observations or conducting paired observations. We further present a global inventory of cryosphere degradation-driven increases in erosion and sediment yield, with 76 locations from the high Arctic, European mountains, High Mountain Asia and Andes, and 18 Arctic permafrost-coastal sites.

With continuous cryosphere degradation, sediment fluxes are likely to increase in the next decades until reaching a maximum (peak sediment). Thereafter, sediment fluxes will decline as glacier/permafrost erosion ceases and sediment contributing area shrinks. Sediment transport will likely shift from the ongoing temperature-dominated regime toward a rainfall-dominated regime roughly between 2100-2200. 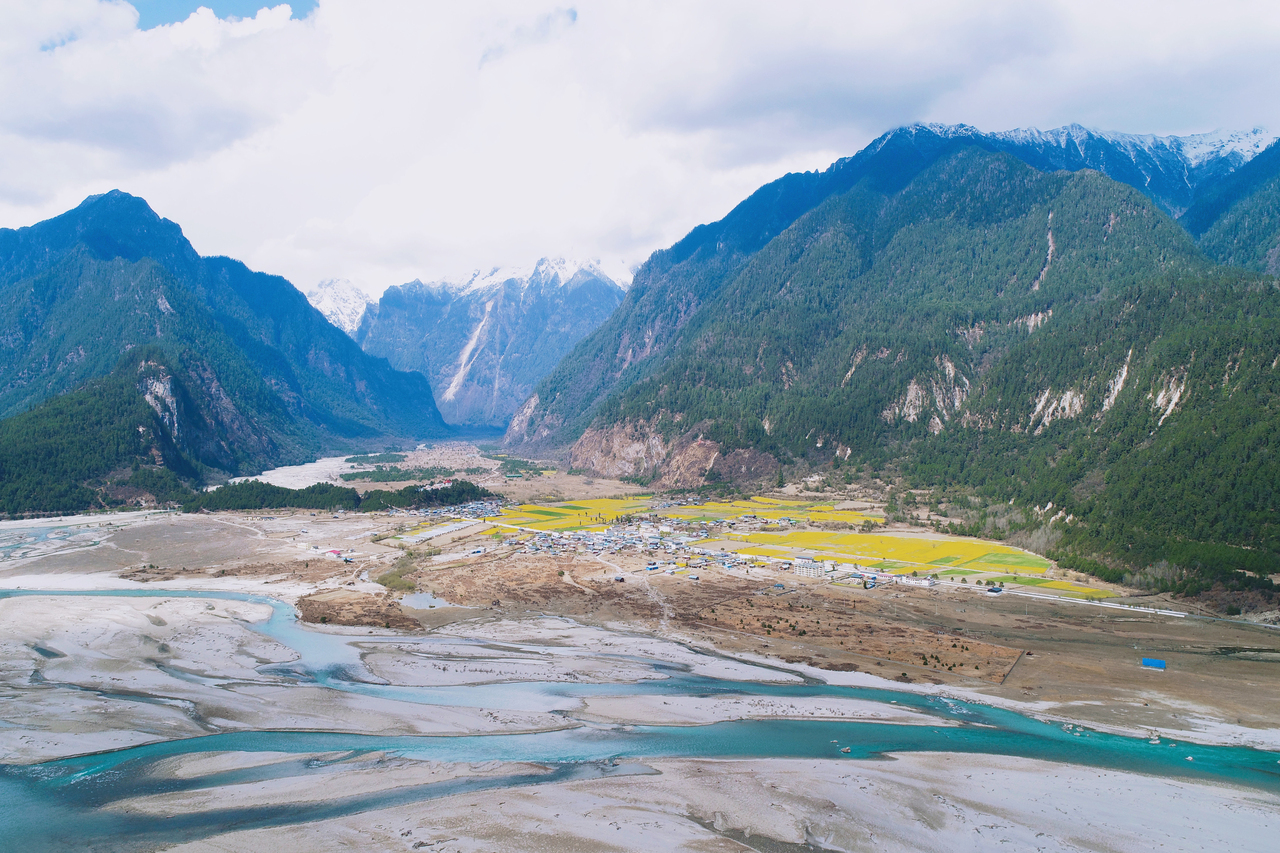 Rapid changes in climate and landscape erosion in cold regions