Numerous well-preserved Eocene (~39 Ma) plant spine fossils discovered in the central Tibetan Plateau, combined with molecular phylogenetic reconstruction, point to a rapid diversification of spiny plants in Eurasia around that time. This may be linked to the climate change and herbivorous mammals.
Zhang Xinwen
PhD student, Xishuangbanna Tropical Botanical Garden, Chinese Academy of Sciences
Follow
Like Liked by Evelina Satkevic and 1 other

Spines are an important physical defense for many plant species. Here, the authors describe seven different spine morphologies from the Eocene of central Tibet associated with regional aridification and expansion of herbivorous mammals.

The Tibetan Plateau and associated mountain systems like the Himalaya, form the most extensive highland on Earth, and is sometimes known as the "Roof of the world". About 61 million years ago, the Indian subcontinent collided with the Eurasian continent, and for many years it was thought that this collision alone created the Tibetan Plateau. However, we now know that prior to the arrival of India Tibet already featured a complex mountains-and-valley topography as a result of earlier tectonic collisions and the transition of this ancient high relief landscape to a plateau provides natural laboratory for studying the coevolution between life and environment.

The term 'plant functional traits' refers to a range of plant characteristics that affect competitive success, survival and reproduction of plants. Traits are shaped by the interaction between plants and the environment during long evolutionary processes in geological 'deep time'. Plant functional traits enable plants to better utilize resources, reduce niche overlap and competition between species, and so maintain the ecosystem stability. Spines are an important functional trait shared by many plant species, mainly related to the defense against predation by herbivores.

We found many types of fossilised plant spines in Eocene (~ 39 million-year-old) rocks of the Lunpola Basin in the central Tibetan Plateau, at an altitude of more than 4,800 meters. The modern vegetation there is dominated by alpine steppe. Since 2016, the Chinese and UK scientists have been discovered a wealth of fossils, including fish such as the air-breathing climbing perch, insects such as water strider (pond skater), palms, golden rain trees, etc. all of which point to a rich subtropical "Shangri-La" ecosystem in Tibet's ancient central valley.

Until now, little was known about the evolution of plant spines due to a comparative lack of fossils. Based on shape, size and other features, we divided these newly-discovered spiny fossils into seven types. Combined with reconstructing plant evolutionary patterns using molecular data, we found that Eurasian spiny plants began to diversify rapidly in the Eocene. Abundant herb fossils and small pieces of microscopic silica known as 'phytolith' that they produce were also discovered from the fossil beds, showing that these spiny plants grew in open woodlands; an interpretation also supported by simulating the past climate and vegetation in this ancient valley using computer models.

Morphotypes of spiny fossils from the Eocene sediments of the central Tibetan Plateau.

The evolution of plant functional traits is closely related to past environmental changes. The retreat of the nearby Neotethys Ocean in the late Eocene led to drying in central Tibet, and combined with global cooling created the conditions for the opening up of the forests, greater access by plant eating animals and the development of plant spines. By counting the fossil records of herbivorous mammals in Central Asia (including the Tibetan Plateau) over the past 66 million years, we found that the expansion of herbivores in the Eocene coincided with the rapid differentiation of spiny plants. It seems drying, the development of woodlands and greater numbers and types of herbivores drove the evolution of plant spines in the Central Tibetan Valley about 24 million years earlier than a similar transition in Africa.

Combined with other recent studies exploring environmental changes of the Tibetan Plateau in the geological past, it is clear that this area had an important impact on plant diversity not only across Asia, but more widely and this study shows the region's impact on plant functional traits that are important worldwide. As more field work is done in this difficult high-altitude location it will reveal more information of how Earth systems as a whole interact spanning biology, climate and Earth's deep geological processes.

My research interests are mainly in the evolutionary history of vegetation on the Tibetan Plateau and its coupling relationship with environmental changes. 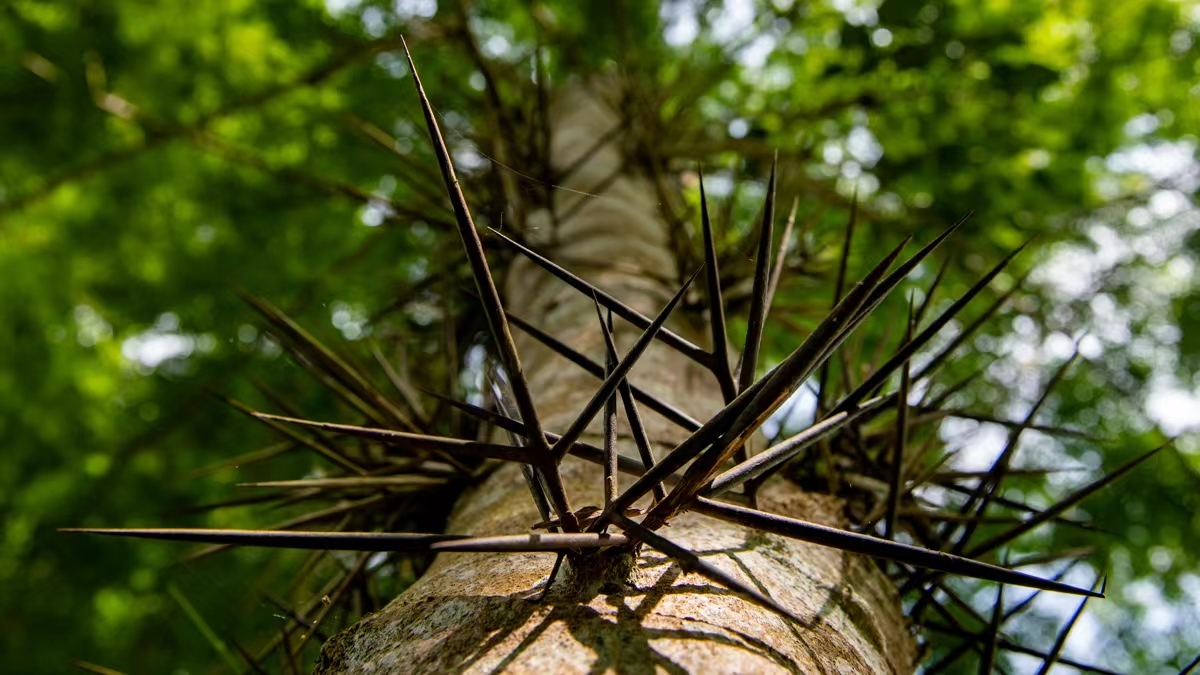 Numerous well-preserved Eocene (~39 Ma) plant spine fossils discovered in the central Tibetan Plateau, combined with molecular phylogenetic reconstruction, point to a rapid diversification of spiny plants in Eurasia around that time. This may be linked to the climate change and herbivorous mammals.