Searching for the best sward structure for grazing: an ecological approach

Grassland ecosystems comprise approximately 25% of the global land cover. They can be natural or sown and constitute the main feed resource of billions of wild and domestic herbivores. Their role in global food security is pivotal because most of these areas contribute to the economies of developing countries, providing employment, incomes, and livelihoods to the rural poor and workers along diverse value chains. Grasslands products such as milk and meat provide a fifth of the world’s calories.

Grasslands ecosystems are a hot environmental topic, as they can act as a carbon source or sink, depending on pasture management. For example, the difference between a desirable or disadvantageous carbon balance in grasslands can be determined by a single management factor: the grazing intensity (i.e., stocking rate). Pasture management is recognized as one of the main drivers of carbon, nitrogen, and water dynamics in grassland ecosystems, affecting biodiversity, soil conservation, primary and secondary production. This is why investigating grassland management targets coherent with the principles of sustainability is extremely important.

The recent article published in Scientific Reports is part of a set of studies that aims to determine grazing management targets for different forage plants, based on the ecology of the grazing animal (“Rotatinuous” grazing-concept). In this study, we offered Tall Fescue pastures to grazing sheep. Tall Fescue is a perennial plant native to Europe, western and central Asia, and North Africa, and estimated as one of the most widely sown temperate grass in the world. We built Tall Fescue pastures of different sward surface heights (SSH) representing plant structures to be gathered by the grazing animal, and investigate the grazing behaviour by sheep at bite level. Multivariate analysis showed that the short-term intake rate (STIR) and bite mass were positively correlated (video), bite rate and total jaw movement rate were positively correlated, but both were negatively correlated with time per bite. The SSH of tall fescue corresponding to the maximum STIR was 22.3 cm, considered then as the optimal sward structure for grazing. The underlying processes determining herbage intake were driven by the bite mass, which was influenced by the leaf lamina bulk density and its consequences upon time per bite. This optimal SSH can be used as a management guideline to build grazing systems such as rotational stocking (multiple paddocks) or continuous stocking (single paddock) to optimize the grazing process on pasture-based animal production systems. If animals graze on optimal sward structures, as proposed by the management concept “Rotatinuous”, they produce more meat and milk and less methane being healthier and less stressed, as suggested by complementary studies.

A correlation of 0.97 was observed between short-term intake rate and bite mass (video). 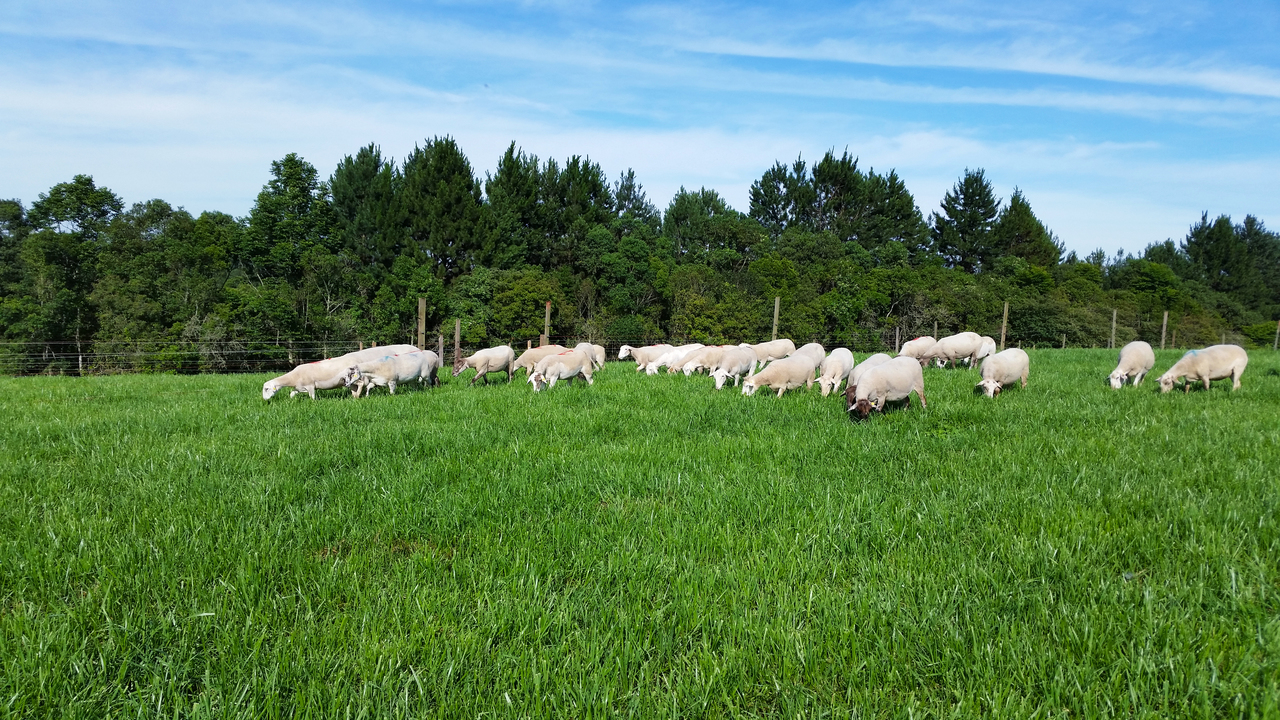 Searching for the best sward structure for grazing: an ecological approach