Seasonality in light changes with latitude but not with warming and becomes extreme at high latitudes. How may this affect organisms that are shifting poleward due to climate warming?

Globally, species are on the move due to climate warming. The general direction of movement is poleward, and to higher altitudes on land and greater depths in the oceans. Species are assumed to track spatial shifts in their preferred temperatures. Accordingly, most models that project biogeographic shifts in response to climate change base their projections on thermal-niche tracking. Yet, many other ecological factors also affect where a species can thrive and survive, and where it cannot. In our paper we focus on effects of seasonality in light, an important environmental factor for both bottom-up and top-down processes that has been largely ignored.

Our research group, the Theoretical Ecology group, is located in Bergen, Norway, at 60°N latitude. We know from own experience that the dark winters can be harsh and that the light summers are (mostly) a blessing. Luckily, we are humans who can go to the grocery store and get food even on the darkest winter day and can go inside and pull down the curtain when we get enough of the sun.

To survive at high latitudes, other organisms must take advantage of the light and productive summer season and need strategies to tackle the dark winter season, with no or limited access to food. Some scientists have pointed out that this is likely to be a problem for species that are tracking their preferred temperatures towards the poles. Nevertheless, for the marine environment, high-latitude regions (>60°N/60°S) have been projected to experience the highest species turnover and invasion intensities over the coming decades based on thermal-niche tracking.

Our research group has a long history of studying adaptations of organisms to seasonal environments. We also have a long history of studying how light affects both prey and predator encounters in aquatic environments, and thereby food intake and risk of predation. From the groups’ previous research, and that of others, there are particularly two things about the projections of species shifts into high latitudes that have been bothering us. Considering that warmer temperatures lead to a higher metabolic cost in ectothermic animals: 1) How would it be possible to overwinter further poleward, where the winters are even longer, when your energy stores are depleted at a faster rate, and 2) If you are forced to forage more due to a higher metabolic demand, how does this affect your risk of predation? The second question applies across latitudes, but if your predators use vision to forage, fewer hours of darkness in summer with increasing latitude could become extra problematic.

These two questions were bugging us for years, but we did not have any models in place to investigate them. Then one day we realized that we finally did! Tom Langbehn and I (Gabriella Ljungström) had been working on two separate mechanistic models for two different fish types in the north Atlantic: an epipelagic planktivore, exemplified by Atlantic herring (Clupea harengus), which forages on zooplankton near the surface, and a diel-vertically migrating mesopelagic planktivore, exemplified by the glacier lantern fish (Benthosema glaciale), one of the most well-studied group of mesopelagic fish. Mesopelagic planktivores are the most abundant vertebrate taxon on Earth and are found in all oceans, although at low numbers in the Arctic.

We knew that these models performed well: they had been validated against data, had been through thorough peer-reviews, and were published but with a different focus. The models incorporate explicit mechanisms for vision-based feeding, which depends on light and prey availability, and physiological processes that are temperature-dependent. We realized that the models could be easily modified to explore our bugging questions and eagerly set out to do so.

Getting answers to our questions

We used the model of an epipelagic fish to test the first question. The model showed that the energetic cost of overwintering increases with latitude due to the longer duration of the dark winter period, and with warmer temperatures this cost is higher. Hence, shifting poleward is not an option.

To test the second question, we used the model of a mesopelagic fish. Mesopelagic fish live in the twilight zone down to ca. 1000m depth. Many of these fish migrate to the surface at night to feed on zooplankton when it is dark and safe, since their predators cannot see them. At latitudes with midnight sun this is never safe, which may explain why there are hardly any mesopelagic fishes north of the polar circle. Warming forces them to take more frequent foraging bouts into surface waters, leading to a higher predation mortality with more hours of midnight sun. Once again, shifting poleward is not an option.

These are two mechanisms through which seasonality in light can act as a barrier to warming-driven range expansions at high latitudes. Furthermore, our models even projected a southward shift, to less seasonal latitudes, for the epipelagic fish in winter and of the northern range margin of the mesopelagic fish.

That organisms may shift equatorward due to climate warming is unintuitive and opposite to the general prediction of poleward shifts. However, to eat enough and avoid being eaten is the golden rule for persistence. We show that seasonality in temperature and light availability may interact such that this is only achievable at lower latitudes. Whether or not we will actually observe such shifts in nature will, however, depend on many other factors, such as ability to move longitudinally to habitats with the same light regime but colder temperatures, altered behaviour, thermal acclimation, specific life cycle requirements, etc.

What message does our findings convey?

Models that make projections for the whole globe and display these on colorful maps are in fashion. This is also a popular way to project species redistributions in response to climate change and maps with projected future ranges of hundreds of species are a common feature in the policy literature.

We show that accounting for local environmental conditions and species-specific ecology can yield totally different projections. If global models are to be used to inform policy decisions, they need to be reliable. We therefore urge that models that capture local conditions and species-specific ecology (sometimes also applicable to functional groups) should be used more frequently to inform and validate global models. It is of course equally important that these models are also reliable, which requires input from several disciplines, including physiology, behavioural ecology, oceanography, field biology and more. So, let’s get to work!

If the video does not play, please click here: 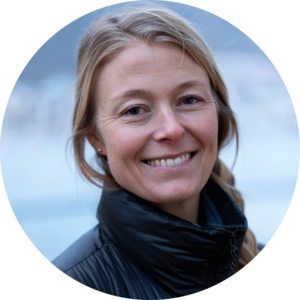