Frogs of the genus Engystomops may not have a charismatic look or a vibrant color, but behind their leaf-color body they hide intriguing cytogenetic diversity. Our first studies about this genus bring us back to late 1990s, when we found remarkable inter- and intra-populational karyotypic variation in the species currently known as E. freibergi.

In the following years, we increased the number of populations and species analyzed. We also worked hard to implement new techniques for studying anuran chromosomes in the Laboratory of Chromosome Studies (LabEsC - Laboratório de Estudos Cromossômicos), at the Institute of Biology - University of Campinas, Brazil.

In 2011, we reached out to Dr. Vladimir Krylov from Charles University in Prague to implement the application of chromosome painting in a deeper study of the sex chromosomes of Engystomops. The presence of heteromorphic sex chromosomes is a rare condition in frogs and our previous studies had already encountered two species harboring this condition among the Amazonian Engystomops, which made our team very curious about how the sex chromosomes differentiated in these frogs.

The work was getting more interesting as we expanded our sampling by including frogs from the northern Brazilian Amazon, which proved to belong to the same unnamed species found in French Guiana. Interestingly, the Y probe painted one chromosome in males of this species, which was inferred to be the sister group of all the remaining Amazonian Engystomops. By combining phylogenetic and cytogenetic analyses, we could finally reconstruct the evolution of sex chromosomes in the Amazonian Engystomops and two independent cases of loss of sex chromosome heteromorphism were inferred.

At this point, we are motivated to answer the following questions: What are the mechanisms that triggered the karyotypic evolution in Engystomops? What is the role (if any) of sex chromosomes in the diversification within this genus? It is known that the presence of heteromorphic sex chromosomes may contribute to post-zygotic isolation of lineages, thus favoring speciation. The Amazonian Engystomops clade harbors complex population evolutionary dynamics, which includes introgression events. We believe that the Engystomops frogs still have a lot to tell us about the role of sex chromosomes in the speciation processes. 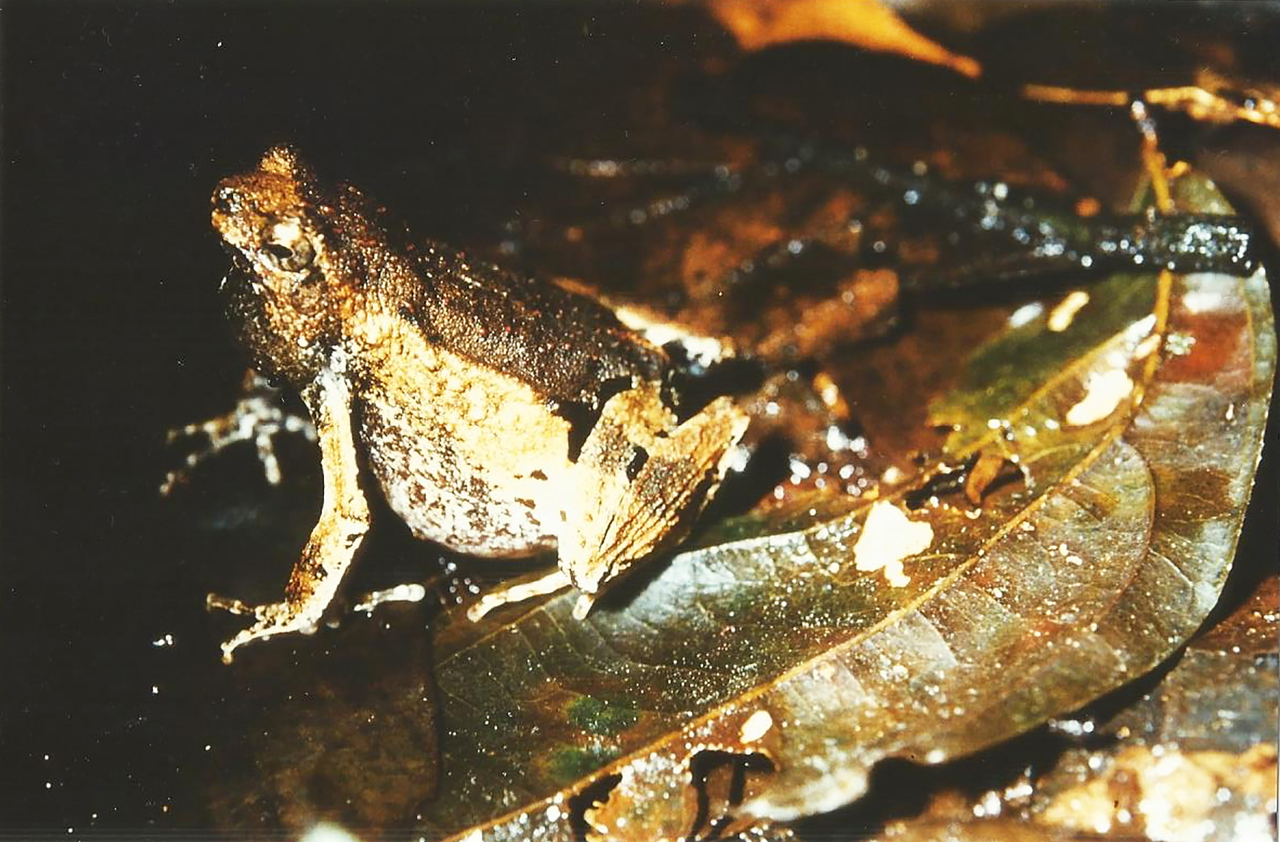