Habitat fragmentation is a major driver of biodiversity. Here, we assessed the impacts of dam-induced habitat fragmentation on the diversity, structure and stability of plant-frugivore networks over two years on 22 land-bridge islands in a large reservoir, the Thousand Island Lake, in eastern China.
Wande Li
Ph.D. student, East China Normal University
Follow
Like Liked by Adolf Heschl and 1 other
0

Smaller communities, such as those on islands, under ecological network simplification reduce interactions between specialist organisms.

Species diversity, the number of species at a site, is one of the simplest and most widely used measurements of biodiversity. However, interaction diversity, the diversity of species interactions, is largely overlooked in biodiversity studies. As we know, species are not isolated in nature, and complex interactions exist among species. For example, animals visit flowers and eat fruits, which involves crucial ecological processes of pollination or seed dispersal for plants. These species interactions thus play essential roles in maintaining biodiversity and forest ecosystem. Assuming that a plant depends on birds for seed dispersal, it will lose its functional links when its frugivorous birds disappear, eventually affecting population dynamics and forest generation. Given the importance of interaction diversity, plant-animal interactions have been less addressed in the past because they are more difficult to sample than species per se in the field.

In 2019, Xingfeng Si, the corresponding author of the article (Li et al. 2022), led a team that started to focus on plant-animal interactions in fragmented forests of China, aiming to examine how habitat fragmentation affects mutualistic interactions. Wande Li, the leading author of this article, has a rich field experience from his previous works on bird-flower interactions in the Hengduan Mountains of southwest China, and he joined the project in 2019. Combining his research background and the team’s earlier research, Wande and Chen Zhu (the main participants of the fieldwork) chose the interactions between birds and fruiting plants as the objects to sample plant-frugivore interactions. This study was conducted on subtropical land-bridge islands of the Thousand Island Lake in Zhejiang Province, eastern China (Fig. 1). The study region is a fragmented landscape formed in 1959 due to the construction of a dam. This region holds relatively abundant fruiting plants and birds, providing an excellent natural experimental platform for studying fragmentation effects on plant-frugivore interactions.

The traditional method of sampling plant-frugivore interactions is mainly based on direct observations with binoculars and later gradually developed methods such as DNA-barcoding and microscopy on collected faeces. While these methods are useful, they are also costly in terms of labour, material, and financial resources and difficult to sample interactions at multiple sites in large-scale studies simultaneously. As a result, Wande and his collaborators used the technology of arboreal camera trapping, a recently developed approach, to monitor frugivore interactions continuously at a large spatial scale. Specifically, the fruiting plants were treated as natural baits, installing infrared cameras to focus on fruit-rich areas (Fig. 2).

Since camera traps can run 24 hours a day continuously, the technology of arboreal camera trapping can record effectively and identify which birds eat fruits and their behaviour (e.g., pecking or swallowing the fruits; Video. 1). Therefore, we can sample a high-resolution database of plant-bird interactions at a large spatial scale.

It is also worth mentioning that installing camera traps in the trees is challenging, especially in higher trees. At the beginning of this project, the installation of camera traps at higher locations was almost done by Wande, who has good skill at climbing trees with free hands. However, not all team members had the talent to climb trees, so the team used ladders instead to install the camera traps in the tree. The team eventually obtained plant-bird interaction data from this large-scale monitoring simultaneously using > 300 infrared remote cameras (Fig. 3), which provided better data for us to explore the changes in species and their interactions.

In this work, Wande, Xingfeng and co-authors analyzed high-resolution avian fruit-eating data and found that habitat fragmentation simplified the composition of interacting species and their interactions. Moreover, this work revealed the indirect effects of island area on the stability (robustness) of plant-bird networks. These findings suggest conserving large forest patches can support more frugivory interactions and forest functionality. 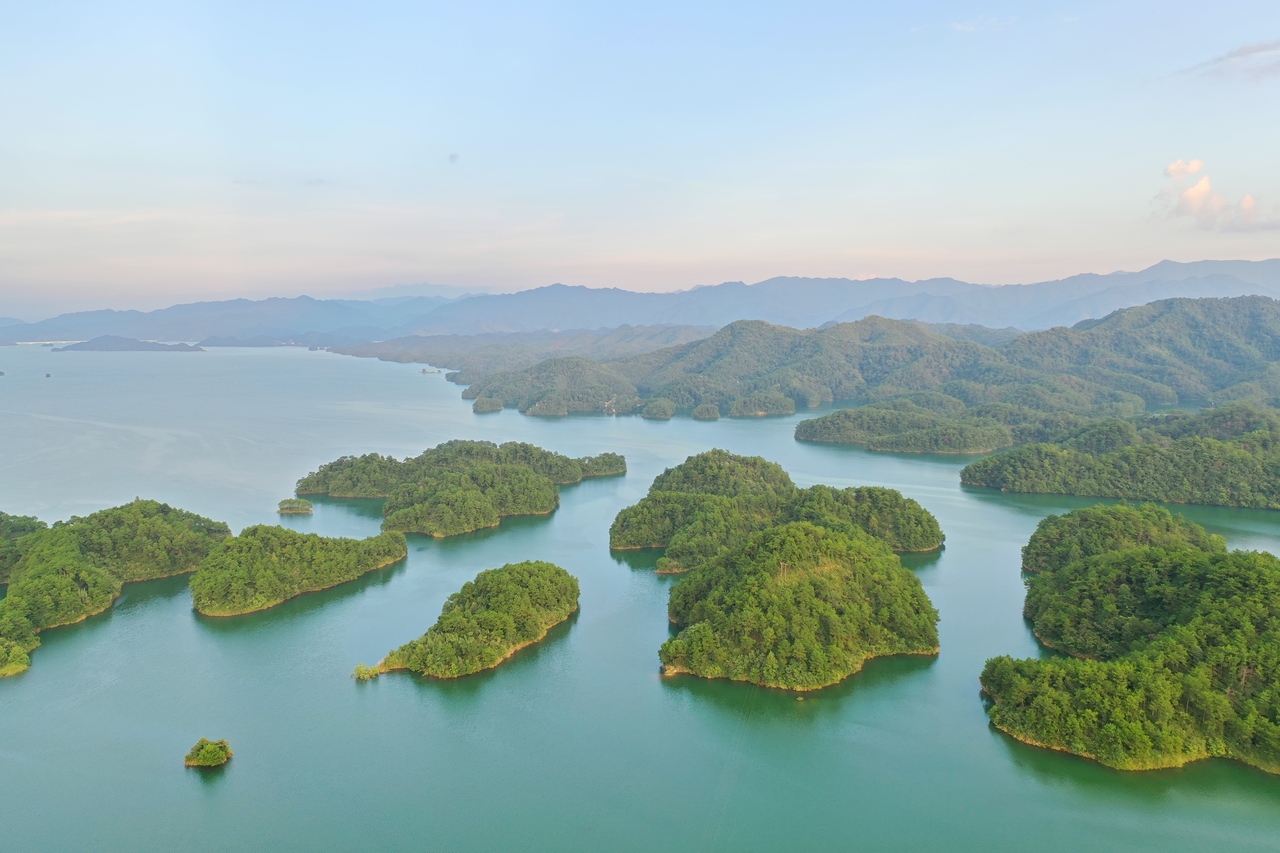 Habitat fragmentation is a major driver of biodiversity. Here, we assessed the impacts of dam-induced habitat fragmentation on the diversity, structure and stability of plant-frugivore networks over two years on 22 land-bridge islands in a large reservoir, the Thousand Island Lake, in eastern China.