We all know that sperm serve a single purpose, to fertilize eggs. It’s pretty surprising then that sperm have a huge range of shapes and sizes, ranging from 2mm in length to 6cm in length! (Yes, that’s right, centimeters!) Scientists have been fascinated by sperm morphology since Anton van Leeuenhook first described human sperm in 1677.  Since then, researchers have characterized sperm morphology for thousands of species and marveled at the variety of shapes and sizes this cell can take. Despite this long history of research, we don’t have a general principle to explain why this cell is so diverse. We address this gap in our knowledge in our new paper in Nature Ecology and Evolution.

In the 1950’s, a Swedish scientist named Åke Franzen catalogued sperm morphology for hundreds of marine invertebrates and made the observation that sperm were larger in species where fertilization happened inside the female’s body (as is the case in humans) compared to when fertilization happens externally (e.g. think sea urchins). The idea that fertilization environment influences sperm size became a standard concept in the field – but there was very little direct evidence supporting this idea. We decided to examine this relationship, and delve deeper, to understand whether and how the fertilization environment drives of sperm evolution across all animals.

Collecting data for this project was a serious undertaking. We conducted a literature search which made up the bulk of the papers we used in our database, but we also spent a lot of time in libraries pouring over books, monographs, and theses containing sperm measurements. While extracting data out of thousands of papers can be very tedious and repetitive at times, the data collection process for this paper was quite enjoyable. Many of the older references used for our data collection were papers describing a single species’ reproductive biology, which meant that I was able to learn about reproduction from a huge assortment of taxa, including many invertebrates with strange life histories. It was fascinating, and gave me a great perspective of natural history across the tree of life as bonus to the data collection for this paper.

Because the environment where sperm function is very different for each fertilization mode, the way that selection acts on sperm in each environment likely also varies. For example, the sperm of external fertilizers and spermcasters becomes immediately diluted when released into the water. Because of this, these species must produce many sperm to combat these dilution effects. For internal fertilizers and spermcasters, sperm operate within the female body and must navigate and survive in the female reproductive tract. This internal environment is likely much more complex and variable between species, resulting in a species-specific selective environment where sperm need to function. The female reproductive tract is also a confined space, where sperm displacement mechanisms may result in selection for fewer and larger sperm.

But examining sperm size is only a small part of the evolutionary story. We wanted to understand more about how fertilization mode shapes sperm diversification. We predicted that the displacement mechanisms occurring within the female reproductive tract would generate bursts of phenotypic diversification, especially in smaller-bodied species with greater potential for sperm displacement. We tested this in two ways, first, we measured rates of evolution in sperm length and compared them between groups, and looked for shifts in sperm size across our phylogeny. In species where sperm directly interact with the female (internal fertilizers and spermcasters), we found that sperm evolves three times faster than external fertilizers.

Additionally, internal fertilizers and spermcasters had more shifts in sperm size than external fertilizers, particularly in small-bodied Arthropods where displacement mechanisms of sperm competition may select for large sperm (and even sperm gigantism). These results suggest that the female reproductive tract supercharges sperm evolution, particularly in small-bodied species, and is responsible for the massive variation in sperm size across animals. Thus, we not only supported a long-standing idea that fertilization mode influences sperm length, but also demonstrate that fertilization mode has different effects on the rate of sperm length evolution. This helps to explain why sperm are so diverse.

To further support understanding what factors promote sperm diversity, we have launched a new website along with this paper called SpermTree, where these data will be available. We hope that SpermTree will become a living resource where researchers can access sperm morphological data (and contribute their own data!) for all of animals to test more refined evolutionary hypotheses on what makes sperm the most diverse cell type. 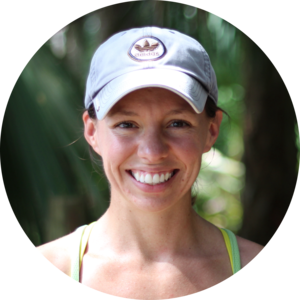