Previous studies suggest that “social avoidance learning” by predators can help prey warning signals evolve, but demonstrating this in the wild has been challenging. Here we use RFID technology and a social network analysis to show that wild birds learn about prey defences by watching others.
Liisa Hämäläinen
Postdoctoral Researcher, Macquarie University
Follow
Like Be the first to like this
0

Many species learn through social transmission, which can alter co-evolutionary selection pressures. Experiments involving artificial prey and social networks show that wild birds can learn about unpalatable food by watching others, which helps explain the persistence of costly prey defences despite…

Aposematic prey advertise their unprofitability (e.g. toxicity) to predators with conspicuous warning signals. However, this is an effective defence only after predators have learned to recognise the signal which makes the evolution and maintenance of aposematism paradoxical. Recent research suggests that social learning could provide an answer: if predators learn about novel unpalatable prey by watching others, this could reduce the number of prey that needs to be killed to educate the predator population.

I investigated this question during my PhD at the University of Cambridge, working with Rose Thorogood (now at the University of Helsinki). Rose had previously found that great tits attack fewer aposematic prey after observing “disgust responses” of others (see Rose's blog post here) and I conducted several controlled captive experiments to expand this research. Although these studies provided further evidence of social information use, the situation is much more complex in nature where predators have multiple information sources and alternative foraging opportunities. To investigate information use in a more complex environment, we therefore wanted to test social transmission in a wild predator population.

Madingley Wood in Cambridge provided an ideal field site for the experiment. The site has an ongoing long-term study of blue tit and great tit populations, led by Hannah Rowland (Max Planck Institute for Chemical Ecology). Throughout the year, we spent many mornings catching birds with mist nets and fitting them with RFID tags. This was managed by Tony Fulford (University of Cambridge) and many volunteers who provided invaluable help keeping a high proportion of the bird population tagged. We could then record birds’ unique RFID tag codes at the feeders, and this way monitor each individual’s foraging decisions and social associations.

While this all sounds easy and straightforward, fieldwork always comes with its challenges. One of the biggest problems in our experiment were squirrels that tried to get to the feeders - and while doing this, also chewed the cables and antennas we needed for the recording! The squirrels outsmarted us many times, but after several trial-and-error attempts, we managed to create squirrel-proof feeders and were ready to start our experiment.

We first offered birds plain almond flakes and recorded their visits at the feeders. These records allowed us to construct a social network of the bird population, based on how often individuals were observed at the feeder together. We collected the data in the summer after chicks had fledged and were foraging independently, and most of the birds (75%) in the network were juveniles.

In each experiment, birds acquired avoidance quickly: within 8 days over 90% of the visits were to the palatable feeder, indicating that most birds had learned to avoid the unpalatable colour. The question then was - did bird use social information during avoidance learning? To answer this, I was very lucky to collaborate with Will Hoppitt who developed a method to estimate the number of positive and negative foraging experiences each bird had observed before their current choice, based on their associations in the social network. We could then test the effect of both personal and social information on birds’ foraging choices.

The results were consisted with our previous experiments conducted in captivity: an observation of others feeding on unpalatable almonds (estimated from the social network) reduced birds’ likelihood to choose the unpalatable colour. The effect was similar whether blue tits and great tits observed their own species, or each other, but we found that birds relied more on social information from adults. This suggests that social information from adults facilitates rapid avoidance learning among juveniles, which could reduce predation pressure on aposematic prey when naïve juvenile predators are abundant.

Next, we wanted to investigate how quickly birds reverse their learned avoidance towards unpalatable colour, and whether social information accelerates this reversal learning. This could have implications for Batesian mimicry where a palatable prey gains protection from predators by resembling a defended model species: if predators learn about the presence of mimics by observing others, this could increase predation on both mimics and their defended models.

To test this, we conducted a reversal learning experiment with the blue/purple colour pair by making both colours palatable after birds had learned to avoid blue almonds. We found that both species reversed their avoidance quickly, and our network-based diffusion analysis showed that birds used social information in their decision to re-sample the previously unpalatable blue colour. This suggests that palatable mimics lose protection rapidly if they do not co-occur with their defended models and social information can further accelerate this reversal learning.

Our study is the first one testing social transmission of avoidance in a wild predator population. The results support previous work with captive birds, showing that predators can learn rapidly about prey profitability by observing the foraging behaviour of ot´hers. This can help resolve how costly prey defences are maintained despite the influx of naive juveniles in each predator generation. It also suggests that accounting for social transmission is important if we are to understand complex coevolutionary processes in nature. 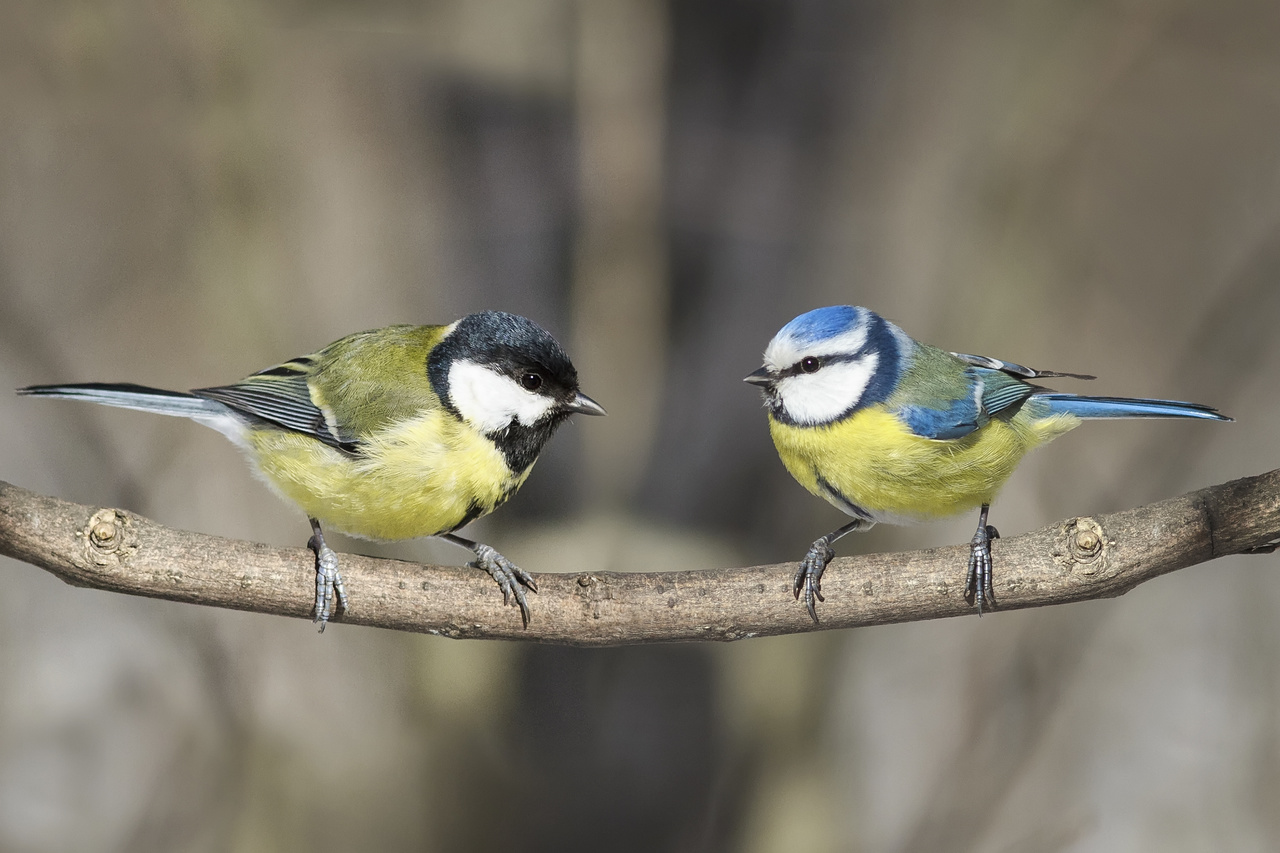 Previous studies suggest that “social avoidance learning” by predators can help prey warning signals evolve, but demonstrating this in the wild has been challenging. Here we use RFID technology and a social network analysis to show that wild birds learn about prey defences by watching others.