Climate change is altering the frequency and intensity of drought, causing dramatic effects on ecosystems. Our study shows that when soil microbes are exposed to multiple drought events can develop an “ecological memory” which increases the resistance of soil processes to drought.
Alberto Canarini
Postdoc fellow, Kyoto University
Follow
Like Liked by Gabriel Sigmund

Legacies of past ecological disturbances are expected but challenging to demonstrate. Here the authors report a 10-year field experiment in a mountain grassland that shows ecological memory of soil microbial community and functioning in response to recurrent drought.

Since the beginning of my PhD I have been fascinated by the response of terrestrial ecosystems to climate change, and more specifically to drought. Drought can have devastating effects on terrestrial ecosystems, with the most visible on plant productivity. More complicated scenarios unravel belowground, where intricated networks link roots to soil bacteria and fungi. The soil microbiome is a precious component of belowground processes, determining the release of nutrients to plants and regulating carbon fluxes many times higher than anthropogenic emissions. However drought can seriously compromise the activity of soil microbes, and therefore the processes they regulate.

As drought frequency and intensity is predicted to increase in many parts of the world, a key question remains: can ecosystems develop a "memory" of previous drought events? Indeed, recent evidence has shown that some ecosystems can develop an ecological memory, which allows them to develop higher resistance to successive stress events. A famous example is the increased resistance to heatwaves developed by coral reef when exposed to recurrent heatwave events. However, whether the soil system can develop similar responses has never been shown before.

With this in mind, at the University of Vienna, we set out to explore the possible existence of such a phenomenon in soil. Taking advantage of a unique long-term drought experiment managed by the University of Innsbruck (Prof. Michael Bahn), my supervisor (Prof. Andreas Richter) set a sampling campaign and put together a group of researchers which I then coordinated. This is one of the longest drought studies in the world (10 years at the time of the study). Differently from any previous experiment, a suite of newly exposed drought plots is implemented at different years. This allows to continuously compare plot exposed to recurrent drought events and plots exposed to drought for the first time. On top of this, the site had previously been investigated by Dr. Lucia Fuchslueger, who accumulated previous historical soil data from other sampling campaigns.

In 2017 we started by investigating different soil processes involved in the decomposition of soil organic matter and the release of nutrients. We immediately noticed that many of the processes showed a much higher rate when previously exposed to drought compared to soil that were newly exposed. We then started looking into soil microbes, together with Dr. Hannes Schmidt who recently joined our laboratory. We used different techniques to capture the composition of soil microbial communities, but all showed a strong difference between control plots and soil previously exposed to drought. On the other hand, soil that was newly exposed to drought did not show any difference to control plots. We further explored the link between community structure and potential metabolic functions. The results showed that much of the shift in the microbial community composition in response to long-term recurrent drought was followed by a shift in drought-resistance functions. Indeed, micro-organisms possess different properties that allow them to resist the water limited and osmotically stressful environment during a drought period.

While many questions still remains, on the time and spatial scales of the development of ecological memories, with this study we show that after long-term recurrent drought the soil system show a "memory" of the stress event and can improve the resistance of these processes to drought. Our results indicate that soil microbial community composition changes in concert with its functioning with consequences for soil processes. Thus, the formation of an ecological memory in soil under recurrent drought may enhance the resilience/resistance of ecosystem functioning against future drought events. 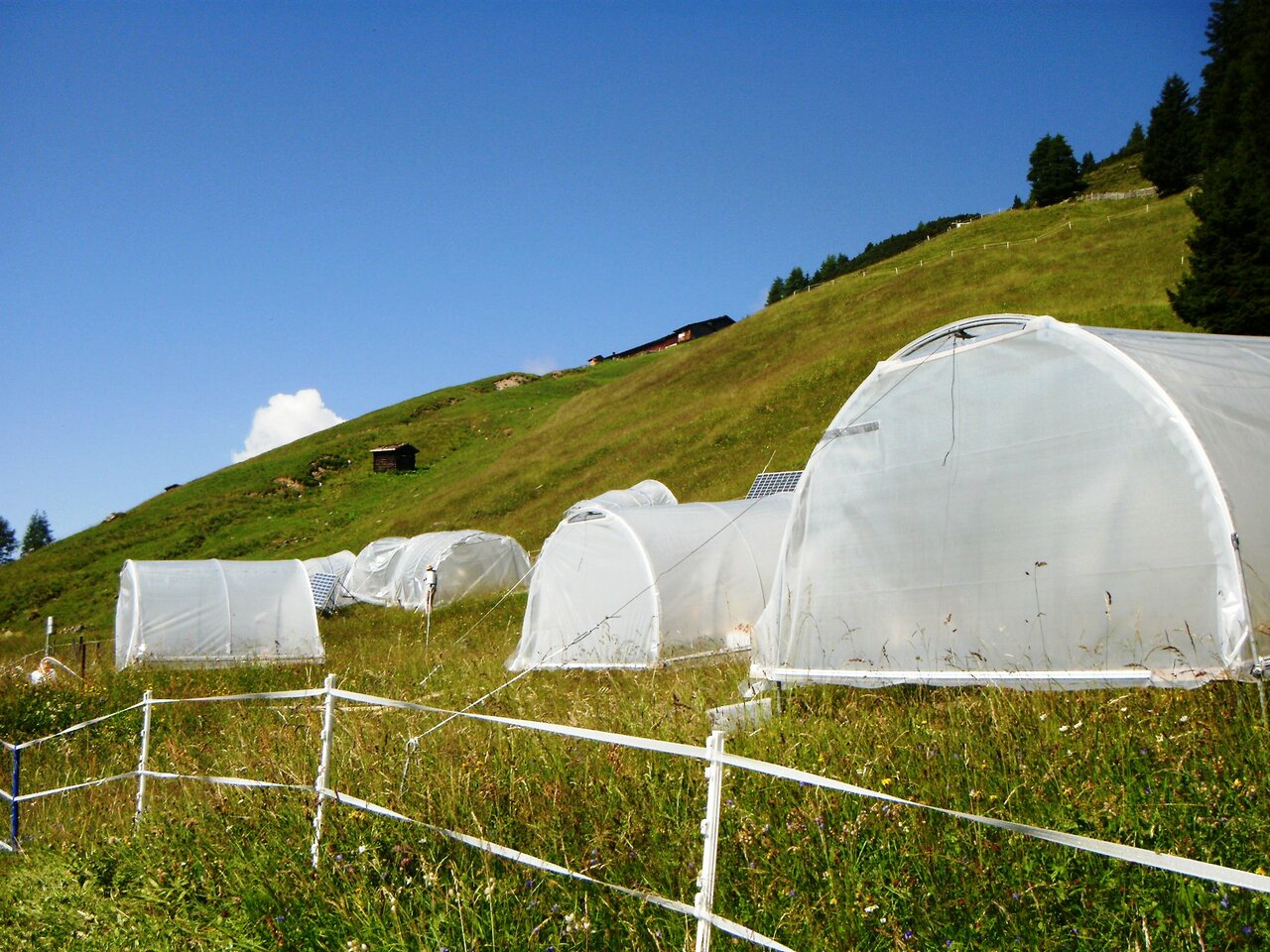 Climate change is altering the frequency and intensity of drought, causing dramatic effects on ecosystems. Our study shows that when soil microbes are exposed to multiple drought events can develop an “ecological memory” which increases the resistance of soil processes to drought.