We identified a gene underlying male-specific red coloration of pectoral fins in the Oryzias woworae medaka fish. Using genome-edited fish, we tested whether the red males attract more females and predators than non-red males.
Jun Kitano
Professor, National Institute of Genetics
Follow
Like Be the first to like this
0

The mutations underlying sexually selected traits like the red fins on a male medaka fish can be hard to pinpoint. Using a new genome, transcriptomics and gene editing, Ansai et al. find that the gene csf1 causes male fins to be red, which attracts females and, surprisingly, is less attractive to pr…

Antler's horns, stag beetle's mandibles, and stickleback's red throats: how such conspicuous male display traits have evolved? Since Charles Darwin proposed the theory of sexual selection about 150 years ago (1), many behavioral studies have been conducted to test the theory of sexual selection. In contrast, little is known about the genetic basis for the evolution of male ornaments and armaments. What are the causative genes and mutations underlying the evolution of male conspicuous display traits? In Ansai et al. 2021 in Nature Communications (2), we tackled this question using a beautiful tropical medaka fish (rice fish) (Fig. 1).

When I was a postdoc, I found that variation in sexually dimorphic dorsal spine length and dorsal pricking courtship behavior were linked to a neo-sex chromosome in sticklebacks (3). This led me to hypothesize that neo-sex chromosome evolution may be linked to the evolution of sexual dimorphism. When I had my own lab in the National Institute of Genetics, Japan in 2011, I decided to test this hypothesis using other species.

While I spent my days working on sticklebacks in Seattle as a postdoc, Dr. Kazunori Yamahira was working on the latitudinal cline of life history traits of Japanese medaka fishes as an Associate Professor of Niigata University, Japan (4). We met for the first time at Evolution 2005 in Fairbanks, Alaska. At that conference, I was very impressed by Kazunori's beautiful work. Five years later, I returned to Japan and started to get in touch with Kazunori (currently in Tropical Biosphere Research Center of University of the Ryukyus). With a long-term interest in the mysteries of amazing biodiversity in tropics, Kazunori had started to work on the tropical medaka fishes. Although he was interested in the genetic basis for the biodiversity in tropics, he had no expertise in genetic and genomic technologies at that time. Through discussion, we realized that our expertise was complementary and that Indonesian medaka fishes can be a great model for investigating the link between sex chromosome evolution and sexual dimorphism. When Kazunori showed a beautiful medaka fish, Oryzias woworae (Fig. 1), I immediately liked this beautiful fish. The red coloration of the pectoral fin is unique to the male of this species and no other Oryzias fishes have such red pectoral fins.

While Kazunori and I were discussing such collaborations, Dr. Satoshi Ansai spent his days as a PhD student in Kyoto University applying newly emerged genome editing technologies to the Japanese medaka fish (5). Satoshi optimized the technology in the medaka and collaborated with many developmental biologists and neuroscientists. When Satoshi almost finished his PhD, he thought that it would be exciting to apply the genome editing technologies to the study of ecology and evolution of natural populations. Satoshi contacted me in 2015, was very excited about the project on the Indonesian medakas, and decided to join my lab. Since then, Satoshi, Kazunori and I have been collaborating over 5 years.

We set up a collaboration with Indonesian researchers, including Dr. Alex Masengi, Dr. Renny Hadiaty, Dr. Daniel Mokodongan, Bayu Kreshna Adhitya Sumarto, and their wonderful colleagues. We visited the habitats of Oryzias woworae (Fig. 2). The most brightly red population inhabits a blue light-dominant spring, where the red fins make a good contrast with the blue background (Fig. 3).

Next, we set up a collaboration with Dr. Atsushi Toyoda, an expert in de novo genome assembly, to make a reference genome sequence of Sulawesian medakas. Dr. Koji Mochida, Dr. Shingo Fujimoto, and their colleagues in Yamahira Lab reared and phenotyped the hybrid fish, followed by genotyping by Satoshi and Dr. Atsushi Nagano. Satoshi found a peak of QTL and identified one strong candidate gene colony stimulating factor 1 (csf1) on an autosome. At first, I was a little bit disappointed because it was not on the sex chromosome, but it was very exciting that we could identify a good candidate gene underlying the evolution of sexual dichromatism. csf1 is known to be involved in pigment cell development in the zebrafish.

After moving to Dr. Kiyoshi Naruse's laboratory, Satoshi applied his expertise in genome editing to Oryzias woworae and found that csf1-knockout fish did not show red coloration. This strongly suggests that this is the causative gene. Then, Satoshi conducted a mate choice experiment to test whether females prefer red males to non-red (knockout) males as the sexual selection theory posits (Fig. 4). The answer was yes. Next, Satoshi conducted a predator attraction experiment. Sexual selection theory often posits that red males attract predators as well. Contrary to this hypothesis, predators were more attracted to non-red (knockout) males. This result seemed puzzling at first. However, we found several previous studies indicating that some predators tend to attack weaker prey because such prey can be more easily caught. If the red coloration signals an escape ability, it is not surprising that the predators choose non-red males. This is still a hypothesis until any experiments prove this hypothesis.

Our long-term collaboration has demonstrated that integration of genome editing and genome sequencing technologies can identify causative genes underlying sexually selected traits and provide a new avenue for testing theories of sexual selection. There are many other unanswered, but exciting questions. If the red coloration is beneficial for both attracting females and avoiding predators, why don't females show red coloration? Are there any unidentified costs for females becoming red? Another important question is what the causative mutation is. Answering these questions will contribute to a better understanding of the evolutionary mechanisms of sexually dimorphic ornaments. 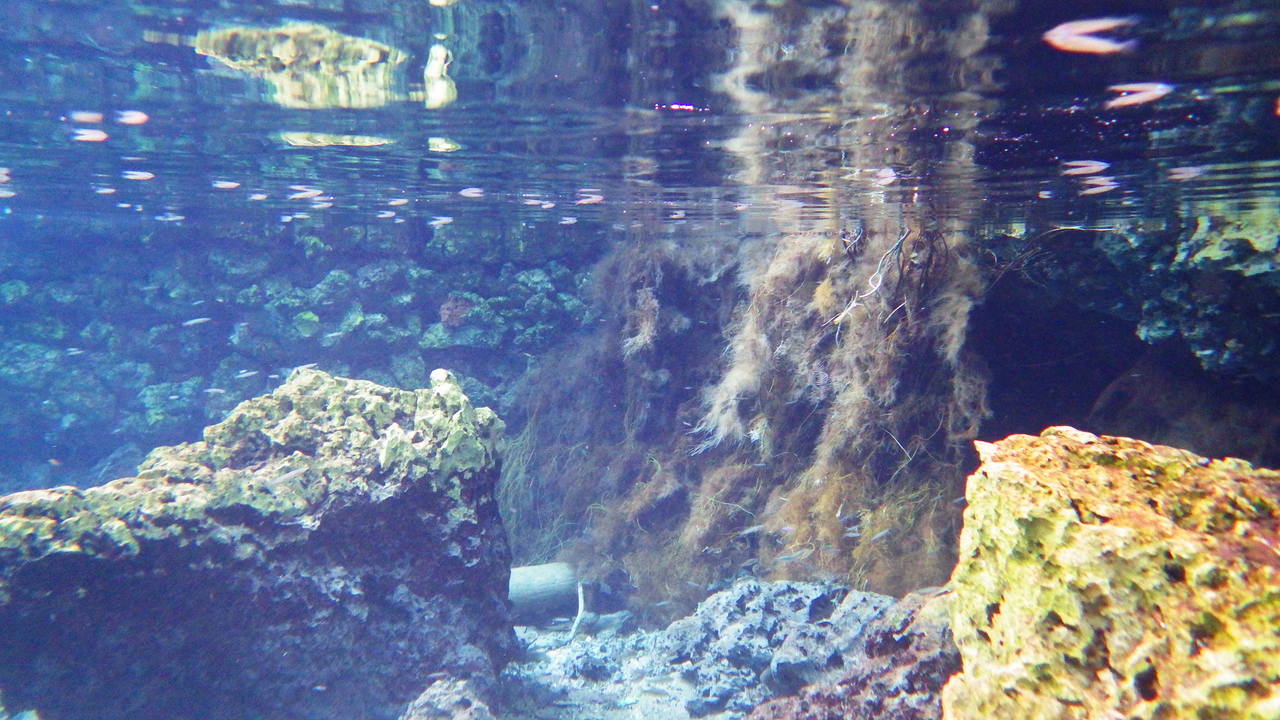