From Siberia to Greenland and 9.500 years of evolution.

In the vast and cold East Siberian Sea, raises an island only 30 sq. miles, hidden away from most of the world and in some sense hidden in time. Undisturbed, frozen and preserved. Here, archaeological excavation found a great Mesolithic settlement, where unique preservation gave unprecedented detail to an ancient way of life, people here had obsidian tools from 1500km away, they hunted reindeer and polar bear, they had the first sledges ever found, and vastly more dogs than any earlier site have ever documented.

You can easily imagine people using the many dogs and sledges to travel long distance travel for trade, hunting and transportation of resources, which makes these dogs the first “practical” sled dogs. This brings the intriguing question – how are these dogs related to modern dogs? And that was the main question of our study. We generated the pale-genome of a ~9.500 year old dog from the Zhokhov site and the jaw dropping finding was that compared to other dogs and wolves, the majority of Zhokhov dog ancestry is more closely related to modern sled dogs, moving the establishment of the modern sled dog genealogy from an assumed ~2000 years ago to beyond 9.500 years.

This was a fascinating finding and timely. Modern sled dogs are the under-dog of dog genomics, greatly underrepresented in data and focus. Nonetheless a unique group among modern dog diversity tightly bound to the history and culture of many Arctic indigenous people. We don’t know much about the status of indigenous sled dogs in Russia, but in North America they are nearly gone and admixed with foreign dogs. Today breeds like the Siberian Husky and the Alaskan Malamute are descendants from indigenous diversity but they too are admixed. We found that the Greenland sled dog has the most original ancestry of modern sled dogs, it is closely related to Siberian Husky and Alaskan Malamute but without the admixture signals – so authentic sled dogs are still out there and that is amazing. Hence, we can highlight the ancient genealogy of sled dogs and say let’s conserve these dogs, they are living cultural history, with a >9.500 years tied to Arctic cultures and a significant chapter of human history.

As with any great study, each finding generated ten new questions. We now have two dots on a 9.500 years long timeline from the Zhokhov to modern sled dogs. These two dots connect but it is not a straight line, there are evolutionary events along this timeline that we cannot address with the current data. We are now filling in these gaps while we highlight the amazing story modern sled dogs represent. 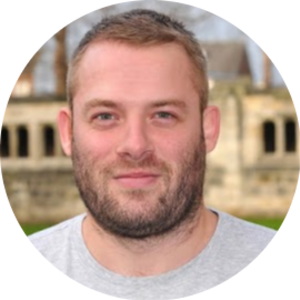 Walter Veit
over 1 year ago

Fantastic article! I wrote a little commentary in reply: