The ant version of matchmaking

Choosing a mating partner is a critical decision for sexually reproducing organisms. But, what if the concerned individuals would need the help of a third party in order to mate with a suitable match?
Dr. Mathilde Vidal
PhD, University of Regensburg
Follow
Like Liked by Raymond J Cannon

Vidal et al. identify a breeding system in the ant Cardiocondyla elegans that avoids colonial inbreeding, managed by a third party of worker ants. This system bears similarities to human matchmaking, but with fundamental genetic drivers rather than social ones.

Sexual selection has resulted in a remarkable reproductive behaviour in the tiny Mediterranean ant Cardiocondyla elegans. Instead of participating in nuptial flights as other ant species do, both stationary males and future queens (gynes) mate inside their nests. However, as an alternative to detrimental sib mating, non-reproductive workers are in charge of carrying the future queens from their own nest to those of other colonies. Workers therefore engage in a behaviour that is similar on a first glance to matchmaking in humans.

The gyne carrying behaviour was first observed and described during Dr. J.C Lenoir’s doctoral thesis, under the supervision of Dr. J.L. Mercier, in the University of Tours (France) 1. Together with Prof. Dr. J. Heinze and Dr. A. Schrempf at the University of Regensburg (Germany), specialists of the behaviour of the peculiar ant genus Cardiocondyla, they studied the genetic structure of the colonies collected on the banks of Loire, using genetic markers. This revealed colonies of C. elegans to be strictly monogynous, i.e., with a single queen, and polyandrous (4.52 ± 1.6 patrilines). The presence of sexuals unrelated to workers and to the resident queen inside the nests was described, and the carrying behaviour was hypothesised to be responsible for this phenomenon 2.

By the end of Dr. Lenoir’s doctoral thesis, the studied population of Cardiocondyla elegans was overrun by other ant species. To continue studying this exciting carrying behaviour, the Regensburg team searched for new populations of C. elegans and found them in the South of France (Gard).

In 2017, I started my doctoral thesis under the supervision of Prof. Dr. J. Heinze, to further study the reproductive strategy of C. elegans. As it proved difficult to reproduce the remarkable carrying behaviour in experimental arenas in the lab, we needed to observe and collect the tiny Mediterranean ants in their natural habitat.

Video clip of different carriers workers of C. elegans leaving their nest with a gyne on the back or dropping it to a new colony. The videos were taken in 2018 in the South of France (Gard) (Videos by Mathilde Vidal). A longer video by Dr. Julia Giehr is available in the supplementary material of Vidal et. al. 2021, filming for few minutes the movement of a worker between two nests in the South of France (Gard).

Yearly field trips to South of France were conducted between 2014 and 2020. Most of them took place during the French summer (July-August) when the temperature could vary from 26 to 35°C, depending on the time of the day. The ants were observed to carry gynes mainly in the mornings, when the temperature was not at its maximum. During the best collection years, we could observe hundreds of workers carrying gynes, simply sitting near their nests on the ground. The colonies could be easily excavated by digging, and workers, gynes and males were found in useful quantity.

During other years, however, like 2016 and 2017, the temperatures reached such high values during the summer (up to 45°C in 2017) that, even though carrying behaviour could be occasionally observed, the nests were impossible to excavate as they were very deep down in the ground. In these conditions, trying to find nest chambers in mobile soil was very difficult and unsuccessful.

To come back to the gyne carrying phenomenon: we presume that this third-party matchmaking behaviour serves to maximize the indirect fitness of the the sterile workers. Increasing the reproductive success of their sexual sisters by increasing the genetic diversity of their offspring and by dispersing them to several nests is surely a behaviour that favours the conservation and spread of their own genes to the next generations.

I remember reading about this interesting behaviour; fascinating to hear about the field work. I also tracked down your interesting paper as well!

Which I will mention in the book I am writing on Insect Courtship (for CABI).😊

Dr. Mathilde Vidal
over 1 year ago

Thank you for your nice comment.
I am happy to know that you plan to mention this peculiar phenomenon in your book!
I would gladly read it once it is published, good luck in the writing.

P.S. I didn't realise you had to press the Read the Paper button! 🤣 But I found it on ResearchGate. 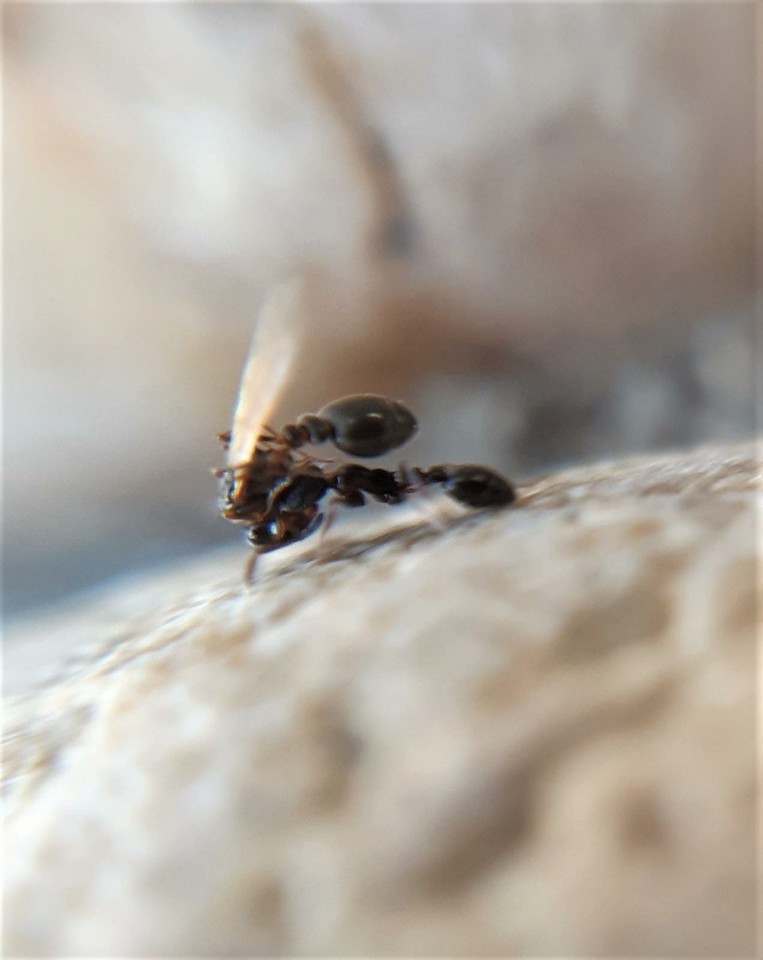 The ant version of matchmaking

Choosing a mating partner is a critical decision for sexually reproducing organisms. But, what if the concerned individuals would need the help of a third party in order to mate with a suitable match?