20 new lion genomes give fresh perspectives on relationships between extinct and living populations of the king of beasts.

In our new paper "The Evolutionary History of Extinct and Living Lions" we throw some new techniques at a very old question: what are lions all about? People have been infatuated with lions for a pretty long time. At least 40,000 years by my reckoning. And it’s not going to stop any time soon.

Lions are one of the mammal success stories, and have gone through a remarkable history. During the ice age they were found in an unbroken sweep from the Cape to the Isthmus of Darien. Until humans came along to challenge them, they easily held the record for most widespread terrestrial mammal. Even while making way for human expansion, we obsessed over them. Painted them on cave walls, used their teeth for jewellery, coveted their skins. That obsession has never stopped; yet it’s a very human paradox to worship what you are actively destroying.

Even up until two hundred years ago there were perhaps 200,000 lions ranging all over Africa, the Middle East and India. Now there is just 10% of that number. Populations in the Cape Province, Barbary coast and Middle East were exterminated. Indian lions were harried until there were less than 50 left. Populations everywhere were fragmented and harassed.

In our paper we take a big picture approach to look at the evolutionary history of lions. We report the first nuclear genomes from extinct Pleistocene felids: two cave lions from Siberia and the Yukon Territory. We also report the first genomes from a recently extinct Barbary lion, Cape lion, and Persian lion.

I’d like to focus here on just one facet of the study, and how we obtained the first cave lion genome from a bone from the Yukon Territory in Canada. I’ve been lucky enough to visit this incredible part of the world myself. Way back in 2003 I was there as part of a field trip to find bones of Pleistocene mammals in the permafrost. The Yukon is special not just because it has Pleistocene bones in abundance, but also because they’ve been frozen in permafrost since they were deposited, keeping the DNA and protein inside them beautifully preserved. They are also easy to access thanks to the way the mining industry works in Yukon. The YT is Canada’s premier goldmining region, and has been since the days of the Klondike goldrush, and they employ a specialist method for extracting the noble metal. The Yukon is a hotspot for placer mining. This method relies on a solid understanding of the deeptime processes that the region has witnessed. During the Pleistocene and earlier, ancient rivers ran where there is now solid permafrost. Those rivers eroded through gold rich seams and flushed out small nuggets and golddust all along their lengths (analogous to the process occurring now in streams that can be panned for gold today). Over geological time the rivers meandered, silted up, and got covered with organic hummus, mulch, and soil, which was peppered with the bones of ice age megafauna that lived in the landscape. The placer goldminers today employ diesel powered behemoths to access the old river streams and process the riverbed gravel to extract the gold. To get access to the paths of the old rivers they use enormous water monitors: water cannons that fire hundreds of litres a minute at the organic overburden that stands between the modern ground level and the gold rich gravels. The liquid water melts the permafrost and turns it into a viscous stinking mud (I know, having been stuck thigh-deep in it many times). To make the system a closed loop, the monitoring is designed so that the melting mud travels back to a holding pond where the water can be recycled for more monitoring. As it winds back to the holding pond, all the megafaunal bones that have been locked in their permafrost freezer for ten thousand years and more pop out of solution and get deposited along the banks of the mud stream. It was our job back in 2003 to constantly walk up and down alongside the stream looking for bones. We were richly rewarded. Hundreds of bones from bison, horse, caribou, and the occasional bear, lion, and mammoth were the fruits of our fieldwork.

Since that time, I’ve kept in touch with the Yukon palaeontologists who were our guides to the wonderful world of the Canadian Pleistocene. The Canadian government employs several people whose job is to liaise with the placer miners over the vast expanse of the Yukon and collect as many fossils as they can. As part of this team, Yukon Palaeontologist Dr Grant Zazula and I have kept in touch and bonded over our mutual love of Pleistocene mammals. When I was working on lions and looking for a good sample of cave lion, Dr Zazula was able to courier a section of bone YG 401.410 practically straight out of the ground and direct to Copenhagen. Preservation of this sample was so amazingly good that when I cut into it with a Dremel powertool in our clean lab, the acrid stench of burning hair filled my nostrils. That stink came from the lion proteins still preserved within the bone. For hundreds of centuries, sitting at below zero, this bone had kept its organic content safe.

And we milked it for all it was worth. Bone YG 401.410 was the first extinct Pleistocene felid to have its complete mitochondrial genome sequenced by our team, back in 2016. Following on from that success, it was used again in our new study to generate the first Pleistocene nuclear genome from an extinct felid. It’s crazy to think that 30,000 years ago, this cave lion was living its wild lion life in ice age Yukon, died, and then millennia later was dug out by intrepid palaeontologists and sent to us for sequencing. Now we have all the genetic information that made that cave lion, and anyone who is interested can download the information for free.

It’s reassuring to know that human obsession with lions is still going strong in the age of genomics. 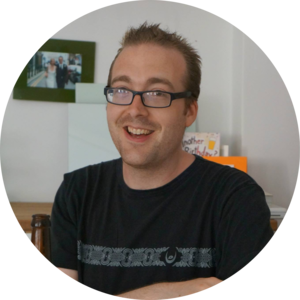