The consistent skull of flat shark

My interest for angel sharks comes not only because of their unusual body shape, but also because the oldest complete fossils of this group (around 157 mya) are also very similar to the extant species. And while many other vertebrate groups show a wide variety of forms, the consistent body of angel sharks through time made me wonder about the possible causes.

The general image of a shark can be that of a fast swimming big predator. Among them, the angel shark is one of the examples of the extreme body forms that sharks can display. Angel sharks are worldwide benthic species with a flattened body, similar to those of skates and rays, and for a long time it was believed both were related, until molecular studies confirmed their relationships with sharks.

Teeth represent the vast majority of the fossil record of cartilaginous fishes, which is expected since it is the hardest part of the body that can be easily preserved. Finding complete skeletons of sharks is unusual, and even in those cases the fossils can be distorted due to preservation effects. Nevertheless, in some instances special places around the world contain amazingly well preserved fossils. Perhaps one of the best-known sites is Solnhofen in Southern Germany, from where also the famous Archeopteryx lithographica comes from. The places with this remarkable fossil preservation are usually known as Lagerstätte, and they offer a unique window into a higher resolution of the life and also the environment. The locality of Nusplingen, also in South Germany, has remarkable preserved fossils similar to those in Solnhofen. From this place the fossils of the angel shark forming the focus of this study have been found, which belong to their own genus, Pseudorhina.

One of the main issues to use these fossil specimens was the fact that some are either displayed in ventral or dorsal view. This can happen during the process to prepare the specimen, in which the decision is based on which side is better preserved. Interestingly the specimens of one of the species of Pseudorhina are usually prepared in dorsal view, while the other known species is in ventral view. Regardless of the side, both present other traits, which makes it possible to separate them as distinct species. There are some other species from the Cretaceous and Cenozoic, although most of them are known from isolated teeth only, and in some cases very fragmented parts of the skull. Regarding the living angel sharks, their skull is varied specially in the most anterior part. Thanks to programs in museums like the Smithsonian Natural History Museum, which keep a record of some specimens as x-rays, it was possible to compare the fossil to living forms.

In the study published in Scientific Reports, we explored how the skull shape diversity of the angel sharks has evolved, whether its shape is influenced by the mere geographic distribution or if there are other intrinsic limitations. We used a quantitative approach to estimate the shape of the skull, via geometric morphometrics, because we intended to test whether different parts of the skull evolved at different rates. This can be seen as a pattern of covariation within some of the parts rather than between them, therefore some parts can be referred to as modules. In this regard we had to make decisions on how to properly analyze the specimens. Although the fossils we used are nicely preserved in many features, they are also missing some structures, particularly the most anterior part. This represented a problem since in many extant species this structure can be variable, and this shape variation would be lost in the analysis.

To our surprise, even after the missing parts of the skulls were considered, the fossil specimens show a higher level of disparity, i.e. more diversity in their shape, contrasting with the low disparity of the extant species. And when comparing the extant species, the differences are more evident between groups, which are geographically more distant. This was interesting, since angel sharks also display this arrangement in their phylogeny, which has been discussed in terms of geological events that separated them in multiple occasions. One of the most recent ones is the final closure of the Panama Isthmus. However, despite this clear biogeographic pattern, we explored other possibility of the cause underlying the low disparity in extant species. One way to tackle this problem is by estimating the integration, which explores the interrelation of the different modules. The integration can impose constraints on how some parts can evolve. And indeed, the extant angel sharks display a higher integration. Like many other sharks, several angel shark species are facing serious diversity threats and even increased extinction risks. Perhaps their limited phenotype and the integrated parts of the skull, which is seemingly absent in fossil forms, can contribute to aggravate the threat. Integration of different skeletal parts into modules in the course of evolution thus might increase the ability of species to become highly adapted but simultaneously decreases their potential to react to environmental perturbations. This finding shows how important it is to understand the skeletal architecture of vertebrates and opens new research directions.

You can read our paper here

How to control the spread of invasive trees? Sheep might be the answer

Hottest of them all? A new upper limit to avian body temperature 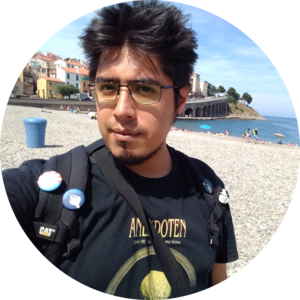