The Enigmatic Triangle in Acid Mine Drainage Sediments: Virus, Host and the Environment

The viral biogeographic patterns and corresponding biotic and abiotic drivers in acid mine drainage sediments
Shao-Ming Gao
Postdoctoral Fellow, Sun Yat-sen University
Follow
Like Liked by Evelina Satkevic and 1 other
0

The biogeography of viral communities in extreme environments remains understudied. Here, the authors use metagenomic sequencing on 90 acid mine drainage sediments sampled across Southern China, showing the predominant effects of prokaryotic communities and the influence of environmental variables o…

More than 500 years ago, Christopher Columbus’s ships suffered an impressive storm on the North Atlantic Ocean during his fourth voyage to Europe. This storm area is now called ‘The Bermuda Triangle’ and is known all over the world for some mysterious incidents occurred inside it. The American tobacco plant was introduced into Europe after Columbus arrived. At the end of 19th century, about 400 years after his voyage, the European scientists discovered the first virus which causes mosaic-like mottling and discoloration on the leaves of tobacco, hence it became named as tobacco mosaic virus (TMV). Since then, the biological triangle of virus, host and the environment was born (Figure 1). This enigmatic triangle is full of mystery just like the Bermuda Triangle, which both attracted people to explore.

Generally, viruses affect community turnover and resource availability via both top-down controls (affect host density) and bottom-up controls (release cellular contents). Furthermore, viruses can also affect biogeochemical cycles by encoding auxiliary metabolic genes (AMGs) associated with diverse metabolic processes (Chevallereau et al., 2022). On the other side, viruses depend on their hosts to replicate, which suggests that hosts state can markedly impact on the extent to which viruses are dispersed and how they distribute. Compared to the well-explored prokaryotic assemblages, the biogeographic patterns and ecological drivers of viral communities in nature have rarely been characterised, largely due to the limitations of viral genome identification and annotation which have been tackled in the last two decades (Suttle, 2016).

Photo 1: An acid mine drainage pool generated by naturally rain scouring of an abandoned gangue mine. (Photo credit: Wen-Kai Teng)

We specifically focused on acid mine drainage (AMD) which is a worldwide environmental problem that largely arises from microbially-mediated oxidative dissolution of sulphidic ores exposed to oxygen and water (Photo 1). The AMD and associated environments are characterised by extremely low pH and high concentrations of heavy metals and sulphate, thus being recognised as model systems for the study of microbial ecology and evolution. We performed metagenomic deep sequencing on 90 AMD sediments sampled across Southern China and examine the biogeography of viruses in this extreme environment.

We found that viral taxonomic and functional richness in our study follow the latitudinal diversity gradient paradigm, in general agreement with the diversity patterns of other domains of life. We also identified ferric iron concentration as the most important environmental factor governing viral abundance in the AMD sediments, reminiscent of the Ferrojan horse hypothesis (Bonnain et al., 2016). For the viral community structure, our results revealed a scale-dependent distance-decay distribution of viral taxonomic and functional composition, which are directly and primarily affected by prokaryotic assemblages and indirectly driven by latitude, mean annual temperature and pH. Our analyses also highlighted lineage-specific virus-host abundance ratios that cause a nonlinear and polynomial relationship between total viral abundance and host abundance, and richness-dependent virus-host interaction structure which implies underlying viral infection and host defence mechanisms in natural environments.

Finally, we focused on viral auxiliary phosphorus metabolic genes in the AMD sediments. Our analyses identified a set of pho regulon genes (i.e., phoH and phnCDE) in the predicted viral genomes, and observed dynamic responses of gene abundance to the availability of phosphorus in the sediments, indicating a potential important roles of these viruses in phosphorus assimilation for their hosts. Given that our previous study has identified abundant viral AMGs associated with assimilatory sulphate reduction in mine tailings (Gao et al., 2020), future efforts are needed to resolve to what extent viruses can help their host to adapt to extreme environments.

The present study is timely, providing an initial ecological insight into the community patterns and ecological constraints of viruses populating an extreme environment. A logical next step would be to investigate how viruses affect their host communities and in situ geochemistry along spatiotemporal gradients. This will help improve our understanding of the enigmatic virus-host-environment interaction triangle and how the whole AMD ecosystem functions.

We acknowledge supports from Guangdong Taolin Ecology and Environment Co., Ltd. in field surveys and sampling, and Guangdong Magigene Biotechnology Co., Ltd. in bioinformatics. If you enjoy this study and want to know more, please see: https://www.nature.com/articles/s41467-022-30049-5 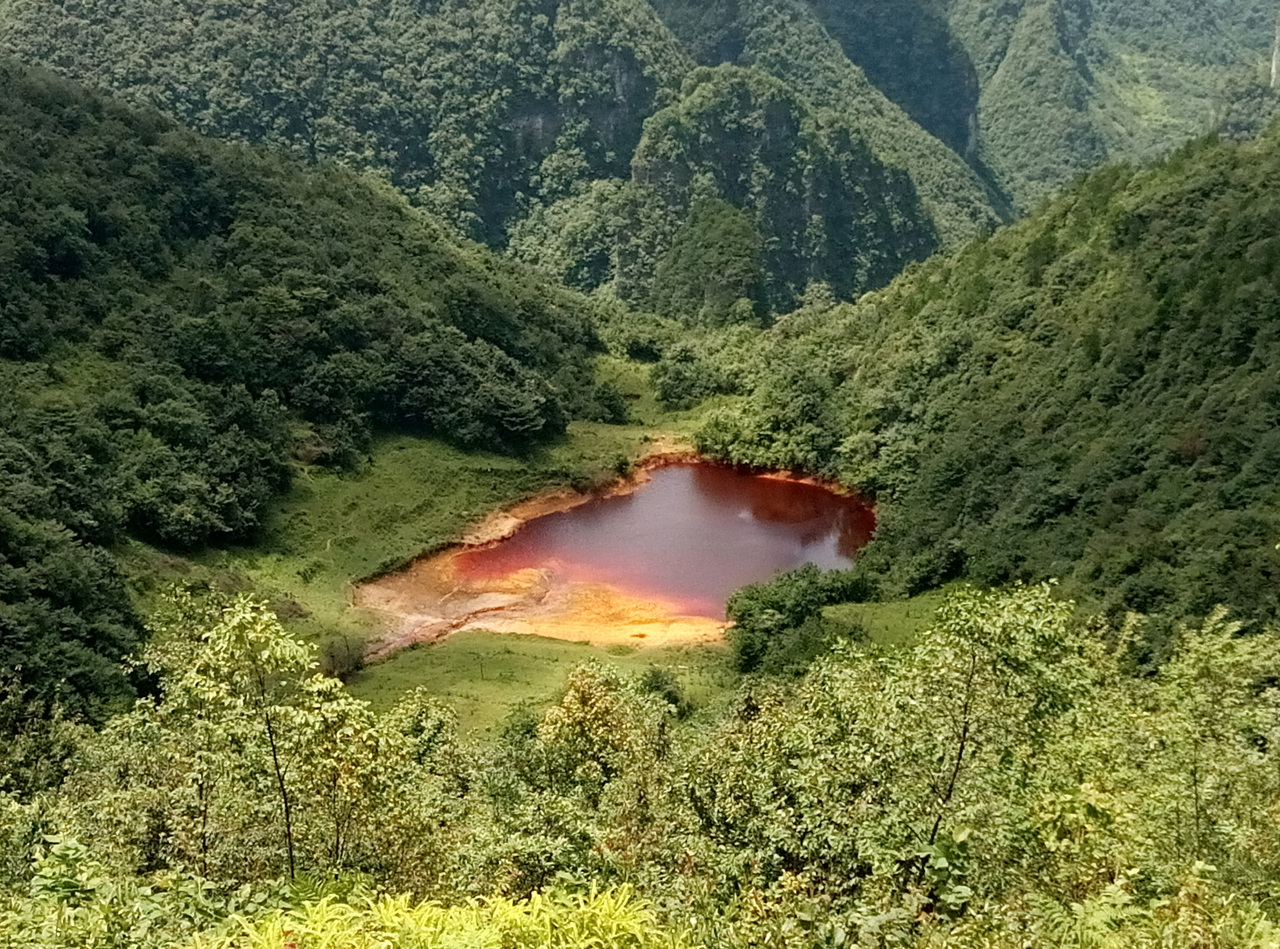 The Enigmatic Triangle in Acid Mine Drainage Sediments: Virus, Host and the Environment