Large plant clones are not as genetically uniform as previously thought. Ulltra-deep re-seqeuncing of a millenium-old seagrass genet has revealed hundreds of somatic genetic polymorphisms. This may change our view that clones are evolutionary "dead ends".

Clones—large asexual populations of plants or animals producing offspring through branching, budding or fragmentation—should rather not exist. The emerging modules are supposed to be genetically identical replicates. Hence, their very existence is hard to reconcile with concepts of genetic diversity as prerequisite for stress tolerance and resilience. How is it possible that clones are the foundation of some of the most stable and productive ecosystems such as coral reefs or seagrass meadows?

These questions intrigue me since a quarter of a century. In eelgrass Zostera marina, the most widespread seagrass species throughout the northern hemisphere, clones are stretching for thousands of square meters (Fig. 1). In the Baltic Sea, these were discovered in the late 1990s (Reusch et al. 1999) with the advent of the first microsatellite markers that allowed for an unambiguous assignment of ramets (the independent modules) to genets (the "clone" that arose from a single recombination event). When I showed the autoradiograph of the invariant banding patterns to my then postdoctoral mentor, Jeanine Olsen at the University of Groningen-Netherlands, where I had developed the required microsatellites, she was as struck as myself. All plants at a single site of Åland islands archipelago were composed of the same multi-locus genotype, thus is not a population, but a single "individual".  Subsequent work along with long-term colleague, Christoffer Boström at Åbo Akademi University (Finland) showed that extreme clonality is widespread (Reusch & Boström 2011). Shortly thereafter, similar surveys by others of additional seagrass species (notably the Mediterranean Posidonia oceanica) revealed millennial-old clones covering tens of kilometers (Arnaud-Haond et al. 2012).

The next critical discovery occurred while genotyping large clones.  We found strange allelic patterns with three or four fragments per microsatellite locus, where maximally two alleles were expected in our diploid plants. At first, we dismissed the results as sample spill-over and excluded those genotypes, but later confirmation revealed that we were looking at genetic mosaics, the mixture of cell lineages having two or more microsatellite genotypes, owing to somatic mutations during mitosis (Reusch & Boström 2011).

Fast forward another eight years, and the time was finally ripe for a more systematic survey of the phenomenon of somatic genetic variation.  Since 2016, we not only have a high-quality genome of eelgrass at hand (Olsen et al. 2016), but also the required sequencing power to re-sequence a sample of putative clone members to sufficient depth (>1000x) so as to detect low frequency variants. Fortunately, we were able to recruit PhD student and skillful molecular ecologist, Lei Yu (funded by the Chinese Scholarship Council CSC), who was able to carry out the indispensable, large-scale and non-standard analyses of variant calling required to control against false positive hits.

The amount of somatic genetic variation that we detected was unexpectedly high (Yu et al. 2020), with hundreds of genes affected by polymorphisms at non-synonymous positions, thus demonstrating their potential to contribute to adaptation and thus, improved resilience to environmental stress. As this is the first investigation, we focused on neutral genetic processes and found that the branching process during module formation constitutes a genetic bottleneck that can fix particular somatic variants in different modules. This process of somatic genetic drift is key to partition somatic genetic variation into differentiated modules so that they can be subject to selection (Fig. 2). It possibly applies to many clonally growing species, including algae, corals and fungi. Because any selected genetic variants will drag along neutral variation via genetic hitchhiking, it will be challenging to identify the causal gene variants responsible for such selective sweeps. 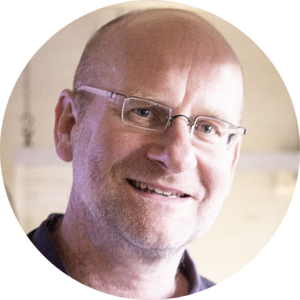 I am a marine ecologist and evolutionary biologist working at GEOMAR Kiel, Germany's Ocean Research Centre. My main interest is how populations, species and communities can adapt to accelerating global change, extreme events, and other human induced perturbations such as the introduction of novel species and overfishing. We increasingly use full genome (epi)genome sequencing to elucidate population-level mechanisms of adaptation.
Follow