Watering holes aggregate some of Earth's most charismatic fauna. But beyond sweeping zebra tails and swinging elephant trunks, there is also vast parasite community. Amid changing water supply and increasing livestock/wildlife overlaps, these resources may also act as foci of parasite transmission. 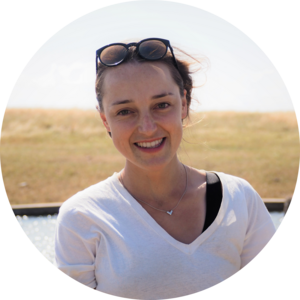 In the early morning light, there is a calm around the watering hole at Mpala Research Centre in Laikipia County, Kenya. Soft beams of sunlight peek through long grasses, highlighting tiny ripples on the water’s surface like shimmering fabric. Superb starlings sing a morning song, while vulturine guineafowl squawk at being disturbed by our presence. As we move toward the water’s edge, the sweet smell of grass begins to mix with something...a little malodorous. In fact, the smell is more than malodorous --  damp, musty, and with a cloying undertone that is distinctly ‘poopy’.

That smell is exactly what we’re here for. While watering holes are hailed for their iconic beauty, those photographs in popular media don’t always convey the other biota that thrive around these resources. Because, as animals spend time gathered in one place, so too does their excrement. Large mammalian herbivore guts are home to a tremendous diversity of other creatures, in particular, intestinal worms. The dung of these charismatic hosts often represents the 'beginning' of the helminth transmission cycle, as eggs and larvae develop and often migrate onto nearby strands of grass or soil, ready to infect an unsuspecting new host (Fig. 2). These parasites are essential to healthy ecosystems and regulate populations, but many can also cause health concerns for wildlife or economic losses for livestock. Monitoring the distribution of these parasites is helpful for understanding transmission routes at the wildlife/livestock interface.

In our recently-published study, we first set out to determine the extent to which herbivores and their parasites aggregate at water, implementing a two-year water manipulation experiment at Ol Pejeta Conservancy (about 40km south of Mpala). To measure herbivore aggregation, we quantified the density of dung found around filled water pans, drained pans, and matrix sites at least 1km away from any water. We estimated parasite density using typical egg densities in fecal samples for a given herbivore species, as well as fine-scale measurements of herbivore dung density. We found that for all species together, parasite density at filled water pans was approximately 3x higher compared to the experimentally drained pans.

As most parasites enter a host via eating or drinking, we were also curious to see if this increased parasite density also translated to increased parasite exposures. We stationed camera traps to continuously take photos of animal activity, and, with the help of thousands of citizen scientist volunteers from the online Zooniverse platform, we quantified herbivore grazing and drinking activity. We found that potential exposures around water sources were up to an order of magnitude greater than at matrix sites for animals that require a lot of water, like elephants and cattle.

We then wondered: given rapidly-changing global climates and surface water redistribution, is this pattern consistent across different aridity contexts? We reasoned that watering holes might act as especially important hotspots of fecal-oral parasite transmission in dry locations and dry periods, as more hosts are driven to spend more time seeking water. To test this, we surveyed watering holes across Laikipia county’s steep rainfall gradient (450-750mm per year).

Our fragrant watering hole at Mpala is just one of the 20 man-made water sources that we visited across the rainfall gradient. After two years of collecting data over different rainfall seasons, we found a clear pattern: drier areas and periods resulted in heightened parasite levels around water relative to the surrounding landscape (Fig. 4). And, while we expected all animals to show these same trends, we found that this was particularly important for elephants and cattle.

As climates change and humans redistribute valuable surface water, it will be increasingly important to consider the ways in which this resource can dictate the movement and interaction patterns of hosts, as well as the opportunities for disease transmission. These findings may also apply for other important fecal-oral transmitted bacteria, viruses, and protozoa. Furthermore, since cattle are known to share parasites with a number of wildlife and comprise about 50% of all herbivore biomass in the broader region, the strong responses for cattle in particular could indicate ways in which humans can influence wildlife parasites via shared parasitism. Together, these results will be important for managers to consider as they balance wildlife conservation, water supply, and animal health.

Back at the watering hole, we stop our fieldwork as we spot a family of elephants headed our way as the sun’s warmth begins to get a little uncomfortable. Like clockwork, they make their way to the water’s edge to drink the cool, opaque water. We wait patiently for them to finish, and, if we’re lucky, we might even get a fresh parasite sample.