Persistent and intense mixing hotspots are generated where the Kuroshio flows over steep seamounts, with an increase in energy dissipation by two to three orders of magnitude, according to tow-yo microstructure measurements combined with numerical simulations.

A recent paper published August 23, 2021, in the journal, Communications, earth & environment by Takeyoshi Nagai, an oceanographer at Tokyo University of Marine Science and Technology, Japan and colleagues including Prof. Amit Tandon at UMassD, who was a Takeyoshi’s mentor 17 years ago, reveals an unprecedented long-lasting vigorous turbulent streak over 100 km along the Kuroshio Current in the North Pacific, flowing over the seamounts in the Tokara Strait south of Kyushu Japan. This long-lasting turbulent streak cannot be explained by previous turbulence theories for ocean interior that consider only velocity vertical gradient of internal waves as the major source of turbulence. By conducting a series of intensive turbulence observations and numerical simulations, the authors find submesoscale (a few hundred meters – a few kilometers) instability caused by the Kuroshio flowing over steep seamounts can extract energy of the Kuroshio through its velocity gradients along horizontal as well as vertical directions and inject it to microscale (a few millimeters – a few 10th of meters) turbulence.

“Our finding may have big implications for understanding how the wind-driven ocean general circulation is maintained and how the interior of the ocean is mixing. Both remain uncertain for decades, and the latter is very important for nutrient supply for phytoplankton” said by Amit.

Ocean general circulation, that consists of numerous mesoscale eddies and large scale major ocean currents, is driven by about 1 TW power input by wind. To achieve its equilibrium, energy has to be dissipated at the same rate. The energy dissipation can occur by fluid friction only at the smallest scale for ocean flows (a few millimeters), while large scale flows tend to transfer energy to larger scales. Therefore, it has been a puzzle on how the energy of the general circulation reaches to the scale to the dissipation. One of the candidates is the lee wave. Lee waves can be generated by ocean currents flowing over the bottom topography. Several studies pointed out that lee waves can extract energy from general circulation at a rate about 0.2 TW. However, a previous study suggested that a large fraction of the lee wave energy is not dissipating near the generation sites and radiates away. These radiated waves can be reabsorbed to the large scale ocean current and do not necessarily dissipate their energy.

Takeyoshi continues “Missing pieces could be hidden in the submesoscale”. The submesoscale processes have spatial scales that range from a few hundred meters to a few kilometers, which are in between microscale (a few millimeters – a few 10th of meters) and mesoscale (a few 10th of kilometers – a few hundred meters), both are relatively well-explored. ““We are now in a very exciting era, in which observationally and numerically resolvable scales are emerging both from microscale and mesoscale toward the submesoscale”” This was said by Amit sensei when I started a job at UMassD as a postdoc of him, and it got me very interested in my work with him. I have been working on the submesoscale observationally and numerically since then” said by Takeyoshi. The word “sensei” means a teacher in Japanese.

Their paper finds that when the Kuroshio flows over the steep seamounts in the Tokara Strait, clockwise spinning flow, as opposed to the Earth’s spinning, is generated from one side of the slopes, producing a streak of water spinning clockwise that triggers submesoscale instability, called inertial and symmetric instabilities and associated strong microscale turbulence. Although these instabilities have already been reported along the continental slopes in the abyssal Southern Ocean, there has been no observational evidence that this mechanism provides a large scale mixing hotspot in the major ocean currents flowing over seamounts in relatively shallow layers until this study.

Turbulence is intermittent. That’s why scientists need to measure it at high spatial resolutions to know where mixing occurs. But measuring turbulence is not easy, because turbulence probes are very sensitive and easily detect unwanted signals caused by instrument motions by rope’s tension and electronic noises. “In fact, it can detect noises of your steps when it placed at the lab” added by Takeyoshi. His team developed the method to measure turbulence at 1-2 km horizontal resolutions using a tow-yo microstructure profiler without stopping a ship. They use 1.5 mm diameter Dyneema rope to let it sink quasi-freely without severe unwanted contamination from the rope’s tension and recover it to the surface repeatedly while a ship is steaming at a slow speed, 1-2 m/s. While yo-yo profiling is to keep deploying and recovering the instrument vertically at one location like a yo-yo, this method is called tow-yo profiling. Using this new technique and Training vessel Kagoshima-Maru (Kagoshima University), the authors and participants of cruises found the enhanced turbulence by 100-1000-fold compared to typical interior ones, that spreads over 100 km scale along the Kuroshio behind the seamounts.

Takeyoshi continued “Our finding may have very important implications in nutrient supply to the Kuroshio, and this could be a key to solve the Kuroshio Paradox”. The Kuroshio surface water is known to be nutrient poor and yet many fish species spawn in the regions southwest of Kyushu where their eggs and larvae are advected from by the nutrient poor Kuroshio Current and utilize the Kuroshio to migrate north. Nutrient depletion usually means less food availability for higher trophic levels. Why many fish species spawn there, risking their larva’s lives under food depleting environment? Why are there so many fish in the Kuroshio regions, one of the major fishing sites of the North Pacific, even with less food? This has been called the “Kuroshio Paradox”. The observed strong turbulence can inject nutrients, which are abundant in the deeper layers of the Kuroshio, toward the sunlit surface, where phytoplankton can photosynthesize. Then, zooplankton eat phytoplankton and are eaten by fish in the downstream. But the question remains why the Kuroshio surface water remains nutrient poor even with the observed large nutrient injection. "This is possibly because these biological responses are happening in the subsurface layers". Also, another recent research pointed out that these trophic transfers may occur very quickly in nutrient depleted environment. "In other words, as everybody is so hungry, they eat as fast as possible so that nobody can see it (like leaving souvenirs on the table at your lab). We need to have more observations to figure out who eats souvenirs".
This is not the end of the story, because the Kuroshio and the Kuroshio Extension regions are found to be one of the major net CO2 sinks for the Earth’s atmosphere. The diffused nutrients toward the shallower layers and associated phytoplankton growth are very important for the CO2 uptake in these regions. “However, climate model predicts the upper layers of these regions will be warmed leading to more strongly stratified layers, which will become more difficult to mix by turbulence within several decades. If this is the case, then phytoplankton will decrease and CO2 uptake in these regions will also decline. Furthermore, dependent higher trophic levels including commercially valuable fish are expected to decrease too” said by Takeyoshi.
Takeyoshi Nagai
Associate Professor , Tokyo University of Marine Science and Technology
Follow 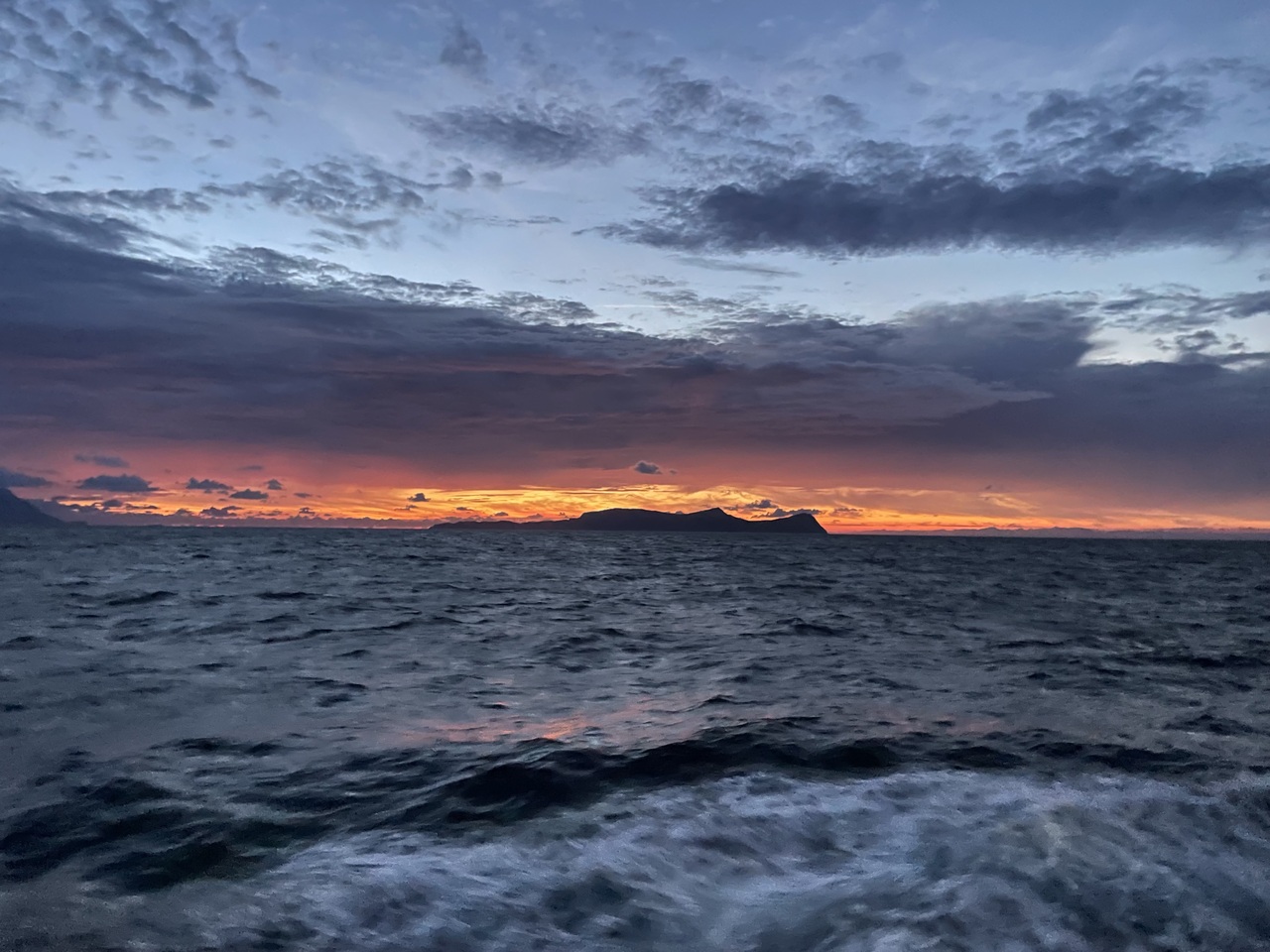