A community from Nature Ecology and Evolution
Contributor Scientific Reports

The little frugivores that run a threatened tropical rainforest

The local, global or functional extinction of species can erode important ecological services in tropical forests. Many mutualistic interactions, such as seed dispersal of large seeded plants, can be lost in large continuous forests due to the rarity of large-bodied mammalian frugivores.

Rainforests have always interested me since I was a child, but when I took a field course on Frugivory and Seed dispersal in 2012, my view on forests took on a different dimension. The course took place in southeast Brazil in Intervales State Park, a 40,000 ha protected area of the Brazilian Atlantic forest. Intervales is home of 430 bird and 121 mammal species, and it is a destination of naturalists who want to experience the luxury of a rainforest. The 7-day course was taught by Dr. Mauro Galetti, along with other professors and changed my life as a scientist.

Mauro is an enthusiast of field ecologist and has been asking how would the world be without wild animals. I would characterize him as a person “a little obsessed with ecological interactions”. It did not take long for me to catch on the same enthusiasm. I remember Mauro starting lectures saying they were “crazy about frugivory”. A while later I finally understood and I must admit that craziness caught on me.

One of the first field practices we did was an observation on seed dispersal on Cecropia trees. Basically, we kept close to some fruiting trees, while with our binoculars we observed all the birds that came around. It was my first time watching birds interacting with fruit. I ended up with neck pain from the hours passed completely absorbed watching piping guan, tanagers and toucans, enjoying a fruit buffet. To watch animals interacting with fruits is what scientists called frugivory and the implications of this simple interaction goes beyond natural history. These observations helped me model within my conception of the processes that take place in the forest. Years later, while writing my thesis, I ran into Mauro again and along with my current supervisor, Dr. Katia Ferraz, we outlined my PhD research project.

Tropical forests are considerably dependent on its fauna because 90% of all trees depend on animals for seed dispersal and germination. Without animals, all produced seeds will fall beneath the parent tree and will succumb to competition or get eaten by rodents or insects.

In the Atlantic rainforests of Brazil, that relationship between plants and animals is not different. However, we knew little about how they occur in areas with different stages of conservation. The idea that followed was simple: set up camera traps around fruiting trees and wait to see the animals feast on the buffet.

It so happens that the forest is not a homogeneous continuum. In the case of the Atlantic forest is abundantly clear. Even though there are areas that looks pristine, they have some indication that something is not all good. Many “pristine” forests with larger frugivores such as tapirs, deer and peccaries are far from being “pristine’.

Basically, we wanted to know who could be behind large fruit removal in areas with a poor community of mammals and birds, and, if in those areas where there were still large frugivores, they continued removing fruit all around. At the end of two years collecting data and after almost two hundred camera traps installed, we had a gigantic set of images and information.

With the data at hand, we needed to understand how that complex set of biotic interactions involving plants, mammals and birds were correlated with the lack of large dispersers. It was at this point that I met the Dr. Wesley Dáttilo, a young Brazilian researcher working at Institute of Ecology AC (INECOL) in Mexico.

With the species networks ready, we saw that the largest part of frugivory in our areas (72%) was made up of small (<300 gr) rodents and birds. Especially in areas where the defaunation gradient was high, who removed more fruit were small animals such as squirrels and small birds.

Squirrels as well as other small rodents are primarily seed predators, in other words, they help with the process of plant control in the forest, but make non-viable seed dispersal and further seed germination. The latter situation was expected. The effect of “rodentization” was already highlighted by other authors and implies a population increase in the number of rodents in degraded areas, over-exploited, or with a marked absence of larger animals that help in the control of such prey.

On the other hand, what called our attention was finding that even in areas where we still had all the large frugivores (less defaunation) the largest part of seed removal was still being done by squirrels and small birds.

The functional change in the role of frugivores that effectively act in the removal of fruit and seeds, may compromise the processes that follow frugivory, such as seed dispersal. Larger animals manage to remove larger fruit, in greater quantities, and transport them to larger distances than small animals.

It only takes imagining the quantity of fruit that a tapir may eat and the distance that it can cover along the day, dispersing seeds around the forest, versus a small rat, that tends to eat under the trees where it finds fruit, that takes seeds one at a time and not much further than a few meters away from where it found it.

The change in dispersal agents in tropical forests, may lead in the future to a change in the structure, composition and dynamics of many plants that depend on those agents for seed dispersal. Understanding how those changes occur and how they affect the forest, may help scientists to better direct their conservation strategies tropical forests.

I am very grateful to Mauro Galetti, Wesley Dáttilo, Pedro Jordano, Mathias Pires, Dáfini L. Bruno and Dudu Coladetti for the photos and for their contributions in this post. 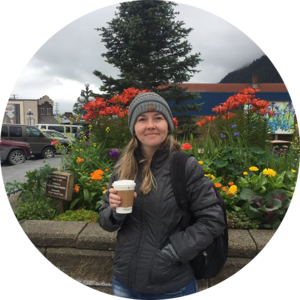