A community from Nature Ecology and Evolution
Editor
COP15

Conservation scientist Professor James Watson discusses the vital importance of the upcoming United Nations Biodiversity Conference that takes place in Montreal, Canada, in December 2022, and its implications for the conservation and protection of the natural world over the coming decades.
Simon Harold
Senior Editor, Nature Ecology and Evolution
Follow
Like Be the first to like this
0

This Q&A is re-posted from The Source

Could you outline briefly what the upcoming UN Biodiversity Conference (COP15) is, and what the aims and outcomes of it are?

COP 15 is an incredibly important meeting, as it is where we end the 2020 strategic plan for biodiversity (known as the Aichi Targets) and sign off on the post-2020 Global Biodiversity Framework (GBF), which sets the next ten years of goals and targets that signatory nations are obliged to meet. So effectively it’s a once in a decade global meeting, which is both exciting and scary. It is exciting because we can fix up the targets and goals so they better align with the Convention on Biological Diversity’s (CBD) overall mission. It’s scary because if nations don’t sign up to an ambitious agenda, we lose ten years.

The conference was initially scheduled for October 2020 in Kunming, China, but has had to be postponed four times until now. How much would you say this delay has impacted the protection of nature more generally, given that the Global Biodiversity Framework’s aims are to guide actions up until 2030?

The loss of two years is not great but it means that nations have had an enormous amount of time to deal with new text around the GBF and what it means for implementation. One of the criticisms of the 2010 Aichi Targets were that nations took years to understand them properly, and implementation was extremely slow. This time there is no excuse as there has been plenty of time to digest the drafts of the GBF and know what they are signing up for. It should mean implementation is far faster than what we saw in the previous decade.

In your view, what is the most important thing that the post-2020 Global Biodiversity Framework needs to get right if it is to achieve its aim of ‘Living in harmony with nature’?

There are number of core things that need to happen. The first is the financing components need to be nailed down and be at the right level to meet the wider goals and targets. There is no point setting targets if they are not well financed – it just defeats the purpose and sets us up for failure.

The second thing is to embrace the new targets around ‘no net loss’ of ecosystems and their integrity. These new targets are critical for safeguarding biodiversity and are arguably the biggest addition to the last ten year plan. If we safeguard ecosystems and ensure that there is no more degradation (and a lot more restoration), we will see the bounce back of biodiversity and ecosystem services. But if these targets are gamed by nations, and measured in ways that do not meet their intention, then the GBF is doomed to fail and there is unlikely another chance to bring back biodiversity.

The third thing for nations to remember efforts like ’30 by 2030’ (when it comes to protected areas, protecting 30% of land and sea) are a start, not an end. These are interim targets that need to speak the 2050 vision.

How likely is it that the conference will yield a single target for biodiversity conservation, analogous to the 1.5°C target set by the Paris Agreement on climate change?

It's not likely at all as biodiversity is just far more complicated than atmospheric accounting for greenhouse gases. But the reframing of ecosystems around integrity and no net loss starts to get a ‘1.5 degree moment’. While there are crucial other activities needed beyond ecosystem extent and quality preservation (such as halting species extinction), if we get this right, many objectives will be achieved.

What are likely to be the most controversial topics under negotiation at the conference, and what are the main sticking points likely to be?

Finance is always the sticking point and who will pay to whom, by when. There are also related issues around fair and equitable sharing of benefits when it comes to genetic resources. But the good news is there has been a lot of time to think through these issues while the COPs have been abandoned over the past 2 years and some of the more ‘robust’ countries (e.g. Brazil, USA) have had changes of leadership recently that mean there is a chance of better outcomes.

How much do you think the recent pandemic and global cost of living crisis might influence the upcoming negotiations?

There is a worry that nation’s leadership are going to be worried about domestic affairs when it comes to the economy and trying to work how to get out of debt caused by the pandemic. But the bottom line is, the biosphere needs to work and if there is one lesson we can learn from the pandemic, it is that environmental degradation will ultimately cost humanity in the end. There is some hope the pandemic may lead to a shift in how we view the environment, in the same way that climatic extreme events have served as a wake-up call on action for climate change.

On a personal level, how hopeful are you that the conference will produce meaningful change for nature conservation and protection?

I believe the nations will sign off on an ambitious GBF because they just have to. The issue is, like with the Aichi Targets, implementation and action on these targets and goals. It needs leadership from a number of like-minded rich nations to get the ball rolling. I can’t see this at the moment but I recognise this does change quickly and the GBF allows for nations to become leaders if they chose to. So I think there is hope that the plan will be good enough to set the path for ‘victory’ and there is also a clear theory of change that nations can take up and go with, if their citizens force governments to take it seriously. It’s not just blind hope we are relying on, when it comes to abating the biodiversity crisis

Visit our SDG15 hub for selected research content and more discussions around Life on Land.

James Watson is a Professor of Conservation Science at The University of Queensland. He leads the Green Fire Science research group (www.greenfirescience.com), whose mission is to do policy-oriented research aimed directly at improving the outcomes of conservation around the world. He also leads the Research and Recovery of Endangered Species (RARES) Group (www.rares.org.au)  whose mission is to work with partners to do applied research that is linked directly to the practice of site based rare species conservation. James founded the International Union of Nature Conservation Climate Change Specialist Group in 2012. He was the chair of this specialist group between 2012-2018 and led the development of IUCN Best Practice Guidelines when it came to species assessments, protected area assessments and World Heritage Assessments. He served on the United Nation’s International Panel for Biodiversity and Ecosystem Services (IPBES) Data and Knowledge Task Force between 2016-2020, with a core role of better getting climate assessments into IPBES reports. He is a Research Fellow for the United Nation’s Environment Program, a Senior Technical expert for the United Nations Development Program’s Global Programme on Nature for Development.  James has published more than 300 peer-reviewed papers on conservation related matters, often with a focus on climate change, protected areas and their roles, and humanity's footprint on the planet and what it means for averting biodiversity loss and human-forced climate change. 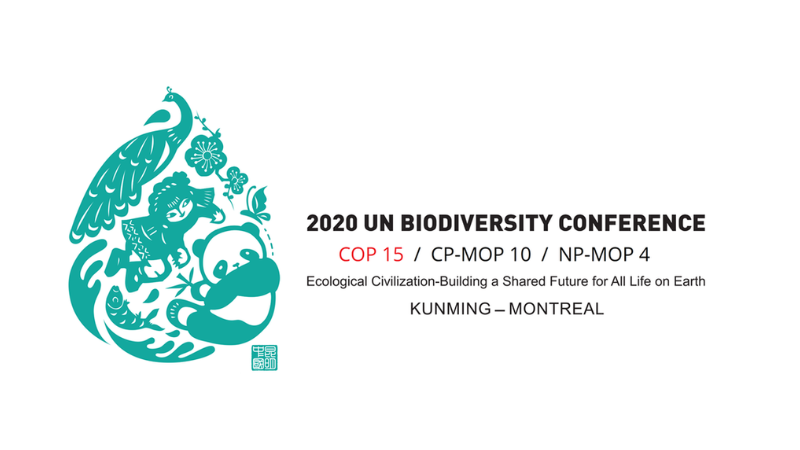 Conservation scientist Professor James Watson discusses the vital importance of the upcoming United Nations Biodiversity Conference that takes place in Montreal, Canada, in December 2022, and its implications for the conservation and protection of the natural world over the coming decades.