Delavaux et al. uses global plant databases to examine how the types of mycorrhizal fungi influence the colonization of plants on islands. Their results show that arbuscular mycorrhizal (AM) symbiosis limits plant species’ establishment on islands more than other mycorrhizal associations, and that t…

In our paper ‘Mycorrhizal types influence biogeography of plants’, we expand on previous work showing that mycorrhizal fungi overall influence biogeography of plants. Previously, we had found that the native flora on islands was composed of a lower proportion of mycorrhizal plant species than on mainlands, suggesting that plants that associate with mycorrhizal fungi are at a disadvantage when colonizing islands, presumably because mycorrhizal fungi were absent from the island. Because most work looking at this symbiosis has occurred on mainlands, this simple generalization that island systems had a lower proportion of mycorrhizal plant species was important. It had implications for conservation and restoration of these island systems. Here, we took this a step further and began thinking about differences between the major types of mycorrhizal fungi and their symbioses. We considered two opposing hypotheses that might drive a stronger co-limitation of plants and their symbionts for either AM or EEM (ectomycorrhizal and ericoid) plants. These hypotheses centered around differences in dispersal limitation and host specificity between mycorrhizal fungi. AM fungi have more limited ability to disperse than EEM fungi, predicting a stronger AM filter on plant establishment of plants that associate with these fungi. On the other hand, EEM plants are more specific in their associations, meaning that the chance that the appropriate EEM fungi arrives before the plant that requires it is relatively low, predicting a stronger EM filter.

In the end, we found that AM plants exhibit the strongest filter, with AM plants underrepresented on islands, supporting AM dispersal limitation as the most important determinant of mycorrhizal influence on plant island establishment. Moreover, the reduced colonization rates of AM plants was followed by higher rates of speciation of these plants, as far islands had greater proportion of endemic AM plants. Initial reduced colonization by AM plant species paved the way for greater diversification of AM plants once their fungi arrived. We then looked at how human driven naturalization of plants alters these mycorrhizal patterns. Long story short: humans are increasing the proportion of all mycorrhizal plant species relative to native island floras. We are introducing enough AM plant species, through ornamental, agricultural, and other means, likely by co-introducing these plants with their symbionts, that this reverses the initial AM filter seen in the native flora.

Many people might wonder why we spent years working on this project and why it motivates us. How is this practical? How can it help improve the world? Here is my take. At the core of all ecological basic science is, ideally, 1. A genuine curiosity of how the natural world functions, how it is organized, and 2. A hope and knowledge that eventually this information, these findings, will be useful.

Here, what did we find? This incredibly important partnership between plants and fungi that occurs across the earth is completely different than initially assumed on an entire subset of the world: islands. Islands are not what we’ve been studying for the entire history of the field. The plants that arrive and establish on islands are altered by the initial absence of this symbiosis, with the symbiosis representing a lower (but still very present) part of the system. The strongest limitation to establishment of mycorrhizal plant species appears to be dispersal limitation of AM fungi in particular.

Why do you care? This knowledge means that traditional assumptions about ecosystems and restoration may need rethinking when applied to islands. When I first read about mycorrhizal fungi, I read that these fungi are essential to most plants in the world, and that they were basically always helpful. And it is true that on mainlands, inoculation with AMF in severely degraded sites and reintroduction of native AMF in recovering sites accelerates ecosystem recovery (Koziol et al.). With our work, we find that island systems may not rely on these fungi as much as mainlands. This means that we may have to reassess the assumptions of ubiquitous positivity for mycorrhizal fungi. Addition of mycorrhizal fungi on islands may, in some cases, benefit naturalized plant species instead of native ones (Duchicela et al. 2020).

Obviously, there is much more work needed to be able to suggest specific management tactics for any given island system. But, this basic ecology question we answered has shed light on a major difference between the plant-mycorrhizal patterns on mainlands versus islands, giving us a new important piece of the puzzle to move forward and make better conservation and management decisions.

Graduate School: The guide to getting things done 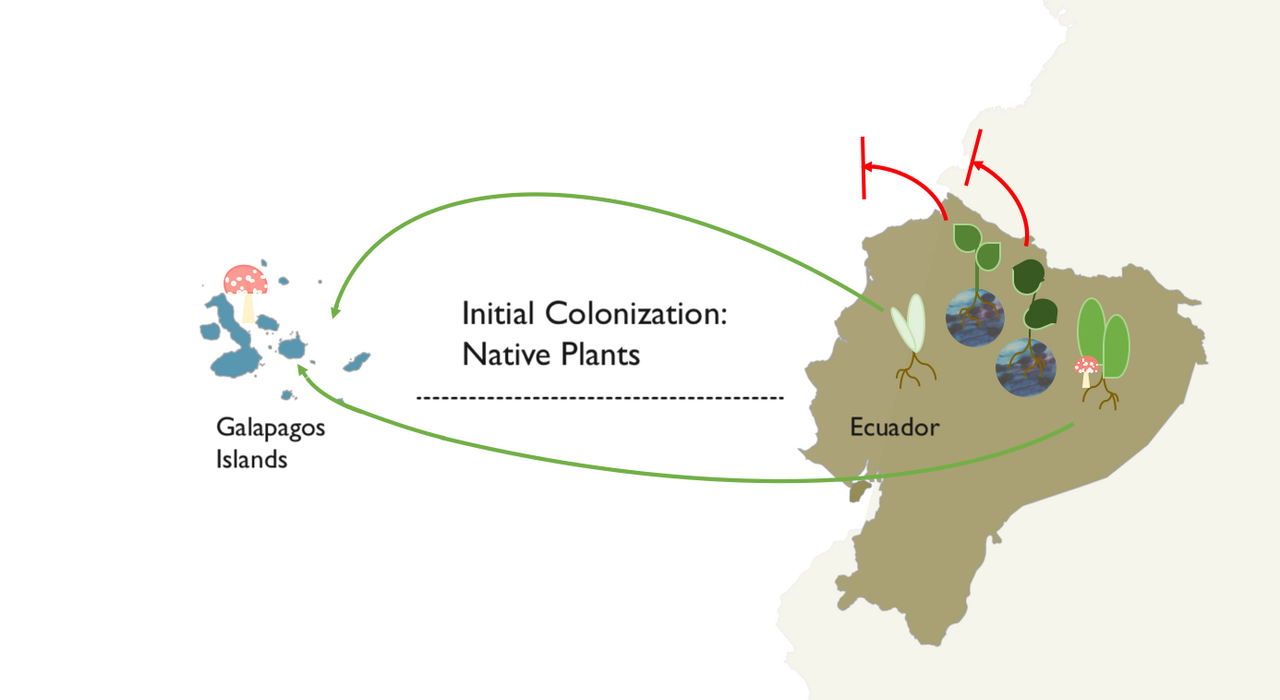