Biodiversity monitoring is vital for understanding the impacts of climate change, human disturbance, and monitoring invasive and endangered species. We explored, for the first time, the use of airborne environmental DNA (eDNA) as a method of whole plant community monitoring.
Mark Johnson and Mark Johnson
2 contributors
Like Liked by Evelina Satkevic
0

Background Airborne environmental DNA (eDNA) research is an emerging field that focuses on the detection of species from their genetic remnants in the air. The majority of studies into airborne eDNA of plants has until now either focused on single species detection, specifically only pollen, or huma…

Lubbock, Texas is a challenging place to conduct traditional plant community surveys. It seems that just about every plant species you find is trying to stab you, while most of the animal life is trying to bite you. Honey mesquite (Prosopis glandulosa) for example, loves growing in dense patches in this environment while also sporting some rather impressive thorns. In addition to the biota making surveys challenging, the weather with >100 °F daytime high temperatures in the summer and haboob dust storms in the fall also offer unique challenges (Figure 1b). While these challenges may be specific to Lubbock, any location on Earth is going to offer unique challenges to field work and biodiversity monitoring. Despite these challenges, increasing rates of disturbance from climate change, biological invasion, and habitat destruction, make the monitoring of those ecosystems all the more important. However, traditional surveying, in addition to being physically challenging, oftentimes destroys the environment, takes long periods of time, and requires a lot expertise to accurately identify species. These challenges and shortcomings of traditional surveys matched with an urgency to conduct biodiversity monitoring indicates a need to explore other avenues of species detection. That’s why we have turned to the use of cutting edge genetic methods to address some of these concerns.

One of these genetic methods is environmental DNA (eDNA), which refers to the genetic material that is shed from an organism into its environment. Researchers can than collect bulk environmental samples such as water, soil, or air to determine whether that sample contains genetic material from a species of interest. Furthermore, this method has been shown to directly address the limitations of traditional surveys by being faster, more efficient, and less invasive. In our recently released manuscript we were interested in determining if airborne eDNA could be used to survey a whole plant community. Anyone who has suffered from allergies can attest to the fact that there is plant DNA in the air. While that means that there is pollen present, there is also DNA from a variety of other sources such as leaf fragments, flower fragments, and free floating DNA. Furthermore, we know that airborne eDNA is sensitive to the environment and can detect this varied material and acute changes on the landscape. This means that we can expand airborne eDNA analysis past pollen and single species detection to assess all the species on a study site regardless of how they pollinate (wind, insect, animal, etc.) or if they are currently pollinating.

To test this hypothesis, we preformed both a traditional and airborne eDNA plant community survey over the course of a year across the Texas Tech University Native Rangeland (Figure 2A). We revisited the thorns, heat, and snakes twice from June 2018 to June 2019 to conduct our traditional plant survey. The traditional surveys consisted of 9 sampling locations, each consisting of three 100 m transects organized as spokes around a central point. While this was taking place, we also deployed nine Big Spring Number Eight (BSNE) dust traps across the rangeland at the center of each one of our spokes (Figure 2a).  Each BSNE trap consisted of two independent triangular metal collectors approximately 0.9 and 0.4 m above the ground (Figure 2b). Each collector included a metal sail that aligned the opening at the front of the collector into the wind to collect dust and particles at the bottom of the trap. The traditional surveys took hundreds of work-hours each to try and complete, with over ten volunteers and plant identification experts all working together to try and find the most diversity possible. On the other hand, the eDNA sampling events took only two hours to complete so we were able to sample eDNA 22 times across the entire year, taking fewer work-hours than a single traditional survey.

Figure 3. Venn diagram displaying the number of (A) grasses, (B) forbs, (C) and trees that were found by the eDNA and traditional methods alone and together

Detecting and analyzing airborne eDNA has the potential to revolutionize the way plant communities are surveyed. Furthermore, we were able to detect various forms of species, regardless of pollination syndrome, indicating that airborne eDNA is not beholden to the presence of pollen or just wind pollinated species. With much less effort, we were able to detect more species than a traditional survey, including more invasive species. While more research is needed into the ecology of airborne eDNA (origin, state, transport, and state), airborne eDNA in general could help to detect invasive species, endangered species, track climate change, and monitor biodiversity. Thinking back to the challenges of monitoring the Lubbock plant communities (and other plant communities across the world), airborne eDNA could help to address these challenges while providing a plethora of information that could be used to better understand this changing world. 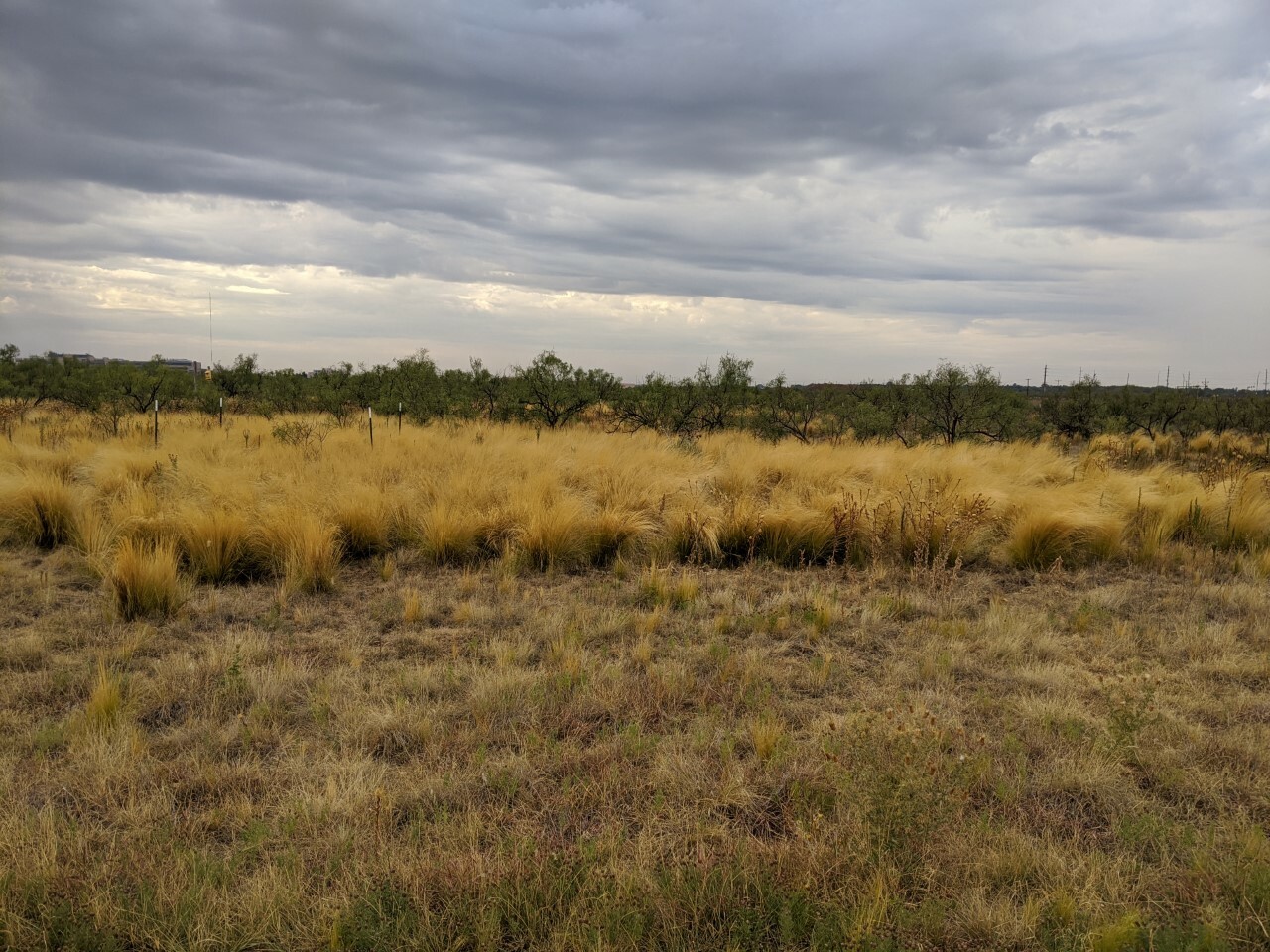 Biodiversity monitoring is vital for understanding the impacts of climate change, human disturbance, and monitoring invasive and endangered species. We explored, for the first time, the use of airborne environmental DNA (eDNA) as a method of whole plant community monitoring.