In our last work ( https://doi.org/10.1111/cobi.14035) we found that Achieving the Paris Agreement's commitments would substantially reduce the contraction of the climatic niche of mountain carnivores and ungulates.
Chiara Dragonetti and Moreno Di Marco
2 contributors
Like Liked by Evelina Satkevic and 1 other
0

Mountains are among the natural systems most impacted by climate change and mountain mammals are considered particularly imperilled, given their high degree of specialization to narrow tolerance band...

As many other ecosystems in the world, mountainous areas are very sensitive to climate change and human pressure in general. Mountains have always had a very important cultural and spiritual role for humanity, metaphorically symbolizing the earth-sky contact and thus bringing humans closer to the divine. The importance of mountains is extraordinary: even if they represent less than 20% of the terrestrial land surface  they host  1/3 of the world's species diversity and ½ of all biodiversity hotspots. Mountain biodiversity must face the great challenge of climate change, to which it will have to adapt, otherwise it will perish. In 2015, with the Paris Agreement, the member states of the United Nations Framework Convention on Climate Change set two important objectives for tackling climate change: limiting global warming to 1.5 °C and 2 °C compared to pre-industrial levels.

But how significant are these two goals for mountain species? I decided to investigate with my colleagues what will be the fate of mountain carnivores and ungulates in 2050, according to different scenarios of warming and emissions, one of which represents the limits imposed by the Paris Agreement. We calculated for each species the probabilities of niche change: expansion, reduction, stability, or shift. In addition to climate change, we decided to take into consideration another driver, which is quite relevant for mountain ecosystems: land use change. In fact, this threat is particularly important in tropical mountain areas, where mountain environments are more and more threatened by the expansion of lands intended for agriculture and grazing.

We found that the risk of mountain carnivores and ungulates is not high in general, and no species had a probability of reduction of their niche higher than 50%.  Despite that, achieving the Paris Agreement's commitments would substantially reduce climate instability for mountain species. Specifically, limiting global warming to below 1.5 °C would reduce the probability of niche contraction by 4% compared to a high emission scenario.

Globally, carnivores will experience a greater niche contraction than ungulates, while ungulates will be more likely to shift their niche (i.e. face a level of climate change that might allow adaptation). Specifically, medium   and   large carnivores (Felidae, Canidae, Ursidae) will have the highest risk of niche reduction in 2050. Analyzing the probabilities based on the geographical origin of the species, we found that species which inhabit the Andes and the tropical mountains of Southeast Asia will face the highest probabilities of niche contraction, together with the ungulates from the Tibetan Plateau.

We also found 23 species threatened by climate change according to the IUCN Red List which will suffer from a greater niche contraction compared to the other species we analyzed (3% higher on average). About half of these species are already facing high extinction risk and deserve immediate conservation attention, as a reduction in their climatic niche   coupled   with   high   levels   of   endemicity   will   likely   reduce   their probability of survival.  Mechanisms such as translocation or creation of habitat corridors might soon be needed for these species, which include the red panda (Ailurus fulgens), the snow leopard (Panthera uncia), and the taruca (Hippocamelus antisensis) among others.

Thus, we found that globally mountain mammals might be on average less in peril than other mammals, but there are important exceptions of species facing high risk. Mountains have provided refuge for numerous species during past climate shifts and are expected to give protection also under upcoming climate change events, especially for those species which inhabit the edge of the mountain ranges, and which will thus easily find more suitable climates in these areas.

We therefore argue that both bold climate mitigation policy, and rapid species-specific conservation intervention might be needed to avoid high risk of loss especially for already vulnerable species. In addition to climate mitigation, targeted actions for more sustainable land-use must be part of the international policies to preserve mountain areas, especially in Africa, Southeast Asia and South America, where   countries   host   several   fragile   mountain   mammals   and   face   important challenges for human and economic development. 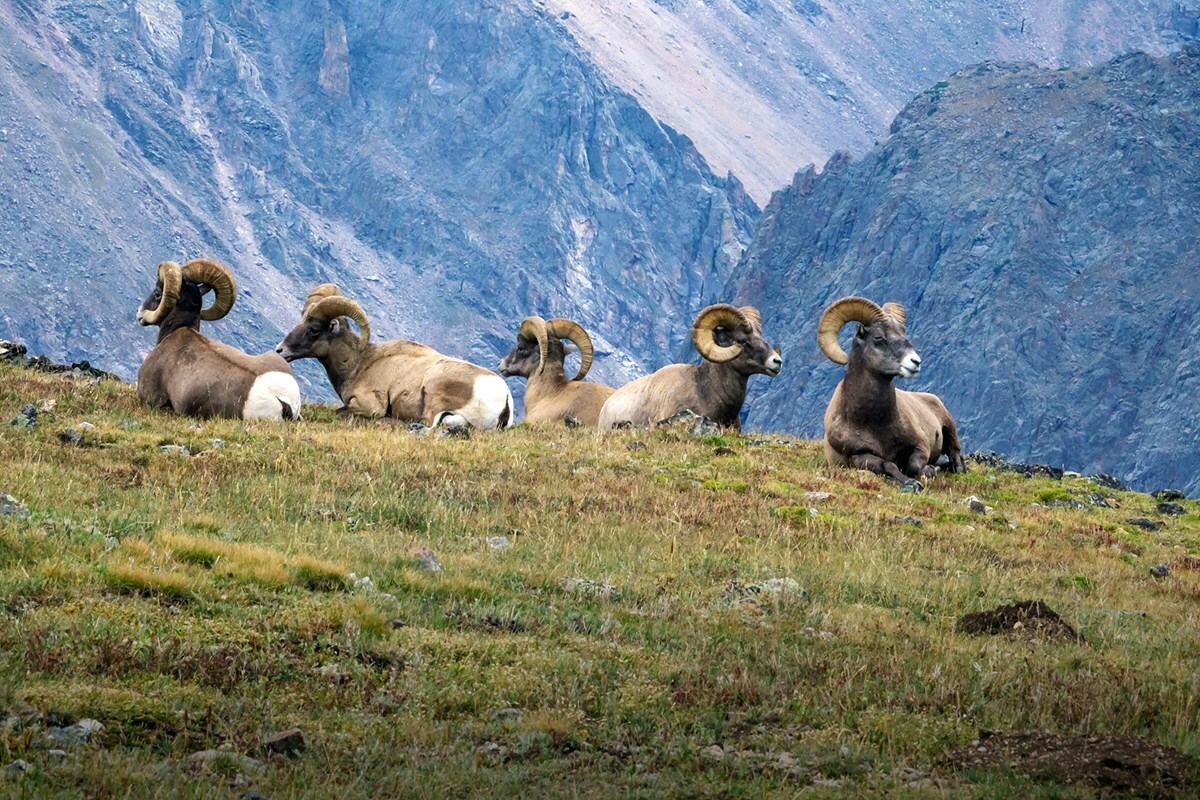 In our last work ( https://doi.org/10.1111/cobi.14035) we found that Achieving the Paris Agreement's commitments would substantially reduce the contraction of the climatic niche of mountain carnivores and ungulates.