We implemented hierarchical mixed-model meta-analyses to assess how global change stressors affect marine life, and found that the impacts of hypoxic events surpass those yielded by the projected levels of future ocean warming and acidification. 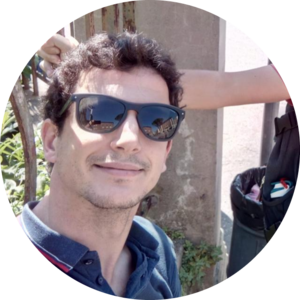 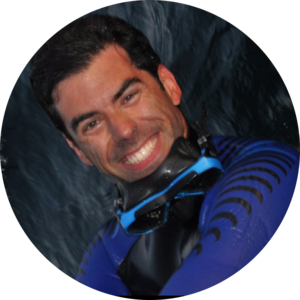 The global ocean has been shielding our planet from abrupt climate change by absorbing a large portion of anthropogenically emitted carbon dioxide (CO2) and the excess heat trapped in the atmosphere, leading to ocean acidification (i.e. decreasing seawater pH) and ocean warming (i.e. rising seawater temperatures). Additionally, oxygen loss in the ocean is being exacerbated by OW and reinforced by geophysical and biochemical processes. Referred to as the “deadly trio”, these three stressors are expected to elicit major negative impacts in marine ecosystems over the forthcoming years, with consequences for human well-being and socio-economic prosperity.

Since the 2000s, there has been a remarkable increase in the number of scientific studies addressing the impacts of both warming and acidification in a wide variety of marine organisms, however oxygen loss has attracted far less attention in the scientific community. To help bridge this knowledge gap, in this work we integrated the existing global change literature and assessed the potential impacts elicited by the looming “deadly trio” on marine life. We undertook a sequential hierarchical meta-analysis approach, collecting data gauging the impacts of hypoxic events, ocean warming, and ocean acidification, and incorporating stressor magnitude in the models. We also managed to collect enough datapoints to estimate the joint impact of combined ocean warming and acidification.

We found that oxygen loss is a major anthropogenic-related stressor, posing a severe and pervasive risk to marine organisms and exceeding the combined effects projected for warming and acidification. Our study also showed that hypoxic events impact a wide range of biological responses, affecting marine life at different levels of organization, which can be expected to elicit cascading effects in marine ecosystems with potential socio-economic ramifications. Such prevalence and magnitude, demonstrated across traits, taxa, ontogenetic life stages, and climate regions, indicate that current global change-related research efforts should pay far more attention to the role of oxygen concentration as a stressor. Importantly, transient versions of these phenomena (in the form of hypoxic events, marine heatwaves, and extreme acidification events) are already taking place nowadays and have present-day consequences from both ecological and a socio-economic standpoints. Being that these events are expected to become more widespread and to escalate in intensity over the next decades, it is important to address them under controlled conditions to better understand their consequences and ramifications.

Yet, experimental studies on the joint impact of all three stressors on marine fauna are still scarce, leaving a gap for the scientific community to fill. Past records indicate that extreme levels of the “deadly trio” jointly contributed to mass extinction events, where approximately 95% of all marine species became extinct, e.g. the Great Permian Extinction. We hope our paper stimulates studies addressing the interplay between all three elements of the deadly trio in a balanced design, aiming to assess the impacts of gradual, but perhaps more urgently, extreme and sudden changes. It is paramount to move towards multi-stressor scenarios that incorporate oxygen depletion, and generate more holistic and accurate predictions of biological responses to the oceans of tomorrow.

This is great reporting! Looking forward to more results.