The yield benefits of intercropping can be large, but could be even larger

Cultivating a higher number of crops simultaneously in a plot increased seed yield significantly, but less so than vegetative biomass. The reduced resource allocation to seeds in more diverse crop plant communities might be due to the domestication and breeding of crops for use in monocultures.
Christian Schoeb
Professor , ETH Zurich
Follow
Like Liked by Gao Jianguo and 2 others
0

Plant diversity for agriculture has been found to increase biomass, but what about resource allocation? This study of two- to four-crop species mixtures finds increased productivity compared with monocultures but reduced harvest indices, since all of the crops studied have been optimized for monocul…

As a plant ecologist working for years in biodiversity research I was always intrigued by the great scientific value of grassland plant diversity experiments such as the Jena Experiment or Cedar Creek. Major discoveries about the role of biodiversity in controlling ecosystem functioning and services have been made in these experiments and consensus was made on the positive effect of plant species diversity on primary productivity.

Despite my scientific background in alpine plant ecology, and maybe also thanks to my personal background growing up on a farm, the Swiss National Science Foundation gave me the unique opportunity to run a Crop Diversity Experiment inspired by these big grassland experiments. At the Irchel Campus of the University of Zurich in Switzerland and at the Aprisco Research Station in Extremadura, Spain, we grew eight different seed crop species as monocultures, two- and four-species mixtures and assessed the impact of crop species diversity on primary productivity. We used commercially available cultivars from both countries and replicated the experiment also under two different soil fertility treatments to get a comprehensive understanding of the biodiversity effects in annual crop systems.

With the two PhD students Laura Stefan and Nadine Engbersen we accrued a large dataset on aboveground vegetative biomass and seed mass of individual plants and whole plots – data with which to test numerous hypotheses around the interactions between plants and how they influenced seed yield. Jianguo Chen came just on time when the dataset was complete for his one year stay with us, and he had the brilliant idea of looking at the resource allocation pattern of the crops in function of the experimental treatments. The necessary data were readily available and the question whether plant diversity had an impact on resource allocation seemed novel and extremely relevant in our agricultural context, in particular given the economic value of the seeds for all our crops.

Jianguo and I then reached out to Bernhard Schmid, with whom we analysed the data and immediately found striking effects of plant diversity on the allocation pattern, with plants investing relatively more resources into vegetative plant growth than to reproduction with increasing neighbourhood diversity. Despite this negative effect of biodiversity on resources allocated to seeds, more diverse crop communities still produced significantly more seed yield, in particular on the more fertile soils in Switzerland. In other words, despite the yield penalty in mixtures through a changed resource allocation pattern, mixed cultivation of crops was still beneficial.

The very limited research of plant diversity effects on resource allocation patterns in grassland communities did not suggest that we would find such a yield penalty when growing the plants in mixtures. We therefore hypothesised that the process of domestication and breeding for optimal seed yield in monocultures compromised the yield of today’s commercially available cultivars in mixtures. The resource allocation pattern has been a major breeding target, with great achievements made towards increased seed crop yield in monocultures in the last decades. Nevertheless, for optimal performance of cultivars in mixtures it will be worth to set up breeding programs for cultivars optimised for mixtures. Our research already suggests a few target traits that might go along with a higher relative seed production in mixtures.

Intercropping, the joint cultivation of more than one crop at the same time on a piece of land, demonstrates great potential for more sustainable agricultural production. If we now build on the achievements made with the development of highly productive cultivars and maybe invest only a small fraction of the time and money spent over the past decades on the optimisation of industrial monoculture cropping, we can likely achieve major advances in a sustainable agricultural production through diversified, mixed cropping – to the benefit of nature and humanity. 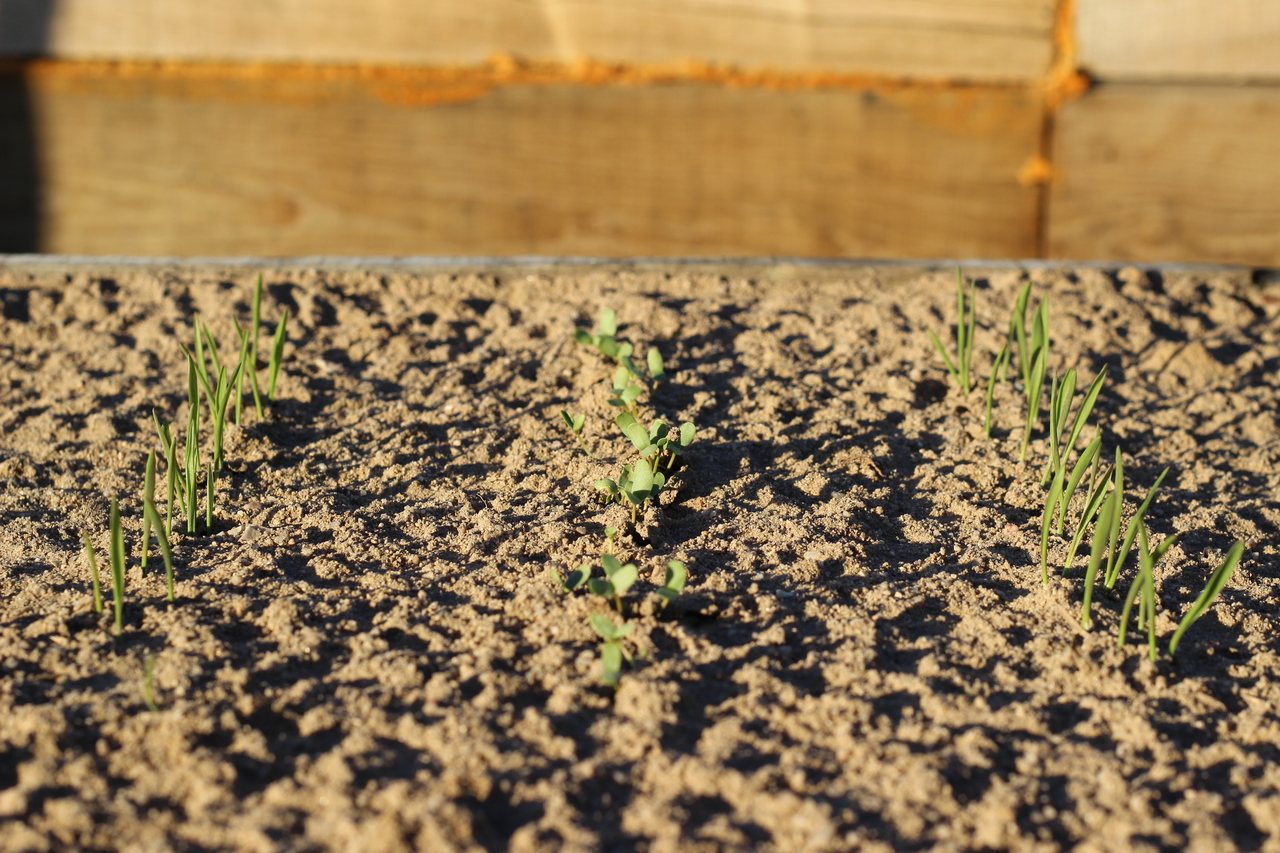 The yield benefits of intercropping can be large, but could be even larger

Cultivating a higher number of crops simultaneously in a plot increased seed yield significantly, but less so than vegetative biomass. The reduced resource allocation to seeds in more diverse crop plant communities might be due to the domestication and breeding of crops for use in monocultures.