Insights into the evolutionary history of human populations may contribute to understanding their adaptive potential or adverse responses to current environmental, dietary and lifestyle changes, and promises to provide valuable foundations for the development of targeted preventive actions when these modifications pose a risk to their health.

New insights into the evolutionary history of Native Mexican populations

By exploring the genomic diversity of fifteen Native Mexican groups, representative of the main pre-Columbian Mexican civilizations, it was possible to explore their fine-scale genetic structure at an unprecedented, detailed level. This approach led us to identify macro-clusters of genetically homogeneous populations that presumably experienced independent adaptive histories in response to different ancestral ecological and/or cultural settings, subsequently guiding us to explore their peculiar genetic adaptations. For this purpose, we used a combination of selection scans and gene network analyses to search for genomic signatures attributable to the action of natural selection under a polygenic adaptation model.

Interestingly, we observed that the metabolic or signaling pathways that underwent adaptive evolution in the considered population clusters turned out to be consistent with anthropological and ethnographic information about the indigenous groups belonging to each of them. This helped us to formulate some plausible hypotheses about the selective pressures that might have contributed to shape the identified adaptive biological traits.

To cite an example, Central Mexican populations, including the Nahua group (i.e., the main descendants of the Aztec civilization), showed evidence of natural selection at loci involved in functional pathways related to dependence on addictive substances, such as alcohol. The millenary habitual consumption of fermented alcoholic beverages and/or plants with psychoactive effects as part of their religious and cultural practices may have led these populations to progressively increase their tolerance to the harmful effects of such substances. However, today this may increase their risk of developing dependencies due to the Westernization of diets and lifestyles, which has entailed increased alcohol consumption and availability of foods stimulating addictive responses (e.g., meat, fried foods, refined sugars).

In fact, our study hypothesized that the Mexican groups who are considered highly susceptible to certain diseases, such as those still characterized by high proportions of Native American ancestry, may have retained in their gene pool adaptive variants inherited from their ancestors that may have become disadvantageous today due to modern changes in environmental and cultural settings, thus influencing such susceptibility.

Why focus on Native Mexicans and how this story began?

During my Ph.D. at the University of Guadalajara, with my mentor Prof. Sonia Roman and the research team led by Prof. Arturo Panduro at the Department of Molecular Biology in Medicine of the Civil Hospital of Guadalajara, we worked on the design and implementation of a “genome-based Mexican diet” for the prevention of obesity-related chronic diseases. This effort was made by considering some adaptive genetic polymorphisms related to gene-culture co-evolutionary processes. However, being these loci few and not all derived from studies conducted on Mexican populations, I wondered if other genes might be primarily involved in the co-evolutionary processes experienced by the ancestors of modern Mexican people. I thought this information could help somehow to strengthen the proposal of tailored and evidence-based nutritional/medical strategies.

Thinking of pursuing a postdoc fellowship to continue growing my knowledge and expertise in this research line, I remembered some of the papers authored by Prof. Marco Sazzini that I encountered during the literature review performed for my Ph.D. project (Sazzini M, et al. 2016; 2016), so I decided to contact him. When I told him about my previous studies, he came up with an exciting project proposal about studying the evolutionary history of Native Mexican populations and its implications for their response to modern shifts in dietary habits and lifestyles. In this idea, he also suggested involving Prof. Andrés Moreno Estrada, whose research work on the genetic and demographic history of Mexican populations I was familiar with (Moreno-Estrada A, et al. 2014), and who coincidentally was his doctoral colleague in Spain. Feeling enthusiastic, I submitted the project proposal for a postdoctoral fellowship from the Mexican Consejo Nacional de Ciencia y Tecnología (CONACyT), which thankfully I was granted, so I moved to the Centre for Genome Biology of the University of Bologna, Italy.

I consider that the multidisciplinary nature of the study due to those of us collaborating was fundamental for its realization and achievement. I cannot deny that for me, having a more biomedical background in the field of nutrition and molecular biology, it was a challenge working with bioinformatics and evolutionary genomics approaches, but I never lacked the support by the Bologna research team who brought their expertise in the field of Molecular Anthropology as well as in genomic data analyses for Evolutionary and Population Genomics studies, particularly Paolo Abondio and Stefania Sarno. I also sincerely enjoyed the process of interpreting the obtained results. It was exciting to notice how the information we inferred about the adaptive history of the studied populations agreed with evidence collected from anthropological and ethnohistorical studies of Native American groups, as well as how the integration of information from basic science studies on the function of genes and pathways progressively brought meaning to the biological processes involved. It was like putting together a 1,000-piece jigsaw puzzle that gradually revealed a beautiful natural landscape.

I also believe that the peer review process, although it took longer than expected, with diverse proactive comments and suggestions, helped to strengthen the results of our study. I have no doubt that challenging research projects require and deserve commitment, patience, and often perseverance.

What’s next in this story?

To further make sense of our results, we are now working on the fine mapping of the identified potential maladaptive genetic loci, assessing their biological relevance and possible correlation with disease prevalence in both Native and admixed Mexican populations.

I am confident that insights derived from this type of study can help lay the groundwork for the development of preventive actions. Nations that are aware not only of the history and culture of their people but also that these are embodied in their genetics and possibly explain some of their current health challenges in the face of the Westernization of their diets and lifestyles have the best tools to be able to implement more targeted evidence-based initiatives.

Find the link to read our article at the top right of this story. 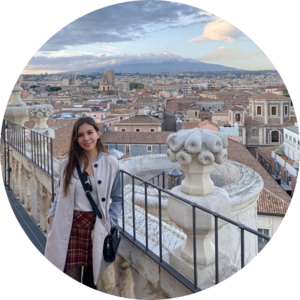 I do research in nutrigenetics, with genome-based nutrition studies aimed at developing tailored strategies, considering the genetic background, diet, and culture of populations, for the prevention and treatment of chronic diseases. In this line, I also became interested in the study of genetic adaptations to ancestral environmental and/or cultural settings of human population groups, which in view of recent global changes might influence the susceptibility or resistance of modern populations to current health challenges.